A few gems from a visit to India

I’m game for something new. Speaking at a national holiday event celebrating the Constitution of India would definitely qualify for “new” – maybe even “once in a lifetime.” 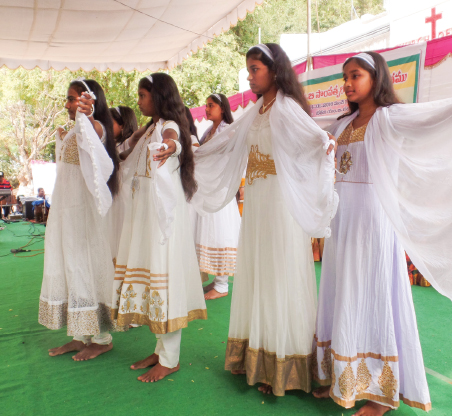 Everyone sang the national anthem, holding a salute from the beginning to the final note. Everyone of course, except the foreigners: me and two German men teaching a pastor training course on campus. In my short speech, I honoured their country and patriotism – and pointed to the “Kingdom that is not of this world.”

Our international community is located in 19 countries, so I have the privilege of encountering quite a variety of cultural expressions. India is certainly rich with such. 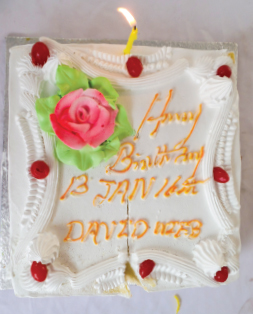 On the first day of my trip, I greeted a women’s conference on behalf of the international community. About 1,000 women gathered. To my surprise, I was called back onstage and presented with a cake decorated with “Happy Birthday David Wiebe.”

Hannah Joseph, women’s ministry coordinator, had organized a little party with 1,000 of my new friends! They sang four (different) verses of “Happy Birthday” and a troupe of girls danced to the most beautiful, graceful music.

Dancing is permitted now, according to what one church leader told me. The MB Conference of India, at 125 years of age, is old enough to get past the North American cultural prohibitions and accept certain India-culture expressions now. Good for them! At a pastor training day, I was treated to a kolattam dance. This features the use of sticks and rhythmic steps – it looks dangerous and intricate and fun.

I’ve had conversations about culture all over the Mennonite Brethren world. Some groups still tend to resist cultural expressions and have a hard time figuring out what is appropriate for Christians to embrace and what is not. Others seem to embrace cultural expressions more. In some cases, they had to “undo” what they learned from culture-phobic missionaries.

I don’t mean to be hard on the missionaries. Our conviction to separate from the world and our notions of the “correct” way of doing things were set deeply, and not easily changed. The power of these notions was evident when I visited the first Mennonite Brethren church in India, built in 1892 by MB missionaries from Russia. It’s now a Baptist church, located on a busy street corner in Nalgonda. When I walked in, I was transported to Lindal (Man.) MB Mission church of my boyhood – exactly the same shape of building, with gothic pointed windows, and the same slatted wooden pews. We had common understanding of what a church ought to look like – seen in Russia, Canada, India and beyond.

One Sunday morning, I awoke to incredibly loud music pouring out of huge loudspeakers on the steeple of the college campus MB church. It was 5:00 a.m. At first, I was disturbed, but then they played the sweet, sweet music from the dancing girls at my birthday party! I relaxed and enjoyed this early morning blessing.

I heard the German fellow in the next room get up to hunt down the perpetrator of this “abuse” (his term). He objected to the early hour and the volume, not to mention that it lasted well over an hour. 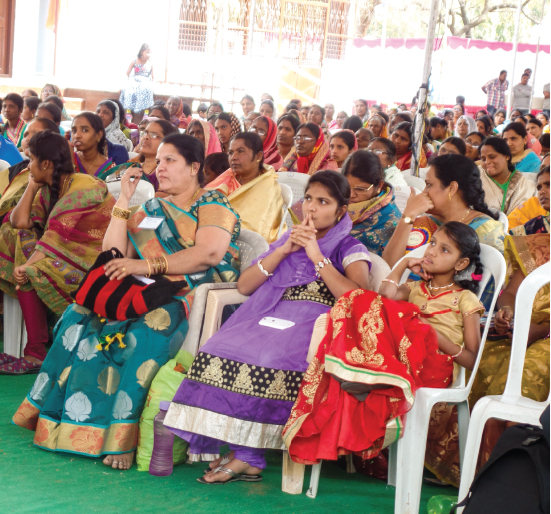 Yet, this is the church’s answer to the early morning call to the mosque! “If they can do it – so can we.”

Since culture plays out so differently, would we not benefit from being cultural students? I feel that too often we attempt to share the Bible and the gospel without trying enough to understand either our own culture, or the one we’re witnessing to, or the one in which the Scriptures were written.

All to say, the “pearls of wisdom” we offer need to be “cultured.” I think our international family can really help us get practiced at this.

—David Wiebe is a fan of The Hitchhiker’s Guide to the Galaxy and podcasts on church history (57 hours and counting). After two decades of working for the Canadian Conference of MB Churches, he has served the International Community of Mennonite Brethren as executive director since 2011.

♦ Singing and dancing with a water can

♦ Faithfulness and hospitality after upheaval

I’ve been in some cultural cross cultural experiences with my dear brother and friend David Wiebe…and the item “Morning Prayer” was something I also experience…I was in that room with him!!! But, instead of that german fellow (that was actually a lutheran pastor and teacher…and all that can bring along…) words of “abuse” I actually felt a marvelous call , almost Heavenly, how the music and words came to my mind.
I remember that we did a long trip to a rural church, around 4 hours, south of Hyderabad, and it was a fantastic service, amazing interaction with the community. Latter, after we came back, I flew back to Portugal…and I was full of God’s joy.