What's New
Through the conflict, life carries on in Ukraine
A FOCUS on Mission
Must Patience Be So Slow?
Harold Jantz: A Heart for the Mennonite Story
Lorlie Barkman: A Life of Creative Engagement
Last Days, First Days
Women in Ministry: Bertha Dyck
January Moment in Prayer “Holy Spirit—Fill Us!”
The Church as the Patient Body of Christ
Advent: Making Much of Jesus: Christmas Day
Home MB HeraldColumns Voyage into the Unknown

Voyage into the Unknown

“That’s impossible! It must be photoshopped,” I said as I looked at an amazing picture in Sagres, Portugal.

My wife and I were in Algarve province, exploring the beautiful cliffs and caves, beaches and blowholes carved by millennia of ocean activity. Sagres is located at the southwest corner of the country.

Its claim to fame is a museum honouring Infante D. Henrique, otherwise known as Henry the Navigator. He lived from 1394 to 1460, a son of Portuguese royalty. Under his inspiration, two new sailing technologies emerged in the 15th century: a ship with greater agility, called the caravel, and techniques for sailing against the wind.

Henry is credited with setting the stage for the age of discoveries for Portugal and for Christopher Columbus to reach North America in 1492.

We had just toured this museum, spread over four square kilometres in a park atop the 30-metre cliffs overlooking the vast Atlantic stretching unbroken to the western horizon. We passed blowholes where we could actually hear the ocean unseen far below. I wondered what kind of water power carved these holes 50 metres away from the cliff edge.

Then, I saw the picture in the gift shop. Someone had photographed a wave crashing against the cliff, with the splash rising high above it! A hundred foot wave?! Impossible, I thought, until I saw videos of surfers riding 100-foot waves at Nazaré, Portugal. 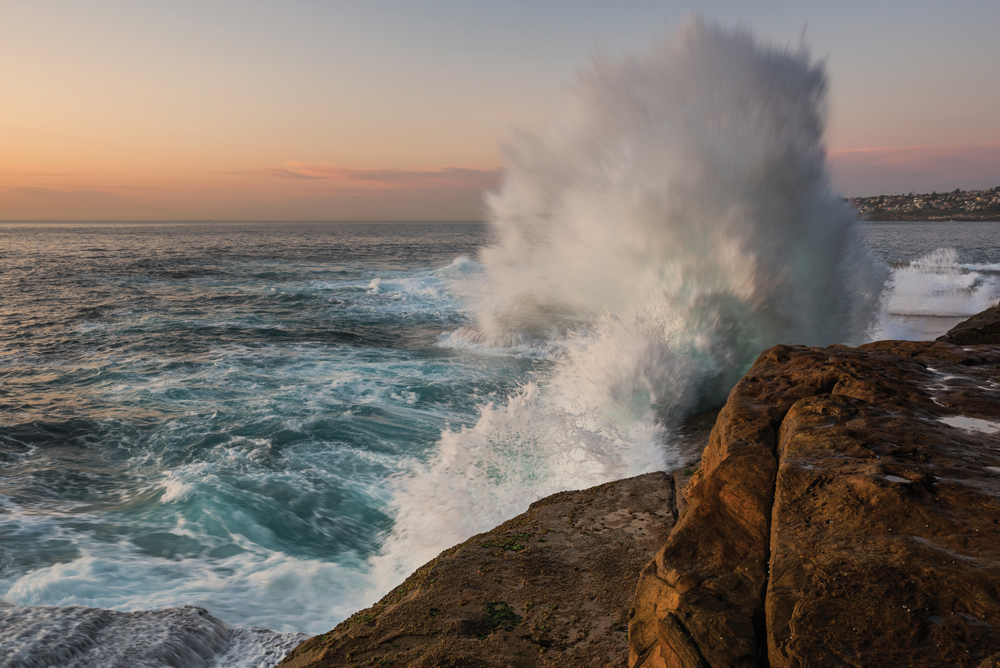 It really struck me: what courage it took for sailors to set out in such tiny ships to explore the world!

Starting a new year doesn’t sound nearly as daunting. Our resolutions for personal improvements typically don’t require the same resolve to conquer unknowns while risking life and limb to do it.

Still, Christians might be sailing pretty rough waters these days.

For example, how shall we navigate our changing culture? We lament that postmodernism is rewriting the rules of truth. However, can we say that the materialistic machine of modernism was or is a better model? Truth is in Christ – a person who said, “I AM the truth” (John 14:6).

An ancient Christian named Makarios taught that we should strive to be the “friend of God, brother of Christ.” Paul wrote, “You have come to know God, or rather to be known by God…”(Galatians 4:9, ESV). This turn of phrase strongly implies friendship. What implications does this have on our discipleship and witness today? What implications does this have on relating the gospel to sexual ethics and related hot issues; the definition and misuse of power in the church; our largely unchecked materialism and its power over us?

How shall we navigate the challenges of terrorism and its effects?

Should we welcome Syrian refugees openly or be cautiously reluctant? Of course we worry about terrorism. But is the terrorism of the Islamic State much different from the state-sponsored terrorism of Leopold of Belgium in the Congo (10 million deaths); of Hitler on Jews, Jehovah’s Witnesses, Roma, homosexuals, persons with disabilities and more (11 million); of Stalin toward Ukrainians (7 million deaths)?

What about the terror unleashed on the First Nations of North America for five centuries after Columbus “discovered” this continent?

What implications does all this have on our commitment to a message of peacemaking in the name of Christ? I think it should drive us toward it, since if we don’t witness to peace in our world, who will?

The new year stretches out before us. In a sense, the future provides no navigation lines to guide us. Yet we have a Captain who directs our lives. We truly must lean on and obey the word of our Captain. It will be a struggle! We wrestle; we contend (Ephesians 6:12). We do it with truth, righteousness, the gospel of peace, faith, salvation, the Word of God and prayer (6:14–18) so that our proclamation is clear and powerful (6:19) even if we are oppressed and bound because of it (6:20).

Here we find courage and direction to face our future, big waves and all.

A special people and a very important mission