What's New
Leading through the trauma of covid: Part two...
Ask God which town
Where to from here?
CCMBC National Director attends 2022 ICOMB Summit
MCC Canada and MCC Manitoba sell shared property...
The world appears to be growing darker
Sharing a new and unified language
6 reasons to attend the MWC Global Assembly...
One too many
Just one more
Home MB HeraldColumns Women of valour in DR Congo

Women of valour in DR Congo 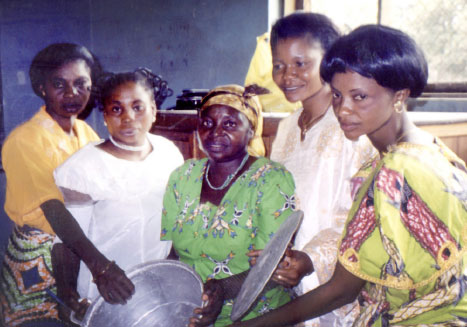 How do they do that?

Several women were holding an aluminum pot they had made for sale in the local markets. I thought such things were only available from retail stores, bought from factories. Apparently not.

It was 2003, shortly after the conclusion of the Second Congo War which embroiled Democratic Republic of Congo (DRC) and seven of its nine neighbouring countries. The ravages of war were apparent through destroyed communities, lost lives and a massive influx of people into Kinshasa, the capital city.

Together with several Canadians, I visited Kikwit, DRC. We spent four wonderful days with local church people, visiting agricultural projects and new church plants. It included a day of seminars – which we visitors facilitated but spent more time listening to the people than speaking.

One seminar was for women, about their contribution to church life through the work of their hands. These women exercised entrepreneurial gifts – born of necessity from poverty and an unemployment rate of 95 percent (in “traditional” jobs). To earn a little cash, they made soap, bottled detergent, shampoo and perfume, and somehow made aluminum pots – all for sale in local markets.

The ode is set in the historical context of repopulated Judah, perhaps two or three centuries before Christ. Many men were conscripted by foreign overlords to work in large public works or serve in their armies. Who would run the farm or the family business? Who could uphold the convictions and culture of the people of God? It would be the household women – verse 10’s “valorous woman,” a translation preferred by Old Testament scholar Ellen Davis.

The woman would have to be valorous – bravely leading and taking care of business in a fragile economy, under uncertain political circumstances.

Proverbs 31 uses the word “hand” seven times – indicating how practical and wise these women had to be to survive. Wisdom (Hebrew hochma), the focus of Proverbs, really meant “good with your hands” in Jewish culture.

My newfound Congolese friends demonstrated this kind of wisdom.

Not that they weren’t tempted to feel like they had to do it all. One woman said rather sharply with her husband sitting beside her, “The women do all the work. We look after the children. We cook. We make these products to sell. And what do our husbands do? Nothing! They just sit around and talk!”

Proverbs 31 doesn’t imply that women are now supposed to do it all. Rather, it honours the vital role of valorous women who shape the culture of the people of God. 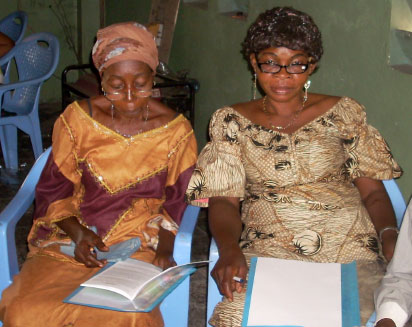 Over time, something wonderful has occurred among the Mennonites of Congo. As women gather to create business opportunities, they study the Bible and pray. Over time, the best speakers have “bubbled up” and have been given spiritual authority. Some are recognized as capable leaders and preachers.

This organic approach has led to many women taking pastoral roles in the Mennonite Brethren churches of DR Congo. In Kinshasa, where some 50 MB churches exist, perhaps one quarter of the pastors are women. I saw the full impact in 2012 when ICOMB sponsored a pastors training event on the International Confession of Faith. Many in attendance were women.

In the last century, MB women from North America were ordained to mission work in DR Congo to provide essential health services, education, evangelism and church planting. Feminism didn’t call these women to mission – God and the church did.

Today, the same two forces – God and the church in mission-expansion – are calling women to lead alongside men in the Congolese MB churches.

About 75 percent of Mennonite Brethren members live in contexts similar to that of the third-century BC Jews to whom Proverbs 31 was written – in fragile economies, political uncertainty and suppression of religious rights. It will take valorous women – and men – to lead our global church into the mission of God.

Thank you for this glimpse into the life of MB churches in DR Congo.Thank you for so clearly stating that “feminism did not call these women to mission – God and the church did.” I found that to be true in my case, and I’m sure the many women working in the churches in DR Congo received their call from God as well. Otherwise, why would they do it when their days are already filled to overflowing just taking care of the daily needs of their families.

Thanks, David, for this. It´s exciting when women overseas take the lead in showing us how to do things. Perhaps we in time can become even more egalitarian!