What's New
Through the conflict, life carries on in Ukraine
A FOCUS on Mission
Must Patience Be So Slow?
Harold Jantz: A Heart for the Mennonite Story
Lorlie Barkman: A Life of Creative Engagement
Last Days, First Days
Women in Ministry: Bertha Dyck
January Moment in Prayer “Holy Spirit—Fill Us!”
The Church as the Patient Body of Christ
Advent: Making Much of Jesus: Christmas Day
Home Arts & Culture Moving in new directions 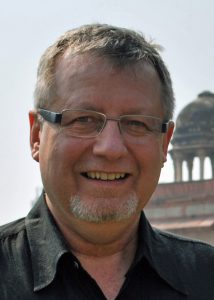 Discerning women in ministry leadership in the Mennonite Brethren church

“It’s like a detective story; you see all these threads woven together,” says Doug Heidebrecht.

Heidebrecht’s Women in Ministry Leadership: The Journey of the Mennonite Brethren, 1954–2010 is the story of the denominational conversation regarding women in ministry positions within Canadian and U.S. Mennonite Brethren churches.

Women in Ministry Leadership was launched on May 10, 2019, at Canadian Mennonite University, Winnipeg, with some 45 people in attendance. It is a more popular presentation of Heidebrecht’s PhD dissertation, “Contextualizing Community Hermeneutics: Mennonite Brethren and Women in Church Leadership” (University of Wales, 2013).

“No other issue has received this level of attention by Mennonite Brethren during the second half of the 20th century,” Heidebrecht writes. 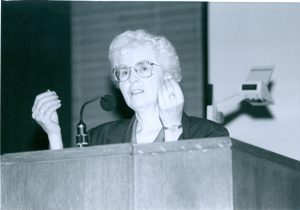 Women’s columns in MB periodicals during the 1960s gave women a public voice in the conference, and became the first avenue for engaging questions regarding women’s involvement in the church that were being raised within the larger society. Katie Funk Wiebe, in particular, was significant in calling for change not only through her prolific writing (articles and books), but also in her speaking and teaching ministry.

However, it was the unprecedented “spontaneous attendance” of five women – Irene E. Willems, Betty Willems, Mary Poetker, Kae Neufeld, and Anne Neufeld – as delegates at the 1968 annual Canadian MB convention that opened the door for increasing participation of women in conference gatherings and raised new theological questions for provincial and later national conferences, says Heidebrecht.

In the course of his research, Heidebrecht had many conversations with key participants in the study conferences and the formation of resolutions. However, the book is based on written materials – board meeting minutes, papers, and published articles.

The focus is not solely on official leaders – Heidebrecht also presents how people in church engaged in this conversation through correspondence and Letters to the Editor from the Mennonite Brethren Herald (Canada) and the Christian Leader (US).

“How do you give voice to the people in the pews?” Heidebrecht says the letters provided an avenue to bring those voices –of both men and women – into the book. He recognizes the sensitive nature of telling a story that is still unfolding where many participants continue to be actively involved in Mennonite Brethren churches and leadership roles.

Though his source materials are in the public record, Heidebrecht’s work makes the evidence accessible to readers by telling the story, highlighting the decision-making process, and interpreting the underlying currents all in one place.

“It’s a story that needed to be told,” says Jon Isaak, secretary of the MB Historical Commission, which commissioned Heidebrecht to update his dissertation research to 2010 and publish the book with Kindred Productions.

Heidebrecht wrote about the Canadian Conference 2006 resolution in a final chapter of the book, a component not included in his dissertation. “Have we remained in 2006?” one participant asked at the book launch. “What gives hope is local churches wrestling with their own convictions,” says Heidebrecht.

“This book gives a sense of the story, the push and pull, frustrating and fascinating dimensions,” says Isaak.