What's New
Leading through the trauma of covid: Part two...
Ask God which town
Where to from here?
CCMBC National Director attends 2022 ICOMB Summit
MCC Canada and MCC Manitoba sell shared property...
The world appears to be growing darker
Sharing a new and unified language
6 reasons to attend the MWC Global Assembly...
One too many
Just one more
Home ViewsFrom the community Experiencing the supernatural of God

“I am the vine; you are the branches. If you remain in me and I in you, you will bear much fruit; apart from me you can do nothing” (John 15:5).

When the leaders of COBIM (the MB conference in Brazil) asked the Lord for our motto for the year 2018, we heard: “Experiencing the supernatural of God.”

In a time of prayer with the Lord, I saw a picture of an army fighting against the enemy. Suddenly, a magnifying lens zoomed on and I saw very clearly two fellow soldiers fighting each other to the death.

I was terrified. This can’t happen in an army that is fighting against the enemy!

A battle is waging on the outside and also inside.

Intense prayer would be needed.

In one of the churches, the board decided it was necessary to have a leadership change.

As they prayed about it, they heard the Lord say to wait, he would intervene.

In less than two months, the church leader said that God had spoken to him that it was time to leave the church.

In addition to our prayer for unity, we asked God for expansion into new regions in our country. To our surprise, an independent church from the capital Brasília requested to join our conference, expanding our presence into the centre of Brazil.

In April, I was invited to participate at the Mennonite World Conference meetings in Kenya. On the first day, we were to travel to Kisumu: a seven-hour trip. We sat in our bus for almost an hour while the driver and mechanic tried to get the bus started.

I heard the Lord ask me, “What do you suggest people should do in case of problems?”

“The bus will not start until you get the people in the bus to pray.”

I listed my excuses: it was the first time I was participating in these meetings; I knew almost no one; there were a lot better people than I to lead.

“The bus won’t start as long as the people don’t pray.”

So, my option was to obey. I asked for the attention of these leaders on the bus. Some laughed about the proposal, but others decided to pray in small groups. Shortly after we prayed, the motor started.

I simply followed Jesus’ example. When he was in trouble, he talked to his Father.

COBIM chair Emerson Cardoso and I had the privilege to participate at Gathering 2018, the biennial Canadian MB family gathering, in Saskatoon. All participants were registered into the Whova app. (I loved the application.)

Before the trip, the COBIM conference was called to pray for CCMBC.

On the first morning, God woke me at 5 a.m. to pray. “Pick up the Whova app and pray for each name on the participants’ list.”

“There are 250 people on the list and I do not know them! It will take a lot of time to pray for all of them.”

There was no excuse but to obey. “Just take them to my presence; the other part is my job.”

The next three mornings, the same procedure. I prayed for unity, for fire coming from the Holy Spirit, a call to mission, and multiplied blessings in the local churches.

Prayer for continuity of God’s movement

On the way back to Brazil, we had a long delay in New York. When we would get home to Brazil, we would be having our national COBIM pastors retreat. This was my chance to pray for each pastor and leader attending the COBIM retreat as I had done for the Canadian delegates.

From our hotel in New York, Emerson and I got on our knees.

Brazil needed a change in the country leadership, so the church rallied to pray. I do not remember any moment in history that the church united in such a way to pray for a change.

In Curitiba, 500 pastors and leaders from many denominations gathered to pray. Our plea was not only for the election but to join strengths to win the city and the country for Jesus.

Prayer is something we work at doing until we do it well. As we do, we experience the supernatural power of God. 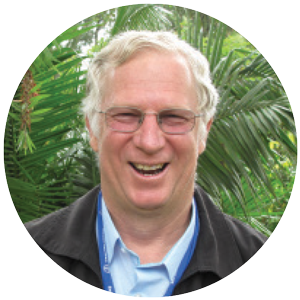