What's New
A FOCUS on Mission
Must Patience Be So Slow?
Harold Jantz: A Heart for the Mennonite Story
Lorlie Barkman: A Life of Creative Engagement
Last Days, First Days
Women in Ministry: Bertha Dyck
January Moment in Prayer “Holy Spirit—Fill Us!”
The Church as the Patient Body of Christ
Advent: Making Much of Jesus: Christmas Day
Advent: Making Much of Jesus: Fourth Advent
Home MB HeraldColumns Father to gang members 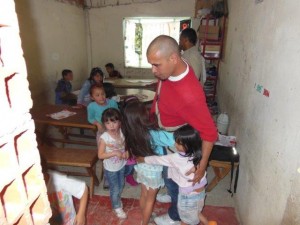 A shout went up from a dozen kids aged 5–9. It sounded more like a high pitched scream, but it was obviously positive.

It was September 2013. We were visiting El Progreso, a church plant by the Mennonite Brethren conference of Colombia in partnership with MCC. It’s located in Cazucá, a shantytown that’s part of the increasing urban sprawl of Bogota, Colombia.

David Bonilla and his wife Marina started this project.

The children literally jumped on David, whom they hadn’t seen for a while. He wrapped them up in his arms – one at a time, three at a time. Unbridled happiness.

Except I could see a tear escaping from David’s eye. 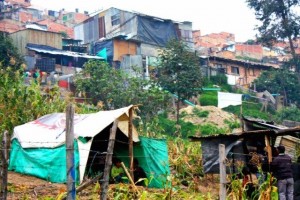 Precarious housing in the neighborhood of El Progresso, Bogota, Colombia. Families displaced by rural conflict began to settle on the slopes of Cazucá, Bogotá, in the 1980s. Credit: Daniel Hernandez

Why? Well, let’s start with why he was visiting in the first place.

Cazucá exists because Colombians have been migrating to the cities to flee violence for decades.

In large part, it’s because of FARC, the guerrilla force that began in 1964. It has been a thorn in the side of the government and the country, kidnapping thousands and breaking up families and
communities for 50 years.

For 20–30 years, drug cartels have strengthened, muscling farmers to switch from growing coffee or cacao (to make chocolate) to coca (to make cocaine). If a farmer says no, he or she must leave – or face serious violence.

The government tries fumigating drug crops but hits rice paddies with their indiscriminate methods. Farmers give up and join the throngs heading to Bogota, Cali and Medellin. David Bonilla, founder of the Education Brings Hope Children’s Centre, walks with Isaac Friesen during his family’s visit to the a Global Family project in Cazucá, Colombia. Credit: Cynthia Friesen

Cazucá beckons. There, you can construct a shelter with found items. Get a start. Hope to find a job.

But what do you do with your kids? You’re a single mom. You get up at 3 a.m. to organize for the day, then take a long bus ride, work all day and don’t get home until late evening. 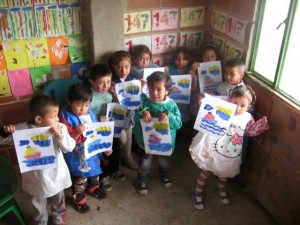 El Progreso provides a spiritual home – and offers sewing classes, a computer lab, a youth drop-in and a school.

David is not just a pastor, he’s a father figure to many kids whose home might be barely stitched together.

But why the tear in his eye?

David and Marina had to move out some six months earlier. 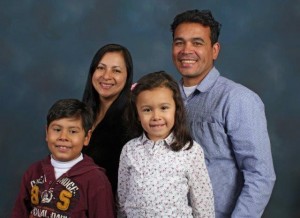 At the drop-in, David had corrected a youth who pulled a knife on him. Another youth acted rashly in defence of David and hurt the aggressor – who in turn swore to kill the young man. Turns out the two youths belonged to rival gangs. The one who defended David unwittingly identified David with his gang.

Despite years of successfully avoiding ties to any of the many rival groups, this fragile balance was wiped out, and David’s life was in danger.

An MCC report says, “Urban violence caused the exit of the Bonilla Forero family who previously directed this project. The family refused protection from any movement or illegal armed group as that would only cause more violence. A leave taking service was held, but those affected continue to mourn the loss. Sadly, some behind the violent actions were killed and others are in juvenile detention.” 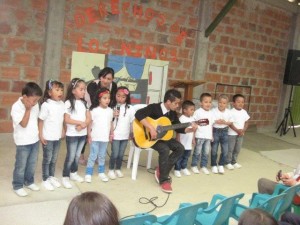 Participants of Education Brings Hope perform a song at their graduation. The El Progreso neighborhood still has no water or sewer and faces regular gang violence. Education Brings Hope is a Global Family program that provides salaries, food and teaching supplies for a preschool and primary school of the Colombian Mennonite Brethren Church. Credit: Colombian Mennonite Brethren Church

Our short visit was the first time David had been back in six months.

New workers have stepped into the void. The church and project continue. David and his family now live in Mexico to start a similar program under MCC USA’s Global Family.

On Father’s Day, we bless dads – and all men – who love and invest in families. Here’s a dad who risks his life investing in families besides his own. The kingdom of God has a way of always raising the bar for us. As it should!

♦From model to minister