What's New
Leading through the trauma of covid: Part two...
Ask God which town
Where to from here?
CCMBC National Director attends 2022 ICOMB Summit
MCC Canada and MCC Manitoba sell shared property...
The world appears to be growing darker
Sharing a new and unified language
6 reasons to attend the MWC Global Assembly...
One too many
Just one more
Home MB HeraldColumns The gifts we didn’t know we needed

The gifts we didn’t know we needed

“Do you think you can stay together?” 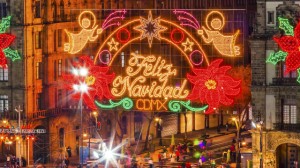 Seven simple words, strung into a question. But the answer was not at all simple. It never is for a question like that.

I posed it to the pastors of the Mennonite Brethren churches of Mexico, just before Christmas 2014. Decorations were all around. We met outside at the Matthew Training Center; it was lovely and warm – the kind of weather Canadians look for when they head to Mexico for a Christmas vacation.

But this would be no vacation! No beach, unless you count the MTC pool, but it was empty for cleaning. No margaritas, virgin or otherwise. It was going to be an intense four days of ministry work.

The pastor of the largest MB church in Guadalajara had gotten into a year-long argument with leaders of Iglesia Cristiana de Paz en México (ICPM), the Mexico MB conference. In October, the church issued an ultimatum, saying if certain things weren’t addressed, they had decided to leave. ICPM leaders responded, “OK, go ahead.”

In a few short days, the church had been removed from the ICPM membership.

ICPM leaders invited me to visit the pastors’ assembly on behalf of ICOMB to encourage the leaders and help them cast vision for the future without this robust, church planting congregation. I eagerly consented, accompanied by Harold Ens, former MB Mission general director. He was my translator, and my second set of eyes and ears.

But I was unhappy about the lead up to the decision to separate. With lots of prayer and guidance from leaders in ICOMB, I decided to go with my vision message. But before that could happen, I wanted to ask the “simple” seven-word question.

I met separately with both the ICPM executive and the pastor and elders of the departing congregation prior to the big event. In both cases, they pushed back on my desire. “People are asking, ‘Why is David coming on that agenda? We have already decided.’” Yet, they gave permission to me to ask. And I had evidence that both sides loved one another with true brotherly love. We needed to challenge this separation.

My question resulted in very intense discussion. I asked the question, then sat back as the pastors discussed. Harold translated. Periodically, I made a comment or asked a clarifying question, but they did all the work.

After three hours, everyone said, “Sí”! They would stay together. And they committed to work on unity and deal with the issues. A “restoration team” ICPM had appointed earlier would lead the task.

I leaned over to Harold: “My work is done.” I called the group to pray, so we could move on to the next session of my message and workshop.

The “Amen” barely left my lips and pastor Carlos, who was to lead the restoration team process, caught my attention: “Can I ask a question?” Absolutely.

“When we meet, will the pastor cooperate?”

We thought the first three hours were intense. The next two hours were deeply difficult, but, in my view, one of the best examples of “speaking the truth in love.”

There were tears – not from insults, but from dealing with past pain, correction and finding the pathway forward. All worked hard to find a solution that would be satisfying for ICPM and the church and its pastor….

When God the Word came to “tent among us” (John 1:14, paraphrased), he was the gift we didn’t know we needed. So many aspects of the Incarnation were surprising and new to the Word’s host people.

Isn’t this the way the kingdom of God works? Even today, things that we don’t like confront us, but often produce better fruit: more discipline; a different outlook.

How silently, how silently
The wondrous gift is giv’n
So God imparts to human hearts
The blessings of his heav’n
No ear may hear his coming,
But in this world of sin,
Where meek souls will receive him still
The dear Christ enters in.