What's New
Multiply September Ukraine Updates
Volunteers in B.C. honour Leamington woman tragically killed...
Delete or not to delete, that is the...
Believers bring water for drought baptism
Encouragement to those in the arena
Keeping attention and making an impact: A few...
Open hands to reconciliation
From the editor
Approaching truth and reconciliation with love in our...
MB Seminary offers new MA in Transformational Leadership...
Home Arts & Culture Things are not as they seem in side-splitting comedy

Things are not as they seem in side-splitting comedy 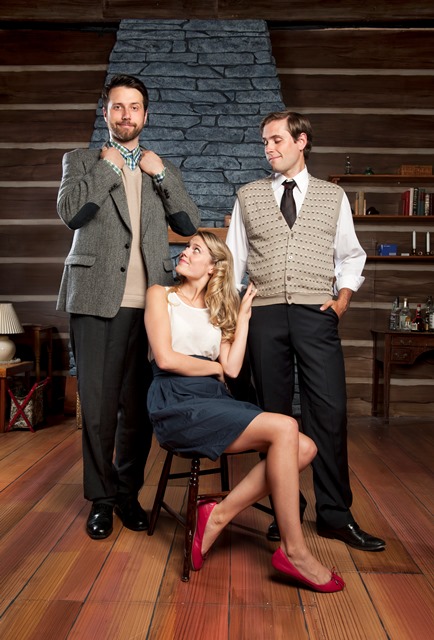 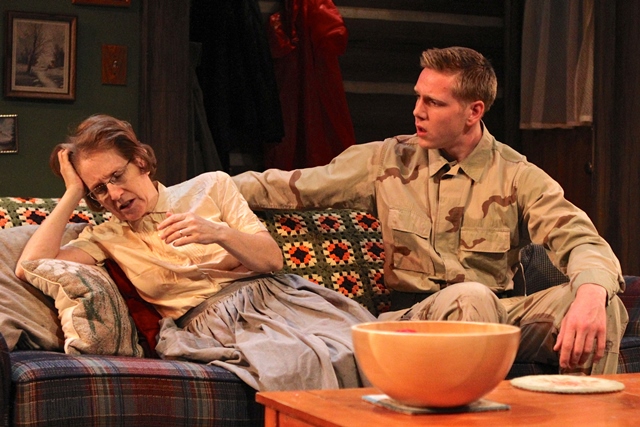 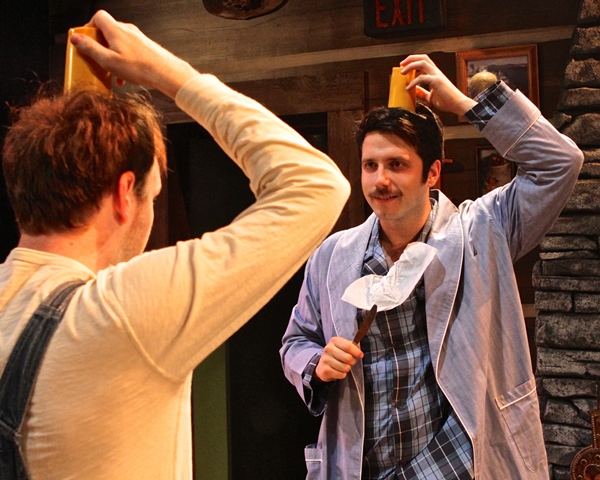 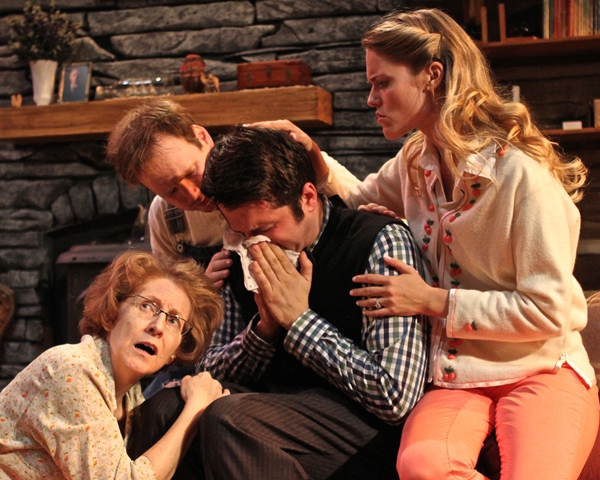 Have you ever wished to be someone else? In Pacific Theatre’s 2013/2014 season opener, The Foreigner by Larry Shue, Charlie Baker tries on a new identity, taking the audience on a humorous but instructive journey. The intimate theatre setting, the simple yet elegant set, and the gifted actors make this two-act comedy set in present- day  Georgia a must-see show.

Charlie Baker (John Voth) is a boring science fiction editor who simply wants some privacy. He has no personality, his wife is cheating on him, and he doesn’t want to talk to anyone. Arranging a vacation at a U.S. inn, Charlie’s friend Froggy (Ryan Scramstad) fixes his friend’s dilemma by telling the lodge owner Charlie is “a foreigner” who doesn’t speak or understand English, and is not to be spoken to under any circumstances. Audience laughter resounded through the packed theatre as other guests confide in Charlie, yell at him, argue in front of him, teach him English, and grow to love and appreciate him. As Charlie embraces the act, he discovers, “I think I’m acquiring a personality!”

Suspense develops when Charlie hears the details of Rev. David Lee (Mack Gordon) and Owen Musser’s (Byron Noble) plot to get control of the lodge to set up a headquarters for Ku Klux Klan. Rev. Lee is living a double life, hoping to quickly marry the beautiful and rich heiress Catherine Simms (Kaitlin Williams) to get her money. Catherine and her “dim-witted” brother Ellard (Peter Carlone) are both living at the lodge as well. When the conflict comes to a head, will Charlie and the rest of the lodge residents, including elderly widowed lodge owner Betty Meeks (Erla Faye Forsyth), foil Musser and Lee’s plot? More importantly, will Charlie with his new-found personality also find friends?

One leaves the theatre still laughing at this insightful comedy. The actors enhanced the humorous script through incredible physical acting. Charlie and Ellard spent several dialogue-free minutes playing off each other’s acting leaving the audience in stitches. From accents to facial expressions to made-up words (that sounded somewhat familiar), the performance aspect of The Foreigner was top notch.

Pacific Theatre has the goal of being “non-propagandist,” executive director Ron Reed told the MB Herald, asking questions and considering possible answers without presenting one as the obvious choice. Though one should question the practice of lying to deal with a trying situation, the play raises important questions in terms of how we treat people. Do we use them to get our way? Do we write them off as incapable? Do we make fun of those different than us?

Additionally, what would the consequences be if others really understood our words and thoughts even when we assume they cannot? Would it change what I say? Would it change how I treat them? Would it lead me to doing what I can to give worth to people? This play challenges us to reflect on how we respond to those we think are different from us. I left the theatre laughing, having thoroughly enjoyed the 135-minute production. But I also left pondering what this play teaches about humanity and God.

If you are anywhere in the vicinity of Pacific Theatre, see The Foreigner. Laugh and forget about the realities of life for a few hours. Then pause to reflect on what things are like when they really aren’t what they seem to be.

Leonard Klassen is associate pastor at King Road MB Church, Abbotsford, B.C. He and Bonita love theatre, attending several shows annually. Leonard is glad for the chance to write about theatre rather than act in a show.