What's New
Through the conflict, life carries on in Ukraine
A FOCUS on Mission
Must Patience Be So Slow?
Harold Jantz: A Heart for the Mennonite Story
Lorlie Barkman: A Life of Creative Engagement
Last Days, First Days
Women in Ministry: Bertha Dyck
January Moment in Prayer “Holy Spirit—Fill Us!”
The Church as the Patient Body of Christ
Advent: Making Much of Jesus: Christmas Day
Home Arts & Culture Shakespearean classic illuminates justice and mercy 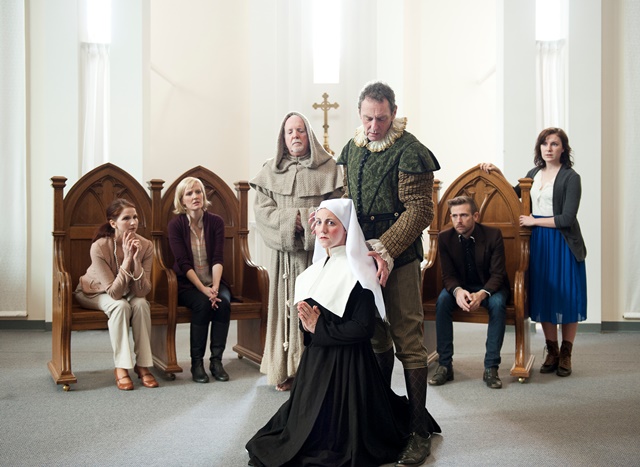 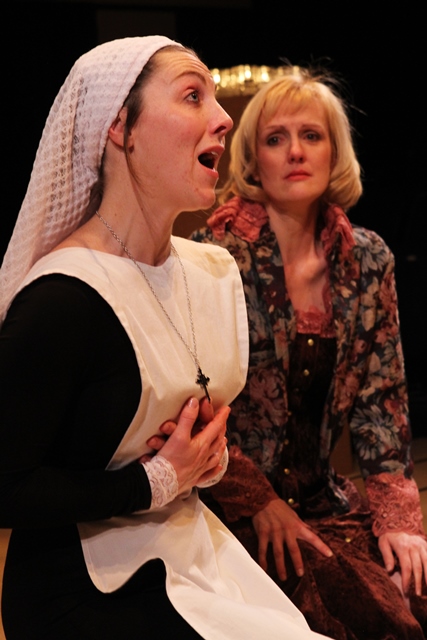 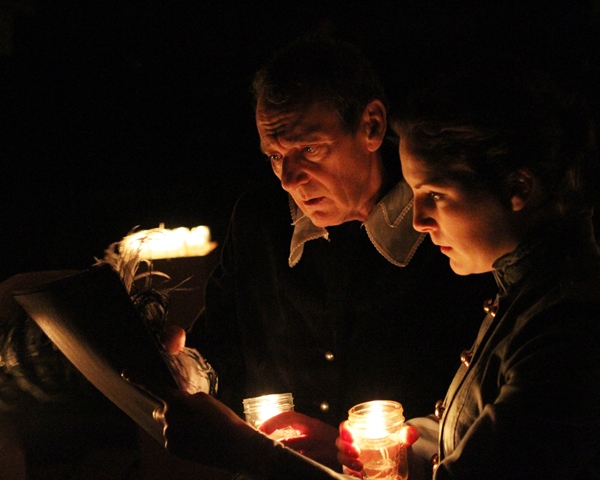 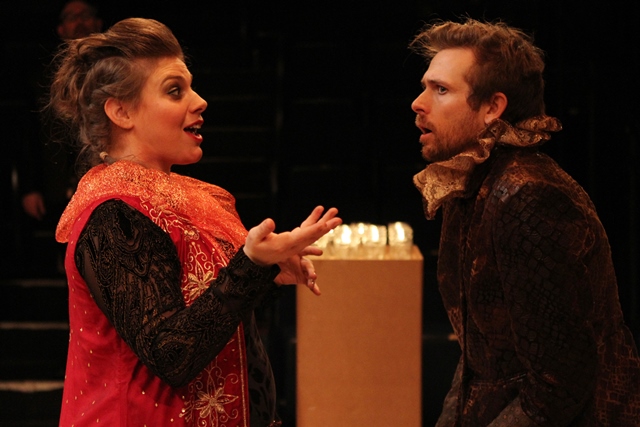 A guest production by The Honest Fishmongers at Pacific Theatre

The Honest Fishmongers’ production of Shakespeare’s Measure for Measure at Pacific Theatre (Jan. 17–Feb. 8) breathes life and relevance into one of the Bard’s darker comedies.

The talented cast brings Renaissance Vienna to life. The audience finds the Duke (Cole) temporarily turning over his judicial power to the stoic and legalistic Lord Angelo (Webb) to act on his behalf while the Duke is away on political business.

Not long into power, Angelo revives the city’s severe morality laws. Under these laws, Claudio (Gladstone), who has impregnated his fiancé, is arrested and sentenced to death for this act of immorality. Isabella (McIsaac), Claudio’s sister, a virtuous maid on the brink of taking vows as a nun, pleads mercy for her brother from Angelo.

Soon, we find that not all is as it appears: justice and sin are not as definite as one might hope. What unfolds is a delightful tale of contrasts: justice versus mercy, honesty versus deceit, and pride versus humility.

Who can be a fair judge of sin?

To understand this play, the audience is invited to consider the words of Jesus in Matthew 7:1–3: “Do not judge, or you too will be judged. For in the same way you judge others, you will be judged, and with the measure you use, it will be measured to you. Why do you look at the speck of sawdust in your brother’s eye and pay no attention to the plank in your own eye?” This Scripture helps to illuminate Shakespeare’s driving question: who can really be a fair judge of sin?

In this play, we see a hypocritical legalist, Angelo, foiled against the merciful (though perhaps too lax) Duke. Watching these two act as judge – with dramatically different outcomes – one is left to wonder at what point does enacting the law become worse than the crime itself? How does one temper law with mercy without stripping the law of its power for justice?

Measure for Measure’s use of sexual morality as the means to explore e questions about judgment and justice could be difficult for the audience; however, under Bennett’s discerning direction, the Honest Fishmongers balance the serious subject matter with sparkling comedy. The play’s theme is drawn into the relevant “here and now,” yet kept at a safe distance. The audience is left with the impression they have been taken to some dark and frightful places in the human psyche, but have been treated as protected guests along the way.

Choices related to set, lighting and sound design take on a contemporary edge, which may distract Shakespeare purists but delight others who see these choices as bringing freshness to a historical text. The costumes were beautifully crafted, bridging the play’s historical setting with contemporary style. These visual and auditory facets helped to emphasize the relevance of Shakespeare’s questions about morality for our own time and place.

The superb casting gives the audience fantastic guides through this story. While all players were faultless in bringing their characters to life, Peter Anderson’s perfect comedic timing as Lucio was particularly brilliant, and most helpful in striking the balance between the dark and light elements.

From the moment that I entered the theatre space where the players greeted audience members as cherished guests, I felt a part of the evening’s discourse. Hilarity ensued immediately, when the opening announcements were made by the cast in “Shakespearean speech,” and continued with audience-conscious gags throughout the play.

Though perhaps difficult to imagine, I attended a play about serious moral questions and had fun while doing it. I hope that you will imagine no further, and, instead, visit this dazzling production yourself.