What's New
A FOCUS on Mission
Must Patience Be So Slow?
Harold Jantz: A Heart for the Mennonite Story
Lorlie Barkman: A Life of Creative Engagement
Last Days, First Days
Women in Ministry: Bertha Dyck
January Moment in Prayer “Holy Spirit—Fill Us!”
The Church as the Patient Body of Christ
Advent: Making Much of Jesus: Christmas Day
Advent: Making Much of Jesus: Fourth Advent
Home Arts & Culture Conversations explore relationships and fear 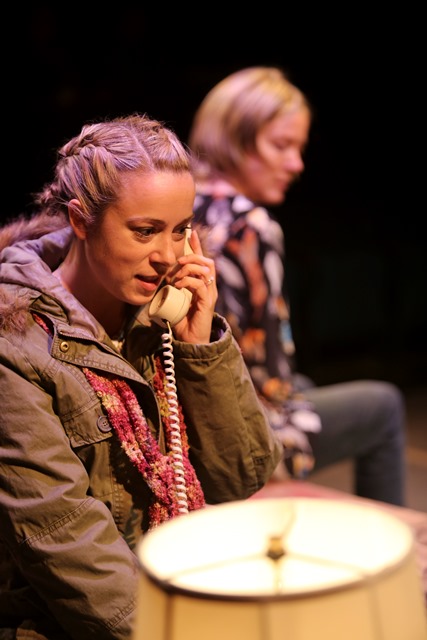 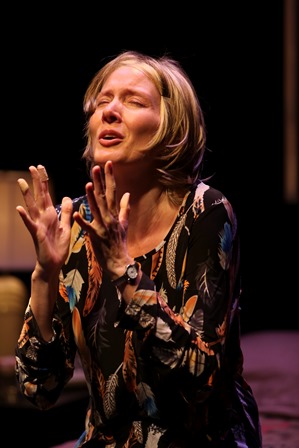 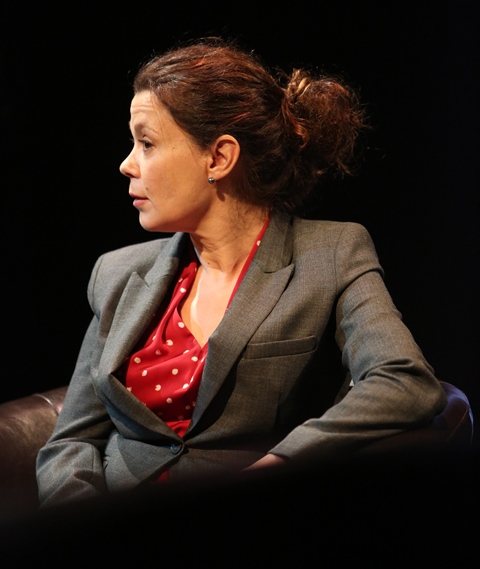 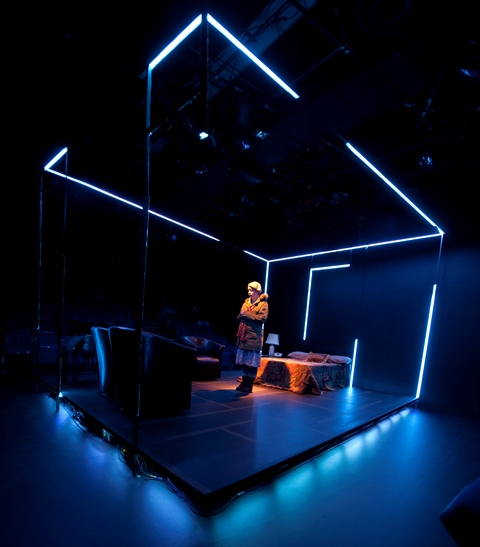 “It’s the question…you feel in your stomach when it’s late and quiet in your room…. When the music has stopped and the television is turned off and the book is closed…. The question in the darkness. And in that darkness there’s a door. Look closely and you can see light pouring under the door, through the cracks, at the hinges. A light so bright it might possibly obliterate everything…. The light that will shine on our complicated darkness and expose the simple question we’re so afraid to ask. It’s not the darkness we fear, it’s the light behind the door. It’s not the answer we can’t hear, it’s the question we won’t ask.”—Carolyn

Communion is an exploration of the dynamics of relationships; what draws people together and what keeps them apart.

In this 90-minute drama, the audience is privy to three intimate and intense conversations. The first is between Leda (Diane Brown) and her therapist, Carolyn (Kerry Sandomirsky). Leda is a recovering alcoholic and cancer patient dealing with the news that her treatments have been unsuccessful and her mortality is a present reality. Estranged from her daughter, she is in the midst of anger and fear, seeking a way of reconciliation.

The second scene takes us to a hotel room meeting between Leda and her daughter Ann (Marci Nestman). Ann has become a radically committed fundamentalist Christian who desperately wants to see her mother take up her beliefs. Ann’s fervency on this matter, and Leda’s uncertainty about whether God even exists, is part of the barrier between mother and daughter.

The final communion is between Ann and her mother’s therapist. Here, we see Carolyn struggling with her own identity issues and relationships.

The contrast between characters is wonderful to watch, particularly in the opening scene as Diane Brown communicates Leda’s agitation through continuous movement and a magnificently crescendoed, ranting monologue while Kerry Sandomirsky’s character looks on in utter stillness and silence.

Fear is a well-explored theme in Communion: fear of death, of engaging with the present, of acceptance, failure, not making a difference – and fear as the motivation behind faith.

In one of the most thought-provoking exchanges, Ann and Leda attempt to confront the light behind their darkness when Ann asks, “Why won’t you believe in God?” Leda replies, “Because I’m not afraid. I just need you to let me have my nothing. I just need you to love me. Do you love me?”

Pam Johnson’s well-designed costumes give subtle insight into each character: Leda’s purple hat matches the décor of her therapist’s office; a winged skull adorns the hoodie Ann wears after she says goodbye to more than one thing in her life; Carolyn wears four-inch red heels (which leave this reviewer wondering if Ruby Slippers Theatre deliberately incorporates red shoes into all of their productions – because if they don’t, they should).

John Webber’s set and lighting design is simple and brilliant. A therapist’s office is created with just three chairs, two side tables, and an area rug. A thin frame of LED lights gives only a suggestion of the doors and walls, and stands as a present reminder of “light pouring under the door, through the cracks, at the hinges.”

In the second scene, a small section of the stage floor pulls away and a set of collapsible legs unfold with two slick pulleys to convert the floor into a bed, and Carolyn’s office is easily transformed into a hotel room.

Thanks to director Roy Surette and the cast and crew of Communion for creating such an engaging and stimulating night at the theatre.

There’s a familiarity to the characters, relationships, conversations, and themes of Communion which is easy to relate to and where the viewer can hear her own voice or see someone she knows. If you are looking for theatre that both entertains and challenges, be sure to visit Pacific Theatre for Communion.

Carol Heynen is associate pastor of worship arts for the liturgical service at Bakerview MB Church, Abbotsford, B.C. She participates in theatre herself with Abbotsford’s Gallery 7 Theatre & Performing Arts.