What's New
Multiply September Ukraine Updates
Volunteers in B.C. honour Leamington woman tragically killed...
Delete or not to delete, that is the...
Believers bring water for drought baptism
Encouragement to those in the arena
Keeping attention and making an impact: A few...
Open hands to reconciliation
From the editor
Approaching truth and reconciliation with love in our...
MB Seminary offers new MA in Transformational Leadership...
Home Arts & Culture Bethany College hosts fabulous evening of dessert and drama 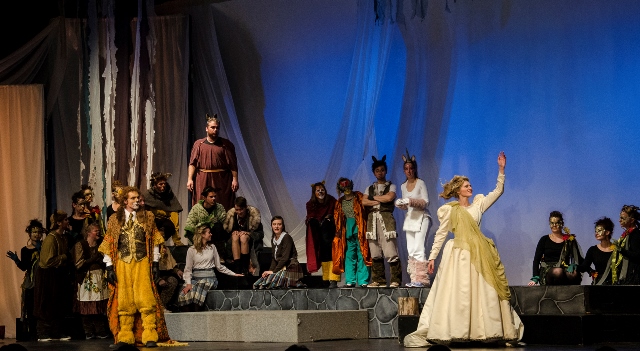 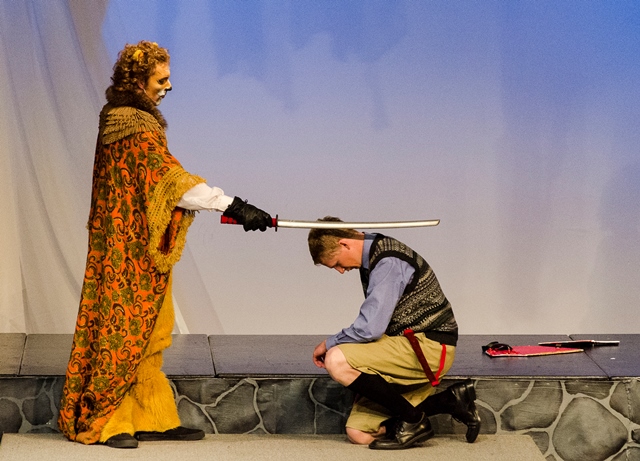 On the weekend of Oct. 31–Nov. 2, 2013, Bethany College fall theatre presented Joseph Robinette’s dramatization of C.S. Lewis’s The Lion, the Witch and the Wardrobe.

Over three days, 1,470 guests joined more than 30 cast and crew in stepping through a wardrobe and into Narnia – a kingdom of talking animals and mythical creatures stuck in a never-ending winter without Christmas, awaiting the return of the true king.

Prior to the show, guests had the choice of savoring a delicious “White Queen vanilla cake” or a “Chocolate faun cake” with fruit and topping prepared by Bethany’s food service staff. Adding a regular coffee, tea, or a specialty coffee from Cultura Espresso Bar completed a fabulous evening of great dessert and great drama.

Guests were treated to a captivating night of theatre as the combination of creative lighting, haunting live music, an amazing set, and superb acting brought the allegorical fairy tale to life. Elaborate costumes, masks, and detailed make-up turned the actors and actresses into the creatures of Narnia: lions, beavers, fauns, centaurs, unicorns, wolves, and wood-nymphs. One could not help but be drawn in through the wardrobe by the four main characters and into the adventure that awaited them on the other side. There they learned the value of family, faithfulness, loyalty, and sacrifice, and the audience caught a glimpse of God’s forgiveness, humility, and his love for all created things.

The performance was Bethany’s way of marking the 50th anniversary of the death of C.S. Lewis. Widely recognized as one of the most influential spokespersons for Christianity in the world, Lewis presented the Christian message through various creative genres – fantasy, allegory, science fiction, and apologetics. The Chronicles of Narnia series of books (of which The Lion, the Witch and the Wardrobe was the first published) open a window to an alternate reality in which readers are invited to view the biblical narrative of creation, fall, and redemption in a new light.