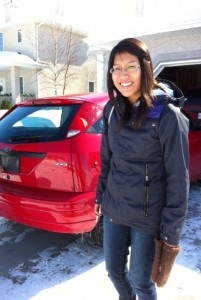 This past summer, when forest fires came within five kilometres of her Sucker River, Sask., home and Keshia Cook’s family needed to evacuate, she phoned Bethany College friends Jen and Kurt Schellenberg in Saskatoon. The Schellenbergs gave up their home – a two-bedroom basement suite – to Keshia, her mother, grandmother, sister and niece for three weeks.

For Keshia, who lived in Saskatoon for two years before sensing God’s call to return to Northern Saskatchewan, it felt like coming home. She took her family to her church: “a new experience for some of them.”

But her mother and grandmother were pretty worried, Keshia says, “not knowing if our community would still be standing.”

Keshia’s niece, a nine-year-old with a vivid imagination, feared the worst. “A couple days after the evacuation, she and her mom came to see me in my room. She wanted to know how she could be a Christian.” Keshia led her in a prayer to receive Jesus.

“My best friend’s mom sent me back to my family with three boxes of cereal,” says Keshia. “It seems random, but it was a real blessing.”

“Our family was super fortunate,” she says. “A lot of people from my community had to evacuate to the Saskatoon soccer centre; it was more difficult for them.”

Keshia’s church donated clothing and diapers and Keshia made deliveries to evacuees at the soccer centre. Keshia, Kurt and Jen regularly spent time with evacuated children on the playground.

“I had many opportunities to share about who Jesus was, testimonies from the heroes of the Bible,” says Kurt, “and even had the privilege of coming before the Lord with one child to ask Jesus to remove his anger.”

Good came out of the hard times. “Families were spending time together because they had nothing else to do; they couldn’t go to their rooms and watch TV,” says Keshia. “Between parents and children, there was a lot of community happening.” Her family enjoyed more walks together.

Back in Sucker River, Keshia and another Bethany friend, Megan, have started a Sunday school for 4–14-year-old children on the reserve whose only church is currently without clergy and rarely holds services.

Keshia says her time at Bethany, doing weekly Christian service in Saskatoon and yearly mission trips to Northern Saskatchewan taught her about generosity. “The teachers were an incredible example of service,” she says. “They practised what they preach.”

“Keshia is very softhearted,” says Kurt. “Her understanding of her Saviour fuels her desire to have others taste and see that he is so good.”

The Sunday the Schellenbergs visited to help out, there were a record 16 children at the Sunday school. “The Lord is going to use Keshia and Megan to make a huge difference in Sucker River,” says Kurt. 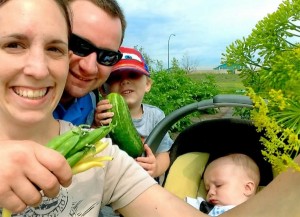 A decade ago, Bigstone, Sask., blessed Bethany College student Julie Carey with its hospitality. This summer, when the First Nations community was evacuated, she returned the favour – stretching her table from four place settings to 12.

“I didn’t know anything about First Nations culture before my Bethany mission trip,” says Julie, attender at Forest Grove Community Church, Saskatoon. “It was life-changing.” She returned to Bigstone the next year for a year-long internship.

Julie fell in love with the people’s peaceful, easygoing nature. The reserve’s slower pace and “emphasis on people rather than schedules” made it “hard to go back to white culture.”

During the internship, Julie grew close to Susan and her family. “Her mom became an adopted grandma,” says Julie.

Their families stayed in touch. In July, “when we knew the evacuations were possible, I told Susan she could stay with us.”

Since Julie and her husband were in the process of purchasing the home they’d been rented, the basement suite was temporarily vacant – at just the moment Susan’s family needed it.

Julie anticipated five guests, but at the pickup point in Prince Albert, eight people were waiting for her. Many Bigstone families had already been separated by the evacuations; Susan couldn’t leave her sister, brother and nephew behind.

Together, they checked Facebook regularly for updates from Susan’s husband fighting the fires. “They were so scared the first few days that they’d lose their homes,” says Julie. “We spent time praying with them. And listening.”

Being displaced was especially unsettling for Susan’s brother, who hadn’t left the reserve since 1981. “He overcame some of his fears,” says Julie.

Julie’s challenge was cooking for 12 people while caring for her six-month-old baby and preschool son. Kookum (Cree for “grandmother”) needed help finding medical attention for an infected hand. And Julie needed to shop: Susan’s cousin’s son Tyrone, whose mother and siblings had been evacuated to Alberta, came with only the clothes on his back. 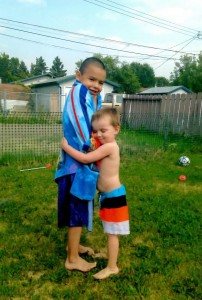 Within two days, friends from the Careys’ small group arrived with meals, bedding and clothes.

Tyrone turned seven during the nine days at the Carey home. “We had a party in the backyard with tacos and invited everyone we knew,” says Julie.

The Carey family’s hospitality was an opportunity for the church to serve.

“Susan’s family members each took back to Bigstone what they could, but there was so much clothing and bedding, we had a truck-full for Goodwill,” says Julie.