What's New
Tibetans in the Neighbourhood
MCC BC and MDS Flood Response and Partnership
Resilient Leadership: Praying against burnout
Boldly advancing the gospel from our knees
MCC sends food and relief to Cubans in...
Robert Dagenais, pastor of the Sainte-Thérèse church, is...
More donated hay needed to help farmers in...
“God’s time was perfect”
Hope and pray every day
Resilient Leadership: The gift of self care
Home Life & Faithfeature articles Intern journal: Soup’s on! 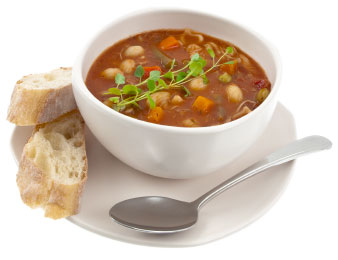 The soup was plentiful. During the week of Jan. 18–25, 2015, I had nine bowls over four community church lunches.

What was more significant than the soup, though, was the reason that the churches were gathering. It was the week of prayer for Christian unity.

Lunch was hosted by a different church each day. I had never experienced anything like this: the body of Christ in Canora, Sask., was acting as a whole, working to foster a spirit of unity over bowls of soup.

It was a pleasure to be able to attend each service and listen to a variety of thoughts on John 4 (the theme passage of the week). It was interesting to hear the different points that different ministers highlighted.

I thought it was really cool how they didn’t just pray for unity, they took a step toward creating a unity among the Christians in this community by sharing meals together and getting to know one another better.

Each day, it was a similar group of about 25 people, but there were always a few new faces in the group, and we were able to eat lunch with different people each day.

Many times, I have talked and thought about the need for unity among churches and denominations, but seldom do you see a community of churches coming together in actions that foster this elusive unity.

Seeing how the churches worked together toward unity was an eye-opening experience for me.

It was refreshing to not just talk about the need for harmony among our churches, but to actually do something to grow unity among believers. These lunches opened my eyes to a simple way of fostering unity and gave me a greater love for the other churches because I actually know a bit more about the people who attend there. 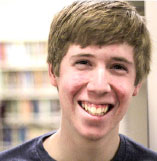 —Ben Thielmann wrote this reflection in the course of his fourth-year internship with Gateway Community Church, Canora, Sask., toward completion of his BA in biblical studies at Bethany College, Hepburn, Sask. Besides sharing daily ecumenical fellowship lunches in the week of Christian unity, during his internship, he preached, taught Sunday school, led Bible studies, moved furniture for an elderly woman, had many meetings over coffee and shovelled snow. Ben is a member of Gospel Light Alliance Church, Debolt, Alta.