What's New
A FOCUS on Mission
Must Patience Be So Slow?
Harold Jantz: A Heart for the Mennonite Story
Lorlie Barkman: A Life of Creative Engagement
Last Days, First Days
Women in Ministry: Bertha Dyck
January Moment in Prayer “Holy Spirit—Fill Us!”
The Church as the Patient Body of Christ
Advent: Making Much of Jesus: Christmas Day
Advent: Making Much of Jesus: Fourth Advent
Home News Project and archival grants awarded

Stephanie Chase, Abe J. Dueck, Zacharie Leclair and Conrad Stoesz are the 2016 recipients of the Mennonite Brethren Historical Commission’s MB studies project grants. Each award comes with a grant of $2,500. The selection committee chose the four from a strong field of applicants, all working on projects of historical and theological interest to Mennonite Brethren around the world. 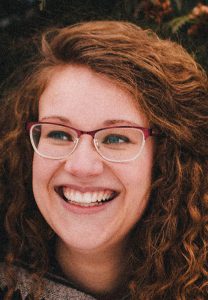 Stephanie is an MA student at Briercrest Seminary (Caronport, Sask). Her project title is The Jesus of Whom I Speak: The Reconciliation of Nonviolent Discipleship and God’s Violence, According to J. Denny Weaver and Miroslav Volf. Stephanie’s project grows from wrestling with an Anabaptist-Mennonite commitment to nonviolent discipleship and a troubling awareness of Scripture’s presentation of God in violent images. The project is a comparative study of the work of Miroslav Volf and J. Denny Weaver, paying attention to how they reconcile nonviolent discipleship and God’s violence. While distinctive, each scholar’s Christology, theological lenses, and hermeneutical methods appear significant in the respective reconciliations of the problem. She hopes to leverage her discoveries in order to construct a more robust Anabaptist-Mennonite theology of nonviolent discipleship. 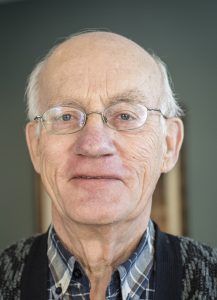 Abe is a retired college professor from Canadian Mennonite University (Winnipeg). His project title is The Mennonite Brethren Bible College (1944–1992): Competing Visions for Mennonite Brethren Education in Canada. The MB Bible College in Winnipeg was the primary educational institution of the Canadian Conference of Mennonite Brethren Churches for the formative period of the Conference following the massive immigration of Russian Mennonites in the 1920s. As such it prepared most of the leaders, pastors, Bible school and MB high school teachers, missionaries and musicians for most of the period. It was succeeded for almost ten years by Concord College and then by Canadian Mennonite University. A comprehensive history of the MBBC period (1944–1992), one that documents a period that was marked by contested visions for what college, university, and ministry education should look like, has not been written. Abe’s project addresses this gap. 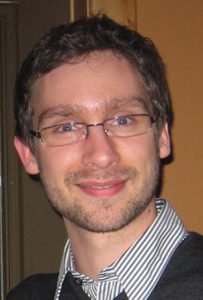 Zacharie lectures in U.S. History at the Université de Montréal in Quebec. His project title is “Unconscientious” Objectors? Woodrow Wilson, Conscription, and Mennonite Conscientious Objectors, 1917–1918. Zacharie’s project aims at understanding U.S. President Woodrow Wilson’s response to American Mennonites’ objection to war. Although Wilson conceived of the American intervention as an ultimately pacifistic endeavor, waging war against Germany required a complete mobilization of American society. The Mennonite conscientious objectors posed an intellectual, spiritual, and political problem for such a devout Protestant president as Wilson. While discrete and relatively small, their critique and persistent peaceful disobedience undermined the intellectual scaffolding of the Wilsonian justification of the war. By exploring how Wilson handled the Mennonite “problem,” Zacharie hopes to find ways to improve the reception of divergent opinions in a society shaped by media culture and to better understand the impact minority groups might have on policy making in contemporary settings. 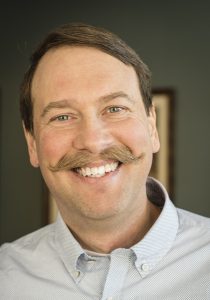 Conrad is an MA student in the joint program at University of Winnipeg and University of Manitoba, and an archivist working halftime at the Mennonite Heritage Centre and halftime at the Centre for Mennonite Brethren Studies, both in Winnipeg. His project title is The Creation of Identity: Mennonite Conscientious Objectors in Western Canada through the Lens of Archives, A National Historical Society, and Memoirs. Using material from historical societies, archives, and memoirs as sources, Conrad plans to trace the intra- and extra-group forces in play and show how Mennonite identity was reinvented according to these contextual forces. His project takes a historical approach but creates a bridge between the disciplines of archives and history. He hopes his research can help contemporary Mennonite faith communities engage their own complex cultural identity, something that is not static, but continually shaped by both societal and group forces.

The Historical Commission is pleased to make these awards, noting that these projects represent the kind of work that it wants to support, encourage, and fund.

In November 2016, the Commission also awarded the Mennonite Historical Society of Saskatchewan a $2,000 archival development grant in support of its application to help pay for needed archival supplies. The Society’s archive is located in Saskatoon. This is the first year that archival development grants have been offered. The grants are available to Mennonite archives operating in Canada and the US, as well as those operating outside of Canada and the US.

Also, 25 books of historical interest to Mennonite Brethren – books published by the Historical Commission and Kindred Productions – have been moved to a Creative Commons license and converted to online readable e-books. The number of books in the online library, accessible through the Commission’s website, now totals 58.

The MB studies project grants, archival development grants, and digital historical library are made possible with support from US and Canadian Mennonite Brethren churches. See www.mbhistory.org for information about these awards, grants, internships, and digital libraries – just some of the initiatives put forward by the MB Historical Commission.

I’m very pleased to see two friends getting these grants!!! Abe Dueck is an amazing man, I meet him first in ICOMB meeting 2006 in Bogotá/Colombia, from then I’ve been seeing him around our world. Zacharie Leclair was a wonderful surprise, last year, during the European Mennonite Leadership meeting, Rimlishof/Alsace/France, we saw the daughter Elisabeth of the very first Mennonite Brethren missionaries in Portugal, the Francos, and of course, with that, we meet Zacharie. We were so impressed and impacted by this couple, they came from Quebec to visit France and in the end they actually took part of our European meeting. Please keep Europe Mennonite/Mennonite Brethren conferences in your prayers. This amazing group from Quebec experienced and can share what are our challenges, joys, loses, wins.