What's New
A FOCUS on Mission
Must Patience Be So Slow?
Harold Jantz: A Heart for the Mennonite Story
Lorlie Barkman: A Life of Creative Engagement
Last Days, First Days
Women in Ministry: Bertha Dyck
January Moment in Prayer “Holy Spirit—Fill Us!”
The Church as the Patient Body of Christ
Advent: Making Much of Jesus: Christmas Day
Advent: Making Much of Jesus: Fourth Advent
Home MB HeraldColumns God’s violence and nonviolent discipleship

One Sunday morning, our pastor was leading my church family in a communal reading of Psalm 136. Our pastor would say the first half of each verse, and then the congregation would respond with the second half: “His love endures forever” (v. 1).

The psalm started out with glorious truths about our great God “who by his understanding made the heavens” (v. 5) and “who spread out the earth upon the waters” (v. 6). I heartily responded to each line with my brothers and sisters: “His love endures forever.”

Then, the psalm took a turn, a turn that is present throughout the entire biblical narrative. Now, this God whose love endures forever “swept Pharaoh and his army into the Red Sea” (v. 15), “struck down great kings” (v. 17), and “killed mighty kings” (v. 18). Something didn’t sit right with me.

It was so easy to declare that God’s love endured forever when we were celebrating his creation, his leading of Israel, and his care for us and all of creation. But when God’s love enduring forever meant humans being struck down, I was confused and troubled.

I’m committed to the Anabaptist peace position. How could the God I love and worship seem so, well, violent, when, as a disciple of Christ, I am called to peace?

This problem stayed with me. I decided to devote my masters thesis to it. My main question became: “How might we as Christians reconcile the tension between nonviolent discipleship and God’s violence?” I appealed to two theologians, J. Denny Weaver and Miroslav Volf, to help me answer this question.

Who do you say that I am?

I found Jesus at the centre of our attempts to reconcile this tension. Whatever we think of Jesus – who he is and what he accomplished during his life, ministry, death, and resurrection – directly influences how we resolve the dissonance between God’s violence and our own discipleship along the way of peace.

For J. Denny Weaver, professor emeritus of religion at Bluffton College and an important voice in Anabaptist scholarship, Jesus stands at the core of the Anabaptist commitment to peaceful discipleship.

Weaver sees Jesus as the socio-political activist – committed to nonviolent action as he opposes Roman oppression, engages with the despised populations of Palestine (e.g., tax collectors, women, Samaritans), and advocates for justice for all.

Weaver believes Jesus reveals what God is truly like. Therefore, since Jesus is nonviolent, God must also be nonviolent. Here, Weaver runs into the problematic canon, where God is often depicted as acting with lethal force, both in the Old Testament and the New Testament. Yet, since Jesus reveals that God’s true character is nonviolent, Weaver says the human authors of Scripture have distorted God’s character by portraying him as violent.

Later in his career, Weaver uses the idea of an ongoing development in the biblical author’s definition of God. Rather than distortion, the human authors are coming to know and understand God more, an understanding which reaches culmination in the cheek-turning, extra-mile-going Jesus.

According to Weaver, there is no need to reconcile peacemaking discipleship and God’s violence because Jesus’ nonviolent life has rendered God’s apparent violence a distortion of his true character.

Jesus: the reconciling one

Next, let’s examine Miroslav Volf, the Henry B. Wright professor of systematic theology and the founding director of the Center for Faith & Culture at Yale Divinity School. Volf’s masterpiece, Exclusion and Embrace, is a response to the Yugoslavian wars in the 1990s. A Croatian, Volf explored how to forgive and reconcile with those who had caused such devastation in his homeland.

For Volf, Jesus is the one who stretches out his arms on the cross in an embrace. As Jesus hangs on the cross, he gives himself on behalf of the other, offering forgiveness and reconciliation for humanity in their relationship with God. Jesus embraces us as “the other,” those who are different from him and have done wrong.

We in the West have a hard time conceiving of judgment as good. Why can’t God just sweep all our sins under the proverbial carpet and forgive? Here, we need to understand just how evil sin is. Sin is not something that can be pushed away, but rather vents chaos on all it touches. Volf argues that, if we were confronted with the stark reality of evil (such as personally living through the Rwandan genocide), we would not balk at God’s judgment, but desperately long for someone to say “No!” to the carnage by judging it.

So, for Volf, in reconciling nonviolent discipleship and God’s violence, there is embrace and judgment. You cannot have one without the other. They go hand in hand. There is tension between the embrace and the judgment, yet both are equally necessary. One can see how this is a different kind of reconciliation than Weaver’s linear attempt. What are we to make of all this?

Weaver’s answer to the question is neat and tidy: God is not violent, so there is no need to reconcile the Anabaptist peace position and God’s violence. Yet, in Weaver’s solution, we run into numerous problems, including his drastic amendment of Scripture to omit God’s violence.

How then shall we live?

So, after we have studied well and thought hard, what do we do?

First, we recognize our calling as humans. As Volf argues, God has the divine prerogative to use violence, the puzzle of whether he will or not aside. As humans, we are creatures and disciples – we follow Jesus no matter what. We advocate for peace, love our enemies, and do the hard work of reconciliation.

Second, we trust in the good God that we have come to know and love. Recall C.S. Lewis’ The Lion, the Witch and the Wardrobe. When Susan asks Mr. Beaver if Aslan, the great Lion, is safe, he responds: “‘Safe?’… ‘Who said anything about safe? ’Course he isn’t safe. But he’s good.’” In the end, God will do what is loving, right, and just. 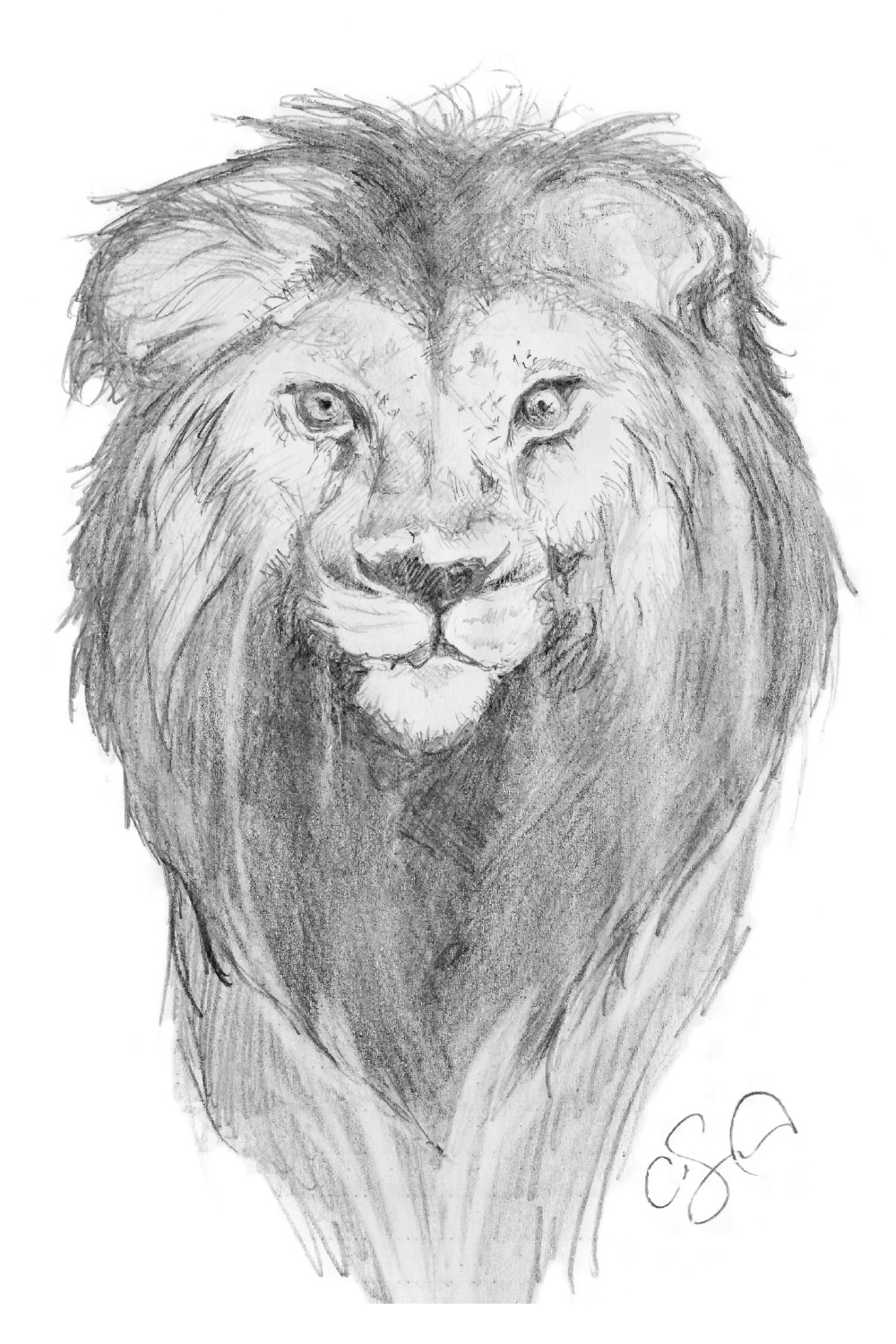 Until that time, as Volf writes in Exclusion and Embrace, “The only available options are either to reject the cross and with it the core of the Christian faith or to take up one’s cross, follow the Crucified – and be scandalized ever anew by the challenge.” Disciples of Christ choose the latter.

And if we must be nonviolent in a violent world, there is no better company than his, no better embrace than his, and no better judgment than his.

For he is good

I have studied, contemplated, prayed about, and wrestled with divine violence for the past year. I have come to the conclusion that the references to smiting in the Bible will always make me uncomfortable. Even further, I suspect I will keep wishing the violence wasn’t there in the first place.

Yet, at the same time, I have an unwavering trust in this God I have come to know and love. He will do the right thing in the end. He will bring our world into his glorious new creation, without crying, pain, or death (Revelation 21:4).

So, yes: I can declare that his love endures forever, a love so grand that it both judges the sin that wreaks so much havoc and embraces the most ungodly of us all. 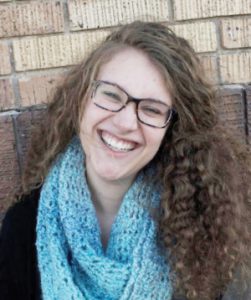 [Stephanie Christianson lives with her husband Austin in Saskatoon where they serve with Ranger Lake Bible Camp. This article is based on the research for which she received a 2016 MB studies project grant from the MB Historical Commission.

Thank you for this article. So helpful as we navigate this tension of discipleship.

Thanks. It helps as I try to keep from losing my faith.

I would love to read your dissertation. This very brief article doesn’t explicitly address Weaver’s, Volf’s and your own underlying assumptions about Scripture. I suspect you may come down on Volf’s side because you have more similar beliefs about the best approaches to (or assumptions about) Scripture.

I wrestle with this issue in my commentary on Joshua (Believers Church Bible Commentary), both in the commentary proper and in the topical essays at the back. You might like to have a look.