What's New
Multiply September Ukraine Updates
Volunteers in B.C. honour Leamington woman tragically killed...
Delete or not to delete, that is the...
Believers bring water for drought baptism
Encouragement to those in the arena
Keeping attention and making an impact: A few...
Open hands to reconciliation
From the editor
Approaching truth and reconciliation with love in our...
MB Seminary offers new MA in Transformational Leadership...
Home Arts & Culture Is charity ever selfless?

Is charity ever selfless? 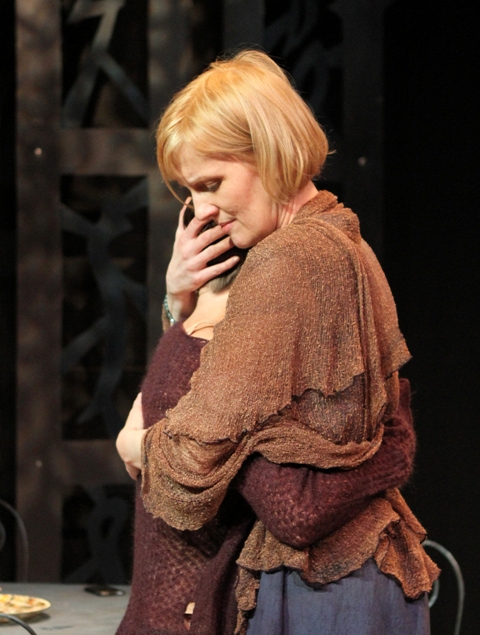 What drives us to help others? Are we moved by compassion, by pity? Do we have a need for significance that can only come from sacrifice? Or, do we make a logical choice to serve based on our belief in human equity?

Mother Teresa is dead. And, Helen Edmundson’s play of the same name asks, did selfless charity die with her? Under the direction of Evan Frayne (Romeo and Juliet, Jesus Hopped the A-Train), The Bleeding Heart Collective’s production of Mother Teresa is Dead poignantly explores the complexity of personal relationships and human charity.

The story unfolds in contemporary India as Mark arrives to retrieve Jane (his wife and the mother of their five-year-old child); she has been missing for seven weeks. He can hardly imagine that her sudden abandonment of their life in London was motivated by a desire to help those least able to help themselves.

Jane is caught between her old life, and a new one with Srinivas, the attractive and charismatic man who runs the shelter where she has been working. Broken and haunted, she seeks to find balance between real needs and the false concerns of materialistic Western culture. 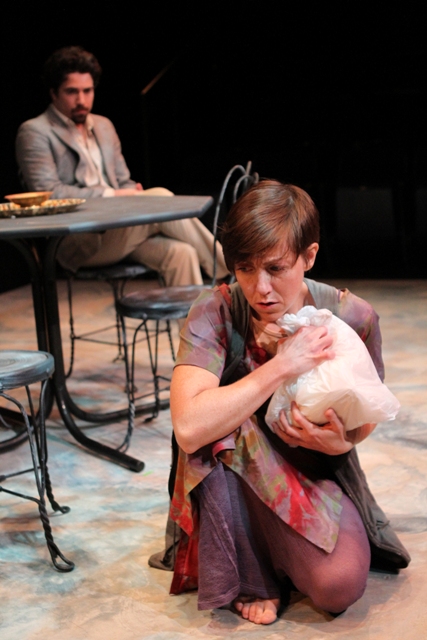 Francis, who shelters Jane after finding her delusional and crying in the street, is caught in the tension between Srinivas, whose mother was her childhood friend; Jane, her fragile ward; and Mark, the volatile and confused husband – and Francis is not without baggage of her own.

Mother Teresa is Dead explores the resentments, jealousies, sacrifices, and uncertainties we endure to find love and meaning in a broken world. Edmundson’s dense yet organic dialogue is brilliantly interpreted by both director and cast.

Sebastian Kroon delivers raw emotional intensity as the confused and angry Mark. His role’s overbearing presence is expertly foiled by Kayvon Kelly, who plays the charming and thought-provoking Srinivas with perfect comedic timing. Julie McIsaac (The Spitfire Grill) plays Jane with a subtle balance of tenderness and tension. Rounding out this small cast, Katharine Venour (My Name is Asher Lev) shines as Francis, masterfully capturing the complications of her character’s role and serving as an anchor for the oscillating conflict between Edmundson’s characters and themes.

Frayne’s direction crafts moments of laughter, redemption, and understanding, which punctuate and balance the dense and challenging themes of Edmundson’s script. The costumes, sound, properties, lighting, and sets, minimal in nature, artfully satisfy the audience’s need for context without distracting from the unfolding drama.

Though Mother Teresa is Dead provides no clear resolution to the tension between charitable living, familial responsibilities, and Western materialism, it reminds us that the answer to our questions about our responsibilities, roles, and relationships is itself a dialogue. It’s a dialogue with our conscience, our culture, our loved ones, and our spiritual beliefs.

Our best efforts to be good, though imperfect in nature, are still acts of redemption in a broken world, Edmundson implies. Above all, her play reminds us of the necessity of grace for others as we all try to answer these questions as best we can in the life set before us.

Audiences of Mother Teresa is Dead will feel like voyeurs, watching this intimate and intense dialogue unfold along with the tempers, values, and politics of its onstage participants. But viewing this drama is not enough; audiences will be moved to participate by taking this conversation about philanthropy, love, and duty away from the Pacific Theatre stage into their own personal, local and global relationships.

Robin Lawrence is an instructor and academic counsellor at Columbia Bible College in Abbotsford, B.C. She holds a BA in English literature from the University of the Fraser Valley and is working toward completion of a MCS in Christianity and the arts at Regent College, Vancouver. 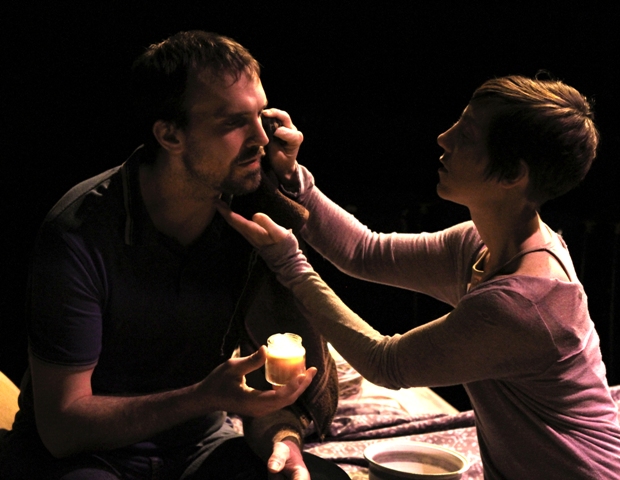