What's New
6 reasons to attend the MWC Global Assembly...
One too many
Just one more
A safe place in Winnipleg
When the sent are sent away
Leading through the trauma of covid: part one...
Church of Lithuania supports Ukraine Christians
A mennonite heart for refugees
A great time for building relationships
Multiply announces new General Director
Home MB HeraldColumns #InDialogue on “Peace – The Exhibition”

#InDialogue on “Peace – The Exhibition” 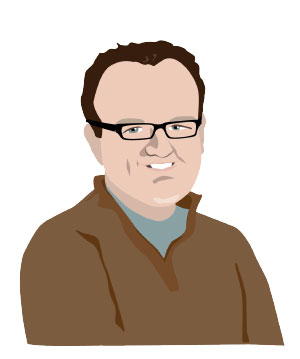 I recently took my family to visit the Canadian War Museum in our nation’s capital, where my children were fascinated to walk through exhibits about wars on Canadian soil, the World Wars, the Cold War, and peace operations. Okay, more accurately, they spent most of the time looking at the tanks, and thought it was weird that the Plains of Abraham War lasted only 30 minutes. This national museum of military history begs questions for a Mennonite Brethren about what peacemaking is all about and makes me wonder as a dad how to teach my own kids about our Christian response to war.

I was born into the Dutch Christian Reformed tradition, dabbled in Pentecostalism, and about eight years ago, chose to be part of The Gathering, an MB church in Ottawa, because my wife and I felt it fit where we were in our spiritual lives.

Both my grandfathers served in World War II, but they never spoke of it. Part of me understood that war was a necessary evil, but I didn’t give it much thought. So we were moderately surprised by the MB position on Christian peacemaking brought to our attention when we became members. (The “Love and Non Resistance” section of the Confession of Faith states, “We view violence in its many different forms as contradictory to the new nature of the Christian” and that “in times of national conscription we believe we are called to give alternative service where possible.”)

As a first generation MB, I wasn’t sure how I felt about this position, so I embarked on a journey where I found myself at “Peace -The Exhibition” in the War Museum.

The exhibit focuses on how Canada has negotiated, organized, and intervened for peace, and highlights the Mennonite story in several ways. It showed the WWI military exemption cards of two church leaders, the boots of a WW II alternative service worker (Elmon Lichti), Mennonite Central Committee school and relief kits (like those shipped to Afghanistan and Haiti), and MCC’s iconic peace button:
“to remember is to work for peace.”

I read with admiration that in 1941 more than 10,000 pacifist men, as conscientious objectors, chose alternate service to aid their country. These were men who knew what they believed and stuck to their principles – and here I am, some 70 years later, questioning my own beliefs.

Then, I reached Leslie Neufeld’s profile. Although he grew up attending a Mennonite church, he chose to become a soldier in WWII. The exhibit reported “about half of all military-aged Mennonite Canadian men also made that choice.” Some may have signed up to the medical corps and been included in recruitment numbers, others felt such strong pressure either from their community or from their families who needed the money that enlistment seemed the only option. Regardless of the reasons, what struck me was that within our denomination there is diversity of opinion on what it means to uphold our Confession of Faith.

A conversation worth having

The exhibit doesn’t promote the peace approach per se, but enumerates various expressions of peace Canada has embraced. As Christians, we should be delighted such a discourse is taking place in our nation’s capital, and we should be joining the conversation.

There will always be different views on how Christians should respond to war. Some believe in a “just war” theory: war is right if the conflict meets certain criteria. Others, like Anabaptist groups, believe violence is incompatible with our faith. It’s important not to confuse nonviolence with non-action. The pacifist stance calls for a peacemaking approach that actively works for the prevention of war through nonviolent direct action and conflict resolution. This is about taking steps to build peace, not passively ignoring the horrors around us.

Living in Ottawa, where political decisions are made on a daily basis, I found this peace exhibit especially poignant. Regardless of our beliefs on just war or peacekeeping, as Christians, we should all be committed to praying for the political decision makers and our nation’s leaders.

Despite the ongoing dialogue on a Christian response to war, which I believe is both necessary and constructive, I still need to train up my own children in the way they should go (Proverbs 22:6). I want my children to know that war should always be the last resort and that our faith compels us to first seek to resolve conflict without violence. As a first generation Mennonite Brethren, I feel compelled to teach my kids how to be agents of reconciliation, to love our enemies and be peacemakers in all situations.

I will continue to visit this museum with my family and hope that, eventually, our children will want to read and learn about our history, not just visit the tanks.

—Matt Triemstra is a government relations consultant and a board member of The Gathering, Ottawa, where his wife Shayla is worship pastor. They have three young children. 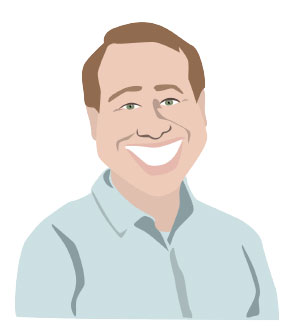 Military tanks surround us. Every way we look, there is a barrel of a gun. In this great hall, dignitaries and members of the public mix to view “Peace – The Exhibition,” opened May 30, 2013, at the Canadian War Museum in Ottawa. It seems incongruous to have an exhibit about peace in a war museum. But upon reflection, I realize that though we may disagree on the pathways to peace, most really want peace, not war.

On our summer vacation, my family made a point to visit this display that claims to be “the first major exhibition to explore the many ways Canadians have acted for peace.”

The exhibit outlines three main areas: negotiation, organization, and intervention. Each is generously illustrated with photos, film clips, artifacts, and quotes. Visitors are encouraged “to add their own voices.” There are stations to draw a picture, listen to a wide variety of peace songs, or create a peace ribbon. The curators also assembled a “Human Library” of peace stories. (MCC Ottawa office director Paul Heidebrecht served as a “book” at the exhibit’s opening.)

Featured are Canada’s contributions in events ranging from the 2010 Haiti earthquake back to the origins of the Aboriginal Six Nations confederacy. The exhibit tells how Canadian Prime Minister Lester B. Pearson spearheaded de-escalation of the international, atomically charged conflict known as the “Suez Crisis,” displays the dog-tags of former diplomat to Afghanistan Renée Filiatraut, and reveals Canada’s acceptance of U.S. citizens dodging the draft to the Vietnam War.

Quotations and artifacts – that often seem opposed to each other – convey the complexity of conflict. Contributions by historic peace church members can be found throughout the display, from the boots worn by WWII conscientious objector (CO) Elmon Lichti and WWI exemption cards from David M. Stoesz and Wilhelm Falk (supplied by the Mennonite Heritage Centre, Winnipeg) to a recording of “We are People of God’s Peace” sung by a Canadian Mennonite University group.

This exhibit was a long time in the making. After curator and assistant historian Amber Lloydlangston attended the War and the Conscientious Objector conference organized by the Chair of Mennonite Studies at the University of Winnipeg in 2006, she built connections and relationships, and persevered through a labour dispute and exhibit redesign to bring the display to fruition.

“Virtually every human society, past and present, makes war,” declares a permanent display at the beginning of the War Museum. The theatres that follow impress upon the visitor the triumphal sacrifice of Canadian soldiers through various armed conflicts. In this larger context that communicates “war is natural, and this is how Canadians do it,” “Peace – The Exhibition” offers a contrasting narrative through the stories of Canadians who negotiated, organized, and intervened to reduce conflict.

In my experience of telling the story of Canada’s conscientious objectors, I have encountered open animosity. Like those who stood for peace in wartime, I too have been told, “If that’s what you believe, you don’t belong in this country.” Though Canada has had provisions for COs, reaffirmed several times since 1793, this Canadian value hasn’t made its way into most school textbooks. Even some historians laugh off the relevance of the CO experience. I never dreamed that the story of COs like my grandfather would someday be used by the Canadian War Museum. By featuring peace advocates, “Peace – The Exhibition” allows for more than one narrative, more than one way to be Canadian. For Mennonites – once disenfranchised for their beliefs and considered outside the national norm (even incompatible with Canadian values) – to be recognized and featured in this display is significant.

I left the exhibit with the message that working for peace is a Canadian value; however, it’s achieved primarily through armed conflict. Absent is information on restorative justice programs and conflict transformation studies; the cost comparison of deploying the war machine vs. providing education, adequate housing, clean water, healthcare, and food. Where are the stories from peace activists who live an alternative to the fight-or-flight paradigm? The list could go on. Nevertheless, the display opens up new pathways for discussion.

So, where do we explore some of these other avenues of peacemaking? Where do we highlight peacemaking that inspires creative ideas and methods for addressing conflict? What are we doing to promote peace where we are? What would it take to have a Peace Museum with a temporary exhibit on war?

—Conrad Stoesz, archivist at the Centre for MB Studies and Mennonite Heritage Centre, both in Winnipeg, was involved in assembling artifacts from the Mennonite experience for inclusion in the Peace exhibit. He also maintains an informational website on the history of conscientious objectors and has published several papers of primary research on COs (www.alternativeservice.ca).