What's New
How sweet the sound
One MCC Thrift Store Began With a Few...
A Hunger for Conversation
Getting the mental and emotional rest you need...
The Patience of God
2023 Spirit of MDS Fund accepting grant applications
October 2022 update from the CCMBC Executive Board
Arnold Community Church hosts block party to thank...
When Spring returns
An autumn reset
Home Life & Faithfeature articles Worship takes shape 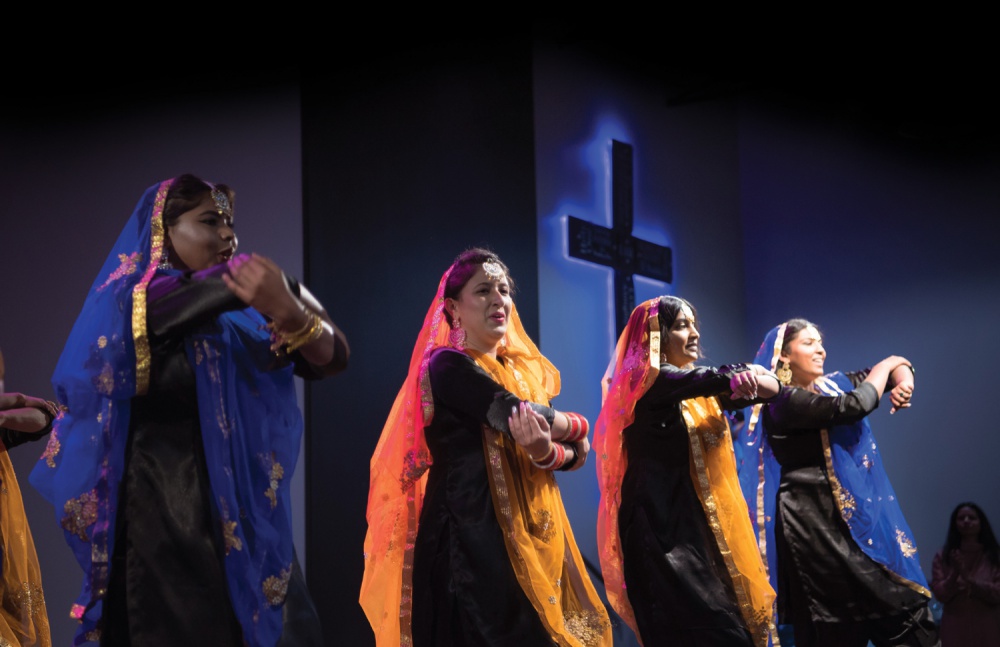 “We’re all different; God created us this way for a purpose. This is our expression,” says Rafiqua Masih of Behta Darya. Photo by Tabish Gill

I learned young that church was for sitting still. Since then, I’ve relearned that worship can mean dancing, eating – even bubble-blowing.

“Liturgy is the shape worship takes when people gather,” says Christine Longhurst, worship professor at Canadian Mennonite University, “and every church has one.”

Mennonite Brethren liturgy was shaped primarily by 20th-century revivalism and charismatic worship movements; the first focused on the sermon, the second on music.

Both have the potential pitfall of leaving the primary work of worship in the hands of a few on a stage. “Mennonite Brethren value community, but I worry that we are losing sight of the role of the community in worship,” says Longhurst.

The church has both a rich heritage and a Spirit who continually makes things new. Here are some ways that MB churches are simultaneously drawing from tradition and forging fresh paths to engage the whole community – body and soul – in worship.

“It’s natural for us to be moving during worship,” says pastor Rafiqua Masih of Behta Darya, Toronto. “Dance is part of who Punjabi and Pakistani people are.”

Masih has enjoyed watching children who shied away from their culture grow up to own their identity as Punjabi believers through the bhangra dance and dholkee and dhol music they experience at church.

Through movement, Artisan Church, Vancouver, “deconstructs the sense that church is somewhere I go to be entertained,” says pastor of spiritual formation Nelson Boschman.

During Advent, Artisan gives children each an electric tealight to place on the centre table, reminding the gathering that our light comes from Christ. And on Christmas Eve, they put strips of cloth on everybody’s chair and invite them to lay the cloth in the manger as a way of saying, “I’m available to incarnate Jesus’ life in mine.”

“The Christian calendar (Advent, Christmas, Epiphany, Lent, Easter, Ascension, Pentecost) was simply the way in which early believers tried to live out the gospel story in real time,” says Longhurst.

Heritage Mountain Community Church, Port Moody, B.C., portrays the seasons of the Christian year as refreshing beaches they return to year after year, an image they also take literally – they walk around White Pine Beach every Good Friday, enacting Jesus’ journey to the cross.

Baptisms at Highland Community Church, Abbotsford, B.C., begin with a congregation-wide procession. “Everyone brings a container that represents themselves,” says pastor J Janzen: “a mug for the coffee lover, bowl for the baker, oil can for the mechanic, water bottle for the marathoner, teapot for the preschooler – filled with water. Everyone walks past the baptismal tank and pours their water as a sign that each individual is baptized into the community.” 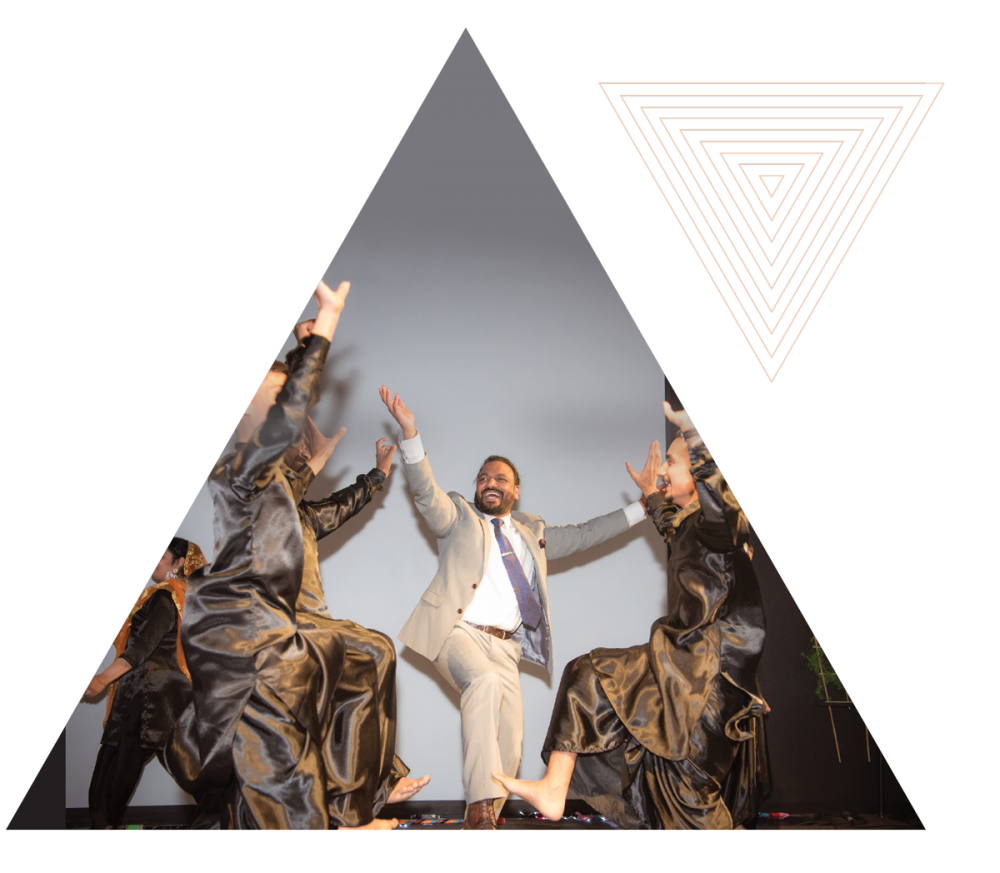 My eyes have seen your salvation (Luke 2:30)

Between All Saints Sunday and Advent, Highland displays pictures of faithful Jesus followers – from Francis of Assisi to victims advocate Wilma Doerksen – “as a way of showing, not just telling, that we are part of a much larger story and community of faith,” says Janzen.

“The images invite us to join the company of God’s people who have pursued peace at great cost, endured suffering for Christ’s sake, and joyfully blessed the world in the power of the Spirit,” says Janzen. “In short, to inspire Highlanders to look for ways in which the Kingdom might come on earth as it is in heaven.”

When many churches use modern praise music and technology such as PowerPoint, The Gathering at Broadway, Saskatoon, is reaching a younger generation drawn to silence, contemplation, and premodern signs and symbols. “Ancient liturgy connects well with those who need rootedness,” says executive pastor Dale Dirksen.

Though they meet in various rental venues, The Gathering is intentional about what their space communicates, down to their seating arrangement – facing one another, with leaders to the side. “It says we’re all participants, and we’re on a journey from different places toward the centre, Jesus,” says pastor Brian Wiens.

At the centre of the circle are signs: a cross, communion table, basin, candle. They are explained every week, but not always the same way. One meaning for the candle is that “it is warm, but also dangerous,” says Dirksen, “the way God is both welcoming and transcendent.”

“The Enlightenment took Scripture and made it cognitive,” says Wiens. “But the symbols of the church can speak to us about what we believe in ways words can’t.”

“A critique of reading ancient prayers is that you can go on autopilot and your heart isn’t engaged,” says Boschman. “But if we infuse liturgy with a sense of expectancy, knowing the Spirit is still here and has guided us in shaping these verbal responses, liturgy can help to involve the whole person.”

“Those of us who believe we pray spontaneously may be surprised how repetitive our prayers are,” says Longhurst. Thoughtfully crafted prayers “are not meant to replace spontaneous prayer but enrich it.” Like poems, their beauty can bypass cognitive defences, as Richard Rohr writes, to create “the heart leap, the gasp of breath, inspiring you to go further and deeper.”

“People often tell me they long to see and hear God at work in their midst,” says Longhurst. They may sense God’s presence in traditions such as “the words of assurance following a time of confession, in God’s words of blessing at the close of worship, or in times of silent prayer and reflection.”

“Heaps of silence,” especially during Prayers of the People, is one of the ways Vancouver’s Killarney Park MB Church worships, “alongside music and Scripture reading in our mother tongues (English, Mandarin, Korean, French, Spanish, Japanese, Swahili, and Kirundi),” says pastor David Chow.

Another valuable ancient practice is following the lectionary, which designates a Psalm, Old Testament, Gospel, and Epistle passage for each Sunday. This both “forces us to encounter a broader cross-section of Scripture readings,” says Longhurst, “and encourages congregations to read multiple passages in each service.”

The Gathering uses the Psalm and Gospel readings most Sundays and includes all four passages throughout Advent and Lent. To the old words, they add something new: during the teaching time every Sunday, they “ask a question and hand the mic around,” says Dirksen.

“If I am having a hard time believing some aspect of this story, then, being in the community, someone else can carry me along,” says Boschman. “When we read aloud together, I’m sustained by the fact that I’m joining with these people in this Spirit. Liturgy at its best serves that purpose.”

“You can smell the food in the background,” says Masih about Behta Darya, where a Punjabi meal of samosas or tandoori chicken follows every worship service. “This is another form of worship: coming together for a meal, honouring God, enjoying the same cultural experience.”

At their home prayer meetings, “everyone sits on the floor, talking and drinking tea, with the kids running around us, until 2 am: just the way they’d do it in their home country of India or Pakistan.”

“We eat together a lot!” says Chow. Killarney Park enjoys a mix of Korean and Chinese dishes at their holiday celebrations, such as Lunar New Year, when they connect the Chinese animal signs to the Creation story. (In the Year of the Rooster, they celebrated the God “who rules the roost.”)

More MB churches are celebrating the Lord’s Table weekly, such as Heritage Mountain does from Advent to Easter. “When we take communion, people volunteer to serve on the spot,” says pastor Paul Truman, “as a sign of how we participate in church life with each other, serving and being served.” 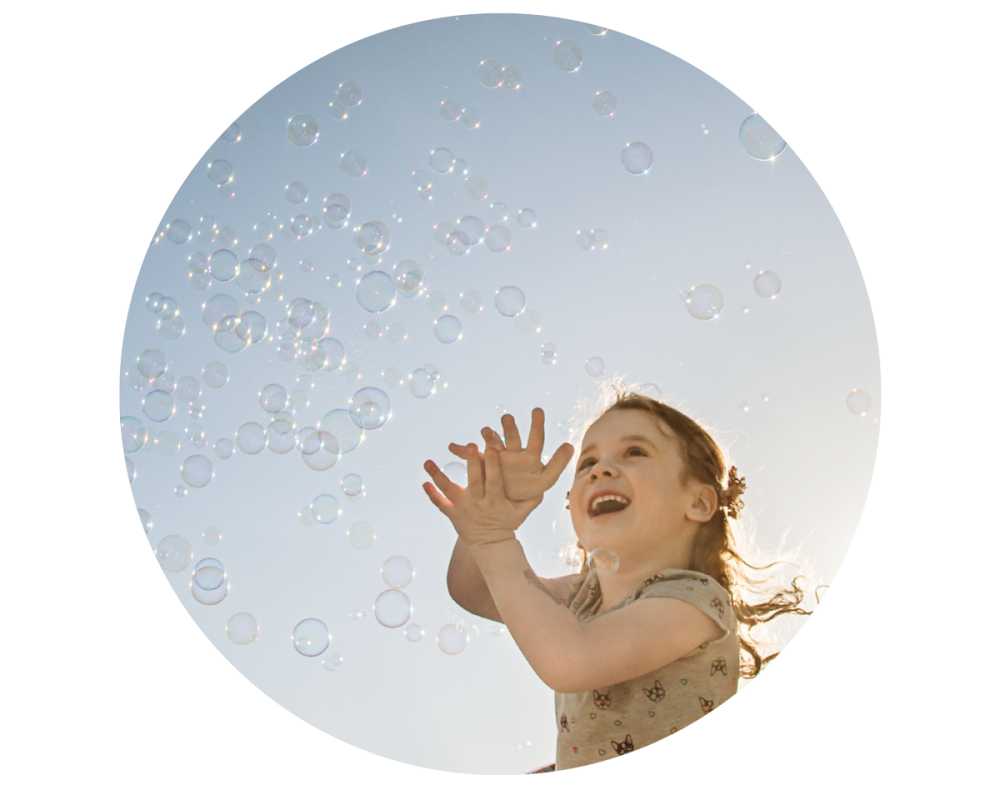 “It was a way of experiencing something we only ever talk about.”

At Crossroads MB Church’s Ash Wednesday service, in addition to placing ashes on worshippers’ foreheads, “we poured different colours of sand to represent each deadly sin,” says youth pastor Stefan Klassen, Winnipeg. Worshippers were invited to “wash” their hands in the bowl of sand, to feel “sin” fall from their fingers.

“Touch is powerful,” says Klassen. “And there’s a craving for closeness that the church can meet.”

At Behta Darya, those who come forward to request prayer for healing or respond to an altar call are anointed with oil. Highland anoints worshippers with oil as well, “to show they are commissioned as regents of the King,” and after each Sunday’s time of silence and confession, Highlanders grasp one another’s hand while offering a blessing, such as you are forgiven, be at peace.

Highland dedicates the five weeks after baptism to themes of the baptized life: stewardship, gifts, disciplines, peacemaking, and proclamation. And on the final Sunday, those who participated in baptism classes (whether or not they chose baptism) receive a wooden bowl “as a sign that they are sent as servants in the world,” says Janzen. Then these graduates lead in a footwashing service, a practice the Confession of Faith calls “a meaningful reminder of humility, loving service, and personal cleansing.”

To touch another’s feet in this way, said L’Arche founder Jean Vanier, is “to recognize that their body is precious.”

When worship is more than what we think or sing, when it touches our whole body – the way we taste, touch, speak, move, and see – people of all ages, learning styles, and disabilities are invited to respond.

“If Mennonite communities are going to practice an Anabaptist discipleship where faith produces a flesh-and-blood life,” writes Michelle Ferguson in the MB journal, Direction, “there will have to be a reunion of body and spirit.”

Jesus is the Word…made flesh. Experiencing his birth, ministry, death, resurrection, ascension, and gift of the Spirit “through our whole being reminds us what story we’re part of and embodies it in us,” says Boschman.

“There’s a sense in which we need to participate to connect,” says Boschman, quoting Erin S. Lane: “We are agents in our own belonging.”

To what extent is our worship engaging the people who come?

Have we come to see worship as a program, prepared by a few for the benefit of others?

Have we become to reliant on certain aspects of worship to the exclusion of others?

Are we consciously making room for the Holy Spirit to move among us?