Hands across the globe: Angola 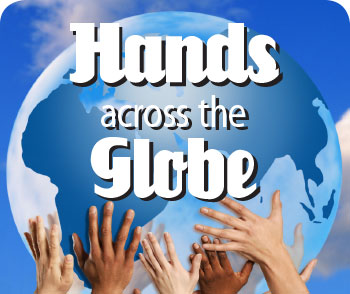 Each month in 2014, we’ll highlight an ICOMB partner. Support our brothers and sisters around the world by learning about and praying for them.

Pray for MB leaders in Angola who are working with partners on sustainable water-well resourcing and church planting in a drought-prone area where several MB churches are located.

Angola gained independence from Portugal in 1975 after nearly 15 years of warfare. Civil strife continued for another 27 years, littering the country with land mines. The coastal nation has valuable natural resources like petroleum and diamonds, yet most people’s livelihood comes through subsistence agriculture.

The MB church was founded by native Angolans returning from exile in DR Congo with a mission to plant churches. These regressados are not always accepted by the wider society and may speak French rather than Portuguese. Most of the churches are rural, located in the interior provinces, close to the DR Congo border. Some have an average attendance of 500–1,000.

Officially recognized in 1983, IEIMA persevered through internal leadership conflicts and now ministers with two other Mennonite denominations as the Conferencia Inter-Menonita em Angola (since 2003). Collaboration has also occurred with the Portuguese-speaking Brazil MB conference.

Good to see IEIMA from Angola on your prayer list. ICOMB is planing to have the next summit there and we are dealing with lot’s of bureaucracy. Please pray that all documents that the Mennonite Brethren global representatives need to apply for visa’s may come on time so this can be another successful time. Also this summit will boost and gives great dynamics to that community of lovely brothers and sisters.