What's New
Leading through the trauma of covid: Part two...
Ask God which town
Where to from here?
CCMBC National Director attends 2022 ICOMB Summit
MCC Canada and MCC Manitoba sell shared property...
The world appears to be growing darker
Sharing a new and unified language
6 reasons to attend the MWC Global Assembly...
One too many
Just one more
Home MB HeraldHomepage Hands across the globe: Lithuania

Hands across the globe: Lithuania

Lithuania’s history includes alternating periods of proud independence and foreign occupation. It was the first Soviet republic to declare independence in 1990, and it joined the United Nations in 1991. The state officially adopted Christianity in 1387; currently, 77 percent of Lithuanians identify as Roman Catholic, 1 percent adhere to other religions, and 6 percent claim no religion. 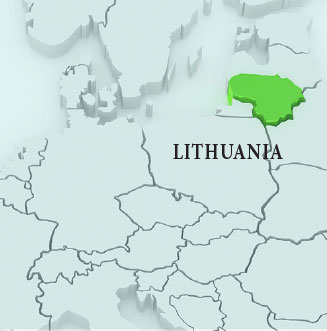 Begun through church planting efforts of missionaries from North America and Germany, Lithuanian Free Christian Church registered as an association in 2003. It continues to partner with organizations like LCC International University, Klaipeda (established by Canadian MB Art DeFehr in 1991); MB Mission; Eastern Mennonite Missions and Kontakt Mission of Germany.

In May 2014, the Free Christian Church officially joined the International Community of Mennonite Brethren Churches.

Praise God for the many young families in the churches who are eager to live what they believe and share the gospel with others.

PRAY for the resources to continue to offer summer camps for children, teenagers, and families to learn about reconciliation through Jesus Christ.

PRAY for the pastors and elder teams who lead the small churches.