What's New
Leading through the trauma of covid: Part two...
Ask God which town
Where to from here?
CCMBC National Director attends 2022 ICOMB Summit
MCC Canada and MCC Manitoba sell shared property...
The world appears to be growing darker
Sharing a new and unified language
6 reasons to attend the MWC Global Assembly...
One too many
Just one more
Home MB HeraldHomepage Hands across the globe: Panama

Hands across the globe: Panama 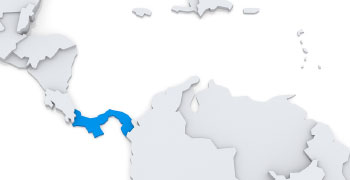 Panama is situated at the crux of two continents – an isthmus joining North and South America, bisected by a canal that creates a shortcut from the Atlantic to Pacific Oceans. Panama’s population is 70% mestizo, 14% indigenous and mixed, 10% white, 6% indigenous, with some three-quarters of the population identifying as Roman Catholic, and a further 15% as evangelical Christian.

The Mennonite Brethren churches – which trace back to the linguistic work Jacob Loewen and David Wirsche began in 1955 – are comprised of members from the Emberá and Wounaán tribes. A congregation was organized in 1964, receiving official status from the government in 1970.

Though foreign missionaries have worked among the MB churches in Panama, their approach was generally “less paternalistic,” says former MB Mission director Harold Ens, resulting in strong local leadership in the churches and conference. Teacher training to provide local education for young people has been a priority over the years.

The indigenous MB churches, mostly located in the Darién border region, have been involved in land claims negotiations with the government since 2004. Logging on indigenous land that is supposed to be protected by the government has caused violent conflicts, resulting in two deaths in 2012. The churches also face the challenges of preserving their indigenous identity in the midst of rapid changes in society.

PRAY that God will raise up more Emberá and Wounaán leaders and pastors who are transformed by the gospel.

PRAY that church leaders will live as Christ’s disciples as they work for justice and peace in the land claims situation.

PRAY for strong families, parents and youth united by their love of Jesus.

PRAISE God for a young Panamanian leader who is preparing for mission to the Wounaán in Colombia.

See other news on Panama