What's New
Leading through the trauma of covid: Part two...
Ask God which town
Where to from here?
CCMBC National Director attends 2022 ICOMB Summit
MCC Canada and MCC Manitoba sell shared property...
The world appears to be growing darker
Sharing a new and unified language
6 reasons to attend the MWC Global Assembly...
One too many
Just one more
Home MB HeraldHomepage Hands across the globe: Austria

Hands across the globe: Austria

Throughout 2014, we’re highlighting an ICOMB partner so you can support our brothers and sisters around the world by learning about and praying for them. 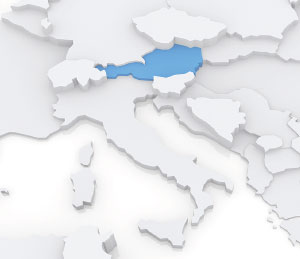 During the Protestant Reformation, 80% of Austrians followed the Reformers, particularly Luther. But under the Hapsburg Counter-Reformation, many of the citizens became re-Catholicized and the Roman Catholic church became a dominant power in religious society.

Today, some three-quarters of Austrians identify as Christian, 73.6% as Roman Catholic, 4.7% as mainline Protestant, with the free church (including Baptists, Pentecostals and Mennonites) comprising less than one percent of Austria’s 8 million people.

MB Mission’s Richard Funk reports openness to the gospel among the younger generation in a country where many are disillusioned with the church.

Recently, the Austrian government offered free church denominations state recognition if they could partner under one umbrella. Aug. 26, 2013, a partnership of 5 evangelical denominations representing 160 churches – including the MFO – were granted legal status. This new law opens the door for free-church religion classes in public schools, prison and hospital ministry, access to public media, the right to show films in church and an easier visa process for mission workers.

PRAISE GOD for the unity between the 5 evangelical denominations and the miracle of a change of heart among Austria’s government officials.

PRAY that MB congregations will find creative ways to reach their neighbourhoods with the gospel.