What's New
How sweet the sound
One MCC Thrift Store Began With a Few...
A Hunger for Conversation
Getting the mental and emotional rest you need...
The Patience of God
2023 Spirit of MDS Fund accepting grant applications
October 2022 update from the CCMBC Executive Board
Arnold Community Church hosts block party to thank...
When Spring returns
An autumn reset
Home Arts & Culturefilm/theatre Devastating drama (unfortunately) true to life 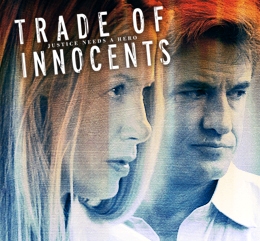 It’s just a movie. I had to keep telling myself that as I watched this thriller about prepubescent girls forced into prostitution.

As the movie foreshadowed the next child to be snatched, it was all I could do to keep watching. I wished for some bad acting to take me out of the devastating story, but Dermot Mulroney (My Best Friend’s Wedding) and Mira Sorvino (Mighty Aphrodite), who play a grieving couple working to save Cambodian girls, along with John Billingsley (2012) as the über-creepy pedophile, did not indulge me.

While Alex (Mulroney) gathers evidence to shut down a pimp named Duke (Trieu Tran), his wife Claire (Sorvino) counsels rescued girls at a shelter. Motivated – and estranged – by the earlier kidnapping and murder of their own daughter, Alex and Claire are brought together by the danger Duke presents.

With a budget of only $6 million, this independent film does its best. While some of the dialogue feels preachy (which, coming from activist characters, isn’t necessarily a sign of inauthenticity), the outstanding cast carries the story. Other lines are shocking: to gain entrance to Duke’s facility, Alex, posing as a doctor, warns him not to offer as a virgin a girl who’s been sewn back up because he’ll know the difference.

Writer/director Christopher Bessette of Thorold, Ont., told the St. Catharines Standard of standing in the former “virgin room” in a brothel-turned-community centre, Phnom Penh, Cambodia, imagining the five-year-old girls who’d waited there to be raped, and praying, “Oh, God, help me do something. Help me tell her story.” The “Puppy Love” bar scene comes from Bessette’s own experience, when he had to choose between one girl’s life and an ongoing investigation that could save many.

Trade of Innocents walks the difficult line of entertaining its audiences enough to get their attention without sensationalizing the evil. It points out the challenges: the mistrust of North American aid workers, the cultural value of silence, the economic desperation of parents who sell their children. While the line between good and evil is clear, the path to overcoming is not, nor is it without casualties. And despite victories, when the curtain closes, on the film and in life, evil is still rampant.

The worst thing about Trade of Innocents is that for 2.1 million children, it isn’t just a movie. For viewers, it shouldn’t be either: it’s a call to action.

Trade of Innocents is playing at the Winnipeg Real to Reel film festival at North Kildonan MB Church, Winnipeg, Feb 12–17.