What's New
A FOCUS on Mission
Must Patience Be So Slow?
Harold Jantz: A Heart for the Mennonite Story
Lorlie Barkman: A Life of Creative Engagement
Last Days, First Days
Women in Ministry: Bertha Dyck
January Moment in Prayer “Holy Spirit—Fill Us!”
The Church as the Patient Body of Christ
Advent: Making Much of Jesus: Christmas Day
Advent: Making Much of Jesus: Fourth Advent
Home Arts & Culture Abortion survivor story a journey of forgiveness 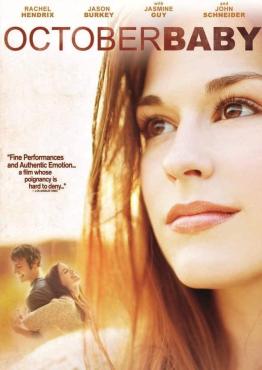 In this film inspired by the story of abortion survivor Gianna Jessen, college freshman Hannah, after discovering her physical and emotional problems stem from her entry into the world through a failed abortion, embarks on a road trip to find her birth mother, and herself.

The road trip begins with a comical assortment of characters, but after being told she’s not wanted, Hannah runs, only to be rescued by childhood playmate Jason. The friendship-turned-romance between Hannah and Jason (who happens to be dating Hannah’s tormenter) is tender and innocent, not sticky-sweet.

For a character labelled broken (diagnosed with asthma, seizures, depression, and having endured multiple hip surgeries), Hannah appears perfect: she has no limp, no erratic or self-injurious behaviour, she never seizures, she rarely uses her inhaler, and her skin, hair, and figure are flawless.

Despite some puzzling plot lines (e.g., Why did Hannah’s mother see a notice in a Birmingham church regarding an abandoned baby in a Mobile hospital four hours away? Do parents really still keep adoption a secret from their children?), the likable characters and strong message drew me in.

In her film debut, Rachel Hendrix is engaging, and Jasmine Guy (best known for her role as Whitley Gilbert on A Different World) gives a touching performance as the nurse who assisted in, and was forever changed, by Hannah’s abortion/birth.

Though satisfying in its redemption of many strained relationships and broken hearts, the film doesn’t allow Hannah a storybook ending. She sets out questioning whether the truth will set her free, and through an encounter with a Catholic priest, finds that freedom comes only through forgiveness.

The best part of October Baby came during the credits (but not because I was glad the movie was over!). The actress who plays Hannah’s birth mother, Shari Rigby, describes how God met her while she was acting (or, as it turns out: not acting at all) one of her scenes.

(Ten percent of the profits of the movie sale go to the Every Life is Beautiful fund, to be distributed to crisis pregnancy support services, life-affirming adoption agencies, and orphan care.)