What's New
Delete or not to delete, that is the...
Believers bring water for drought baptism
Encouragement to those in the arena
Keeping attention and making an impact: A few...
Open hands to reconciliation
From the editor
Approaching truth and reconciliation with love in our...
MB Seminary offers new MA in Transformational Leadership...
Multiply August Ukraine Updates
Book Review of Return Stroke: Essays & Memoir...
Home Arts & Culture Jesus for today

Son of God presents gospel on the silver screen 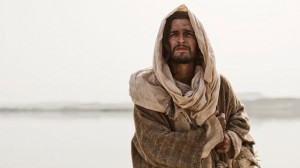 Through the ages, followers of Jesus have longed to look into the eyes of the one who came from heaven. After all, the pages of the Bible record what Jesus said, but not how he said it. What was his posture as he confronted the Pharisees? What were the inflections in his voice as he delivered the Sermon on the Mount?

We struggle to apply Jesus’ teaching to our lives when we don’t know the context of what he is talking about. To combat the limitations of text, pastors try to educate people about the foreign world of first-century Palestine. However, as explanations from theologians and anthropologists become increasingly academic, the average person trying to make a way through the worries of this world loses interest. Additionally, many begin to doubt Christianity amid criticism over sexual ethics and public debates on cosmology.

With the recent success of “The Bible” miniseries on the History channel, Hollywood has succeeded where many pastors only dream: they have caused the average person to pause, lean in and listen to the biblical narrative. The latest in this rising tide of Bible-based film projects is Son of God, a 138-minute movie presentation of the story of Jesus.

Some may balk at the idea of packaging the person and message of Jesus on the same screen used for entertainment. Consider, however, that since 1979, missionaries have used the “JESUS” film with great success to help Jesus come alive for people who have never read the Bible. That film is used in the developing world to this day.

Yet, to North American audiences used to big budget productions that make aliens, robots and superheroes seem realistic, the production value of the JESUS film is laughable. To be taken seriously, any film about Jesus must be made for the current generation’s level of expectation for a mainstream film. Son of God steps into this breach. 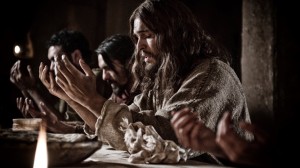 Bible readers will quickly notice the creative liberties the writers took with the text to create this film. The producers explain the intention was to create a film that carried the spirit of the story, not a word-for-word recreation of the New Testament. This is understandable as it would be cumbersome and lengthy to create such a film; however, it leads to some awkward moments. For example, instead of responding to his disciples’ fascination with the temple by prophesying its destruction, Jesus stoops down and happily tells a random child that no two stones of the building they are in will be left standing. This would be horrific to a child in that setting – and was so obviously misplaced that some people laughed out loud in the theatre as the scene ended.

Son of God was highly anticipated as it was to be presented by the same creators of the high-quality “The Bible” miniseries. What was not expected was that the producers would use the exact same footage from the TV series for the film. If you have viewed the miniseries, you have literally watched the Son of God movie in full – scene for scene. The only difference is that the narration explaining Jewish systems, unseen tensions and historical settings was removed, leaving those without a working knowledge of biblical history open to confusion. This is unfortunate as it seems this is opposite to the desired outcome for the project.

All-in-all, this film has value. It is likely to be used for sermon illustrations for years to come. It will also be a conversation starter about Jesus – even if people are talking about their criticism of the film. However, if you are looking for an opportunity to look into the eyes of the Son of God and have his teachings come to life, stick with the book. It’s way better.

Danny Ferguson is area director for Youth Unlimited (Youth For Christ) in Langley, B.C., a graduate of Columbia Bible College and attends Jericho Ridge Community Church. He loves being a husband to April and father to Joe, Avery, Micah, Caleb. Danny blogs at www.proyouthworker.com.