What's New
Through the conflict, life carries on in Ukraine
A FOCUS on Mission
Must Patience Be So Slow?
Harold Jantz: A Heart for the Mennonite Story
Lorlie Barkman: A Life of Creative Engagement
Last Days, First Days
Women in Ministry: Bertha Dyck
January Moment in Prayer “Holy Spirit—Fill Us!”
The Church as the Patient Body of Christ
Advent: Making Much of Jesus: Christmas Day
Home Arts & Culture Honesty triumphs in suspenseful legal drama 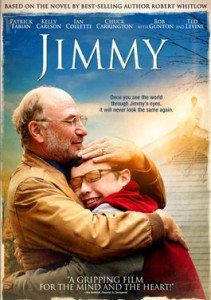 Jimmy Mitchell is a 14-year-old boy with a below-average IQ, an extreme fear of water and the ability to see angels. His uncompromising honesty puts him in the path of danger when he takes the stand in his defense lawyer father’s case, angering the town police and setting a drug dealer free.

Loving relationships abound in this adaptation of the novel by award-winning legal drama writer Robert Whitlow (Thomas Nelson). Jimmy is challenged to new heights (on a hydro pole) by his grandfather (played by Ted Levine from TV’s Monk) and nurtured by his stepmother (Kelly Carlson from Nip/Tuck).

Jimmy boasts a full roster of accomplished actors including Patrick Fabian (Saved by the Bell) as Jimmy’s father and Bob Gunton (The Shawshank Redemption) as the disgraced sheriff. The best performance is Ian Colletti’s as the jubilant and guileless Jimmy.

Free from gore, sexuality and obscenities, this film extolls the values of kindness and honesty, but suspense and threats of violence may be frightening for young children. Some viewers may find the ending unrealistic or overly sentimental, but for anyone hungry for little redemption, Jimmy delivers.