What's New
A FOCUS on Mission
Must Patience Be So Slow?
Harold Jantz: A Heart for the Mennonite Story
Lorlie Barkman: A Life of Creative Engagement
Last Days, First Days
Women in Ministry: Bertha Dyck
January Moment in Prayer “Holy Spirit—Fill Us!”
The Church as the Patient Body of Christ
Advent: Making Much of Jesus: Christmas Day
Advent: Making Much of Jesus: Fourth Advent
Home News Hooked on life

Nikolai (Nick) Jacob Enns loves his corner of the world. From his two facing windows, he looks out into the back yard. The windows offer natural light, which is important because Enns creates beautiful hooked-rug wall hangings in this corner. 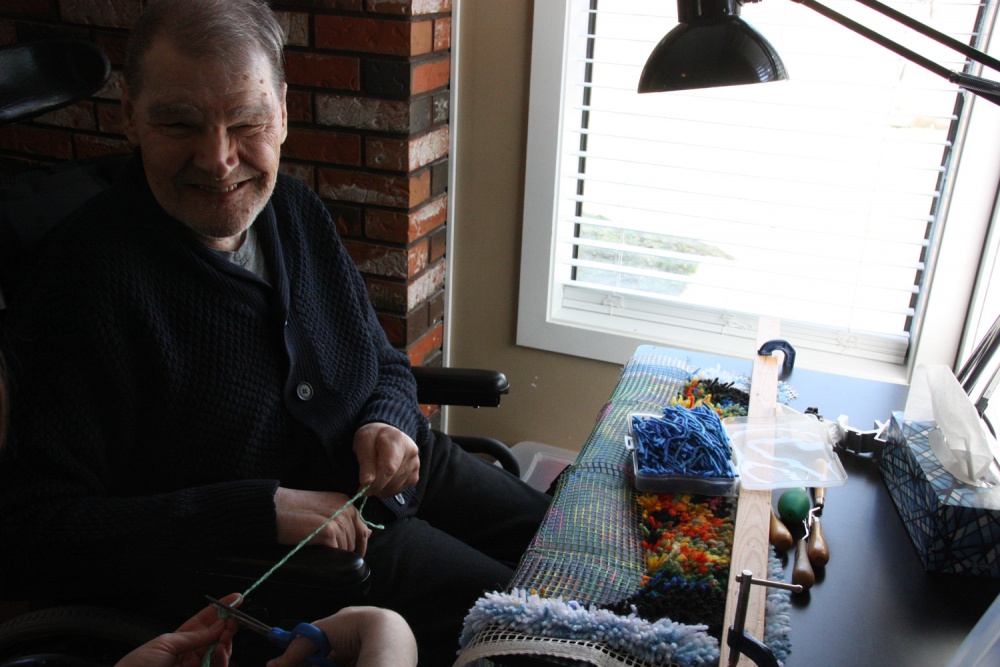 Nick loves his corner of the world where he can work on his craft and see what’s happening in the back yard. (Communitas photo: Angelika Dawson)

Enns is in his 70s and is an active person. His faith is important to him and he does his devotions daily, reading his Bible and praying. He attends Clearbrook MB Church in Abbotsford and reads the MB Herald regularly. He enjoys coffee time with his friends.

To stay fit, Enns rides the stationary bike at the gym and he enjoys watching the Senior Curling Club practice – sometimes he even joins them on the ice.

He writes letters on his old-fashioned, manual Speedwriter typewriter. He has a quirky sense of humour and loves to tell corny jokes.

But what Enns truly loves to do is work with his hands. Karin Olsen, who manages the home where he lives, says that even though it takes a long time for Enns to complete a project, he often talks about the therapeutic, satisfying nature of his work.

“His typing and his rug hooking both speak of his incredible perseverance and patience as well as the beautiful outcome when you set your mind to doing something,” she says.

One of his rugs hangs as a framed piece of art in Enns’s room. It is vibrant and cheerful, much like Enns himself. Olsen says that when he was working on it, the staff all thought that it was just a random, kaleidoscope of colours. 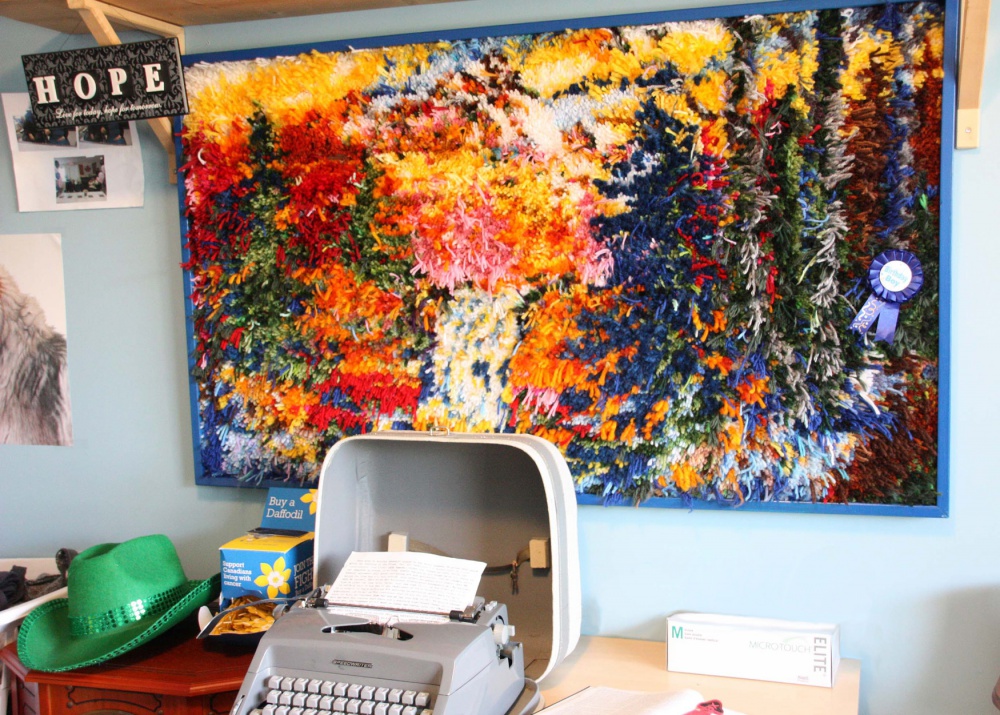 “We thought there must be a theme, but we couldn’t see it as he was working on it,” she explains. “Once it was hung on the wall, we were amazed to see the sky, the river, the mountains, and the forest. The beautiful scene was there all along.”

Olsen believes that Enns never lost sight of the whole as he painstakingly worked on the piece day in and day out. The staff estimate that it took him nearly nine years to complete.

As he works on his rugs, he chats about his life and his family. He still remembers his parents fondly and talks about his love for them.

“My dad lived to be more than 90,” he remembers. “I loved my dad. I wanted to move into the senior’s home with him but that wasn’t possible.”

Instead, Enns lives in a home facilitated by Communitas Supportive Care Society. He shares the home with Connie, Patty, and Barb.

This small community of people living with diverse abilities is a happy home. Staff and volunteers support each one as they pursue opportunities to live a rich and abundant life. Enns is grateful for this and the staff who care for him.

Communitas Supportive Care Society is a faith-based, registered charity providing care in communities across British Columbia to those living with disabilities. It began in 1974 as Samaritan’s Society for Comfort and Cheer when MB pastor David A. Friesen in Chilliwack gathered other pastors to respond to parents’ concern for their children’s care later in life. Learn more at communitascare.com.

Permission to be imperfect