What's New
6 reasons to attend the MWC Global Assembly...
One too many
Just one more
A safe place in Winnipleg
When the sent are sent away
Leading through the trauma of covid: part one...
Church of Lithuania supports Ukraine Christians
A mennonite heart for refugees
A great time for building relationships
Multiply announces new General Director
Home News Urban missionary dies 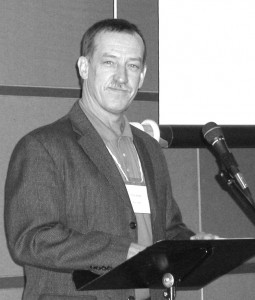 After attending Bible College, he served for some 28 years as an urban missionary with World Impact in Los Angeles and Wichita, Kan., where he resourced Mennonite Brethren mission trips, working with many Youth Mission International (now MB Mission) groups in those cities. Fred married Jolene Klaassen from Hillsboro, Kan., Aug. 28, 1977.

In 2003, Fred and Jolene moved to Winnipeg. Supported through World Impact, he served the Mennonite Brethren in Canada, first through the Canadian conference’s Evangelism Canada, and then with the Manitoba conference’s Mission and Church Extension. His vision was to inspire churches to develop ministries in the urban core. Fred founded the School of Urban Leadership (SOUL), launched in 2006, then helped develop EdenB (Escuela de Entrenamiento Bíblico), launched in 2009, to meet the growing need for local leadership training for the Hispanic community.For the last several years, he served as urban missionary in conjunction with Christian Family Centre (MB church), Winnipeg.

Nine years ago, Fred began a battle with kidney cancer. Doctors were amazed as Fred outlived first the two years they’d projected, then subsequent occurrences of cancer. Fred never gave up on his life-long calling to serve his Lord Jesus in the urban core; at Gathering 2012, Fred cheerfully hosted a bus group, guiding them through the inner city on Experience Winnipeg.

“I thank God for this inspiring example of a servant leader. It was a privilege to work closely with him and for the conference to facilitate his ministry calling this last decade.”—Ewald Unruh, formerly Evangelism Canada director, now C2C Network associate director

“One of Fred’s best gifts was the ability to network. He would bring together like-minded people and encourage them to work together. Further to that, Fred had an incredible love for ‘the least of these.’”—Elton DaSilva, MB Church of Manitoba executive director

“I was always amazed at the lengths to which Fred would go to become involved in the lives of hurting people. He was a true servant to many people whom others overlooked or wanted little to do with. Fred was continually going out of his way to care for people who were caught in difficult life situations.”—Russ Toews, former director of Mission and Church Extension

“House Blend Ministries began in large part because of Fred’s passion and drive. He had a unique ability to dive right into my world and ask questions that showed he truly understood what I was going through and give the words of encouragement I needed to carry on. I consider it a gift to have been able to work with him and miss him very much.”—Rachel Twigg Boyce, House Blend pastor

“Waste was not a word that was part of the vocabulary, the vernacular of Fred’s life. I knew Fred to be a man who yearned for every moment of his life to count for something, to mean something. He knew we were all on borrowed time.”—Edgar French, Christian Family Centre pastor

The celebration of Fred’s life will be held Wednesday, Mar. 27, 2013, at 1:00 p.m. at Portage Avenue Church, Winnipeg, with reception to follow.

In lieu of flowers, donations may be made to the School of Urban Leadership, Eden B, or Christian Family Centre.

Read back articles about Fred’s work in L.A.