What's New
How sweet the sound
One MCC Thrift Store Began With a Few...
A Hunger for Conversation
Getting the mental and emotional rest you need...
The Patience of God
2023 Spirit of MDS Fund accepting grant applications
October 2022 update from the CCMBC Executive Board
Arnold Community Church hosts block party to thank...
When Spring returns
An autumn reset
Home News Tribute: Walter Unger, 1936–2018 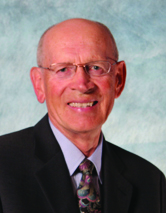 He was born July 5, 1936, in Saskatchewan to Jakob Unger and Hilda Elisabeth Wiese, but grew up in St Catharines, Ont.

Walter accepted Jesus as Saviour when he was a teenager.

Upon completion of his MA, Walter accepted an invitation to Abbotsford’s Mennonite Brethren Bible Institute – now known as Columbia Bible College, where he would spend the rest of his career. 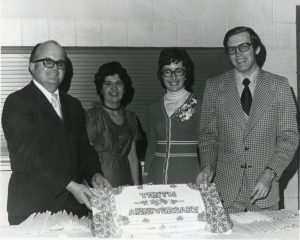 As academic dean (1970–1978), Walter was instrumental in the process of merging MBBI and Bethel Bible Institute into one school, Columbia Bible Institute. In the role again 1980–1985, Walter worked to receive accreditation with the North American Bible college accreditation body and to receive permission to change the name from institute to college.

In the midst of rocky leadership transition, Walter became acting president 1978–1980. He assumed the position permanently in 1985, presiding over growth in student body and variety of programs until his retirement in 2001. 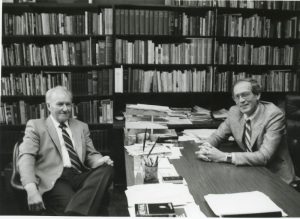 He was a scholar-in-residence at Oxford University where he furthered his interest in C.S. Lewis (see “Why C.S. Lewis lives on 50 years after his death”).

Walter served the Canadian conference boards of Christian Education and Faith and Life, most recently serving as board chair during the Women in Ministry Leadership discernment process culminating in a 2006 resolution.

He was cherished as a teacher, mentor, encourager, family man and example of a follower of Christ.

There is a memorial service at Columbia Place at 7 p.m. May 14.

The news of Walter’s passing filled me with great sorrow. Nevertheless I was reminded of many wonderful times working with Walter on the Board of Faith and Life. He was passionate about opening the door for women to serve as pastors in the Canadian Mennonite Brethren church. Together we were able to achieve that, to the glory of God and the missio dei. Rest in peace, brother. Precious in the sight of God is the death of his saints.—David Wiebe, ICOMB executive director

I had the joy of first knowing Walter and Laura during my time as children’s pastor at Bakerview MB Church. In subsequent years, whenever we were at meetings together, Wally would smile proudly and introduce me as “his pastor.” His encouragement and mentorship played a significant role in my life as a leader. I will always remember the lessons I learned from Wally about being a lifelong learner – and having enough grace and humility to admit there is always more to discover, particularly about the life of faith. Until we meet again!—Laura Kalmar

Wally was president of Columbia during my years as a student there. However, of far greater significance were the personal interactions I had with Wally, including the times he taught (preached!) in the classroom.
Wally was passionate. He modelled enthusiasm for the tasks he had before him. He approached chapels with passion. He was passionate during one-one-one conversations. And, he was also passionate when the Columbia Concords won the church league hockey championship.
I learned from Wally that people matter. He was an encourager. He saw gifts in me and fanned them into flame. He didn’t forget about his students after graduation. There were several Chinese food lunches with Wally over the years; I always left encouraged – and I don’t recall ever paying for lunch either! He cared deeply about the gospel and equipping young adults to serve in God’s kingdom.
Wally lived out his understanding that the Bible matters. This was integrated into all subjects. As I interacted with him as a fellow minister of the gospel, I found him to be grounded in Scripture – and respectful of scholars who went before. I remember him quoting MB theologian David Ewert. I think it’s time now for us to quote Wally Unger. He has left a great legacy.–Leonard Klassen, King Road Church co-lead pastor. Adapted from a tribute delivered at the memorial service

I had the privilege of calling Walter my friend. I first got to know Walter during his service on the Board of Faith & Life. We met often for conversation around theology, polity, and community. I left every conversation richer and knowing I was loved by God and Walter and Laura.
As chair of BFL, Walter led the board as they searched Scripture, prayed, studied, consulted and conversed with pastors, leaders, other denominations, and scholars on the subject of Women in Ministry. Five regional conversations led the BFL to bring a motion to Gathering 2006 to bless churches in the practice to call and affirm gifted men and women to serve in ministry and pastoral leadership. The motion was recommended and seconded, there was much discussion on the floor, then the vote was completed. Because of our friendship, I had the privilege of calling Walter – unable to attend due to health concerns – with the results. After exchanging greetings, he interrupted my eager accounting: “Don’t tell me the numbers. Were we kind and good to each other?” For Walter, the results of this massive decision paled in comparison to how the community related to one another.
Walter Unger lived out our MB convictions of Jesus as the centre of our faith, God’s Word as inspiration on how to live, community as the centre of our life, and love and nonresistance as the method of how we work together on earth.
Walter, thank you for the privilege an amazing friendship. I look forward to catching up with you in heaven one day!
Laura, my sympathies and love to you and your family.—Michelle Penner, former CCMBC event planner

Wally and I were high school buddies, college roommates and I was best man at his wedding. He loved life, thought well, made good choices and kept his commitments. Visits of our family with the Ungers over the years, despite geographic separation, were both fun and at a deeper Christian level, very satisfying. When I saw him days before his death in the hospice where he lay, I kissed him on the forehead and he responded with a slight wave and whispered, “I’ll see you.” For certain, we’ll meet again.—Harold Jantz, former editor of the MB Herald, founder of Christian Week

Thinking clearly about the Holy Spirit

What are your memories of Walter Unger? Share below.

The shrinking umbrella of faith

I didn’t have the opportunity to know Walter personally, but a few memories standout:

I remember at Gathering 2012 in Winnipeg, when the question was called on what felt like from the floor to be divisive issue, and Walter was the last person standing at the microphone, not yet having the chance to speak. The moderator at the time called for the question and closed debate. Walter respected his leadership, even though the moderator was a much younger and more inexperienced fellow. I can’t say why Walter did that, but I remember learning from Walter that respect is not only something we earn, it’s something we give as well.

Secondly I remember asking Walter at Gathering 2016 in Toronto the key to adapting to change in denominational life, particularly as fads came and went. He advised I pick my battles, that was the key to living well with change, and he confessed to jumping on a bandwagon to two himself, very animatedly declaring “I had the JESUS people in my classroom!!” Turns out even the most seasoned conference leaders jumped on a fad or two themselves.

Finally, and most personally, I remember leading a cohort of denominational friends from that same conference Hotel to a Blue Jays game in 2016. I had gone to a game earlier in the week, and knew the way through the transportation system (or at least had been down that road once). At one point I felt quite hesitant in leading the group through the bowels of Toronto Pearson airport to find the Union-Pearson Express terminal, to hear Walter’s confident and authoritative voice… well aren’t you going to lead?!? Perhaps he was just anxious to get to the game (his love of sports something I would learn about much later) but I took it as an personal object lesson to heart. Leadership isn’t always a matter of wisdom or experience, sometimes it’s simply a matter of circumstance and finding yourself at the head of the group. Either way, we are called, regardless of our wisdom, age, or experience to lead as God has gifted and enabled us.

Thanks for the tribute. He will be dearly missed, but not forgotten.