Why C.S. Lewis lives on 50 years after his death 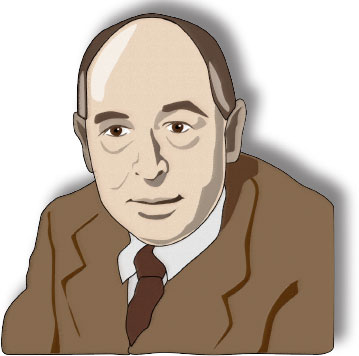 What do Tom Phillips, head of the multinational company that produced the Patriot missile; Charles Colson, Richard Nixon’s “hatchet man”who spent time in prison for the Watergate cover-up; and Thomas Monaghan, founder of Domino’s Pizza, one of America’s most successful companies, have in common?  All three had their lives radically altered by reading C.S. Lewis’s Mere Christianity. The 1952 book that grew out of Lewis’s wartime radio talks in Britain has transformed untold numbers of lives.

Mere Christianity, a book of Christian apologetics, is only the tip of the iceberg of the Lewis legacy. The Oxford don’s 21st-century repute radiates just as likely from his seven-volume Chronicles of Narnia, written from 1950 to 1956. In these children’s books, Lewis took a more indirect approach to apologetics by the use of fiction and symbol.

Even before his conversion in 1930–31, Lewis read widely in pagan myths. He was especially caught up in Norse mythology. He was also inspired by the Christian fantasy literature of George MacDonald, and challenged by the works of the brilliant Christian scholar G.K. Chesterton. The young Lewis was searching, longing for a unifying vision of reality.

A breakthrough came when Lewis’s friend and soon-to-be-famous writer J.R.R. Tolkien pointed out that, while engaging the Christian narrative, Lewis was “limiting himself to his reason when he ought to be opening himself to the deepest intuitions of his imagination,” writes Lewis’s biographer Alister McGrath. McGrath says Tolkien advised Lewis to “approach the New Testament with the same sense of imaginative openness and expectation he brought to the reading of pagan myths.”

Through Tolkien’s help, Lewis came to see that myths were “tales woven by people to capture the echoes of deeper truths,” writes McGrath. However, these myths could only offer “fragments” of truth, not its totality. The Oxford don realized the great pagan myths which created such deep longings within him were echoes and anticipations of the full truth that was only made known in the Christian narrative. That story made sense of all the other narratives.

Lewis made this distinction: “The story of Christ is simply a true myth: a myth working on us in the same way as the others, but with this tremendous difference that it really happened.”

Mapping the landscape of faith

Throughout his career, Lewis was incredibly creative in presenting the Christian story through varied genres – fantasy, allegory, science fiction, and solidly argued apologetics. He learned to wed reason and imagination.

His first book as a new Christian was The Pilgrim’s Regress: An Allegorical Apology for Christianity, Reason, and Romanticism (1933). John, the fictional character in Regress, reflects Lewis’s own search for the satisfaction of the intense longing he felt and found fulfilled in the Christian faith.

In 1938, Lewis saw how science fiction was being used to promote atheism and materialism, and decided it could equally well advocate for a Christian alternative. Hence came The Ransom Trilogy: Out of the Silent Planet (1938), Perelandra (1943), and That Hideous Strength (1945). The 1940s also produced The Problem of Pain, The Screwtape Letters, The Abolition of Man, The Great Divorce, Miracles, and other works in his area of specialty – Medieval and Renaissance English.

It was The Screwtape Letters that captured the fascination of the reading public. The idea for letters from a senior devil to a junior devil starting out on his first patient (a young man considering Christianity) came to Lewis during what must have been an especially dull sermon at his parish church. He wrote to his brother Warren: “Before the service was over – one could wish these things came more seasonably – I was struck by an idea for a book which I think might be both useful and entertaining. It would be called As One Devil to Another.”

The Screwtape Letters came out in Britain in 1942 and became an instant hit. When the book was published in the U.S. in 1943, Lewis gained broader fame than he ever sought or wanted.

Lewis’s popular writings did not serve his academic reputation at Oxford. They were seen as a devaluation of the highly esteemed university’s image. To add fuel to the envy of his peers, on Sept. 8, 1947, Lewis was featured on the cover of Time, signalling his arrival on the broader cultural scene. Time declared this bestselling author “the most popular lecturer in [Oxford] University,” and “one of the most influential spokesmen for Christianity in the English-speaking world.”

In The Chronicles of Narnia, Lewis introduced readers to the imaginary land of Narnia, opening a window to an alternate reality. He called Narnia a world of supposals, asking: “What might Christ become like if there really were a world like Narnia and He chose to be incarnated and die and rise again in that world as He has actually done in ours?”

The Chronicles are a marvelous retelling of the narrative of creation, fall, and redemption. Beginning with The Lion, the Witch, and the Wardrobe, the majestic Christ figure Aslan set the stage for the whole series.

How is it that in our postmodern age The Chronicles of Narnia are in many ways more effective in communicating the Christian story than Mere Christianity?

In the cultural shift starting in the 1980s, modernity finally lost out to postmodernity. Intuitive ways of thinking shaped by imagination and narrative superseded linear thought. In Chronicles, Lewis appealed to our intuitive, right-brain thinking by drawing us into a magical world where we see everything in a new way, bringing about a sense of mystery, awe, and wonder.

In The Lion, the Witch, and the Wardrobe, we enter a world under the spell of the evil White Witch. Consequently, it is always winter in Narnia without the prospect of spring – life without hope. Among the four children who have walked into this magical world through a wardrobe, there is a traitor, Edmund, who is seduced by the White Witch’s candy and promise of a castle, full of Turkish Delight, where he will be king. Edmund agrees to deliver the other children to the witch.

The only hope for Edmund’s freedom, the other children’s rescue, and winter’s end is the return of the great lion Aslan, son of the Emperor-Beyond-the-Sea who will set things right.

Alas, when Aslan appears, he is taken by the White Witch, tied to a great Stone Table, and slain. When the children return to the scene of execution, they are overwhelmed to see Aslan gone and the Stone Table broken. Then, the resurrected Aslan appears, and in the most succinct way, explains to the children what these events mean: “When a willing victim who had committed no treachery was killed in a traitor’s stead, the Table would crack and Death itself would start working backwards.”

This short description of Aslan setting things right illustrates Lewis’s ability to evoke wonder in the deeper magic of Narnia. At the same time, he serendipitously illuminated the core significance of the death and resurrection of the Lion of the tribe of Judah who triumphs in our world, setting us free.

From fantasy to hard reality

The last 10 years of Lewis’s life proved to be tumultuous – a move to Cambridge, an unexpected romance and marriage, followed all too soon in 1960 by the loss of his wife Helen Joy Davidman to cancer.

A flurry of literary production notwithstanding, Lewis’s Cambridge period was dominated by his relationship with Davidman. Lewis had dealt with the topic of loss and pain on a philosophical level in his 1940 book The Problem of Pain. Now that this hard reality had set in, he had to deal with loss and pain on an experiential level. Would he personalize the message he delivered in his 1940 treatise: “God whispers to us in our pleasures, speaks in our conscience, but shouts in our pains: it is His megaphone to rouse a deaf world”?

Lewis shared his grief in his journal, first published under a pseudonym in 1961. He probed and called into question all the reasoned answers and cool theology of his earlier writings. A Grief Observed chronicles the stages of fear, anger, forsakenness, and spiritual barrenness Lewis went through.

What finally broke Lewis’s despair and brought resolution was a reaffirmation of the hope of heaven – a hope he had so glowingly spoken of in his famous 1941 “Weight of Glory” sermon: “At present we are on the outside of the [eternal] world, the wrong side of the door. We discern the freshness and purity of morning, but they do not make us fresh and pure. We cannot mingle with the splendours we see. But all the leaves of the New Testament are rustling with the rumour that it will not always be so. Some day, God willing, we shall get in.”

Fifty years after his death, Lewis lives on. His books still speak to the hearts and minds of millions. Mere Christianity continues to be a strong defence of the essentials of biblical orthodoxy. His works of fantasy still open the imaginative depths of the Christian faith.

In the U.S., where Lewis has become an evangelical icon, polls show Mere Christianity to be the most influential book of the 20th century. The same polls give The Lion, the Witch, and the Wardrobe canonical status in children’s literature of the past century.

On Nov. 22, 2013, C.S. Lewis will be honoured with a memorial stone in Poet’s Corner at Westminster Abbey, joining the likes of Geoffrey Chaucer, William Shakespeare, and Charles Dickens.

Truth always endures. In the legacy of C.S. Lewis, the truth he conveyed through sanctified imagination becomes ever brighter and clearer, leading those who follow “further up and further in” to God’s glorious presence.

—Walter Unger is president emeritus of Columbia Bible College, Abbotsford, B.C. He was a tutor at the inaugural C.S. Lewis Summer Institute in Oxford, 1988.

One of my favourite Lewis quotations comes from a 1951 letter he wrote to his friend Bernard Acworth:
“I have read nearly the whole of Evolution [probably Acworth’s unpublished “The Lie of Evolution”] and am glad you sent it. I must confess it has shaken me: not in my belief in evolution, which was of the vaguest and most intermittent kind, but in my belief that the question was wholly unimportant. I wish I were younger. What inclines me now to think that you may be right in regarding it as the central and radical lie in the whole web of falsehood that now governs our lives is not so much your arguments against it as the fanatical and twisted attitudes of its defenders.” [Italics in original.] Reference: http://www.asa3.org/ASA/PSCF/1996/PSCF3-96Ferngren.html