What's New
Through the conflict, life carries on in Ukraine
A FOCUS on Mission
Must Patience Be So Slow?
Harold Jantz: A Heart for the Mennonite Story
Lorlie Barkman: A Life of Creative Engagement
Last Days, First Days
Women in Ministry: Bertha Dyck
January Moment in Prayer “Holy Spirit—Fill Us!”
The Church as the Patient Body of Christ
Advent: Making Much of Jesus: Christmas Day
Home News Tribute: John Wiens 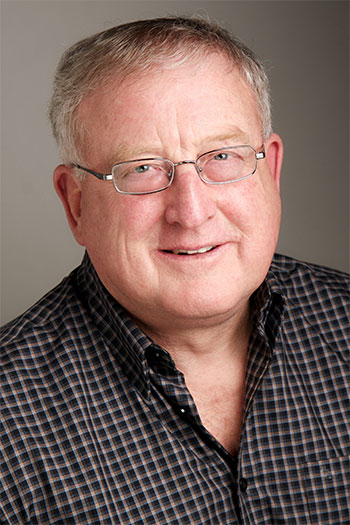 John Wiens was a missionary, church planter, pastor, mentor, friend and father. Most recently, he served for six years in Ukraine with MB Mission, planting churches and starting a ministry for orphans. In November 2013, while on MINA (Ministry in North America), John was diagnosed with cancer. He died six weeks later.

Prior to his ministry in Ukraine, John spent 35 years serving the church in Canada. He worked as pastor of small groups and care at Panorama Community Church, Surrey, B.C., and as associate pastor at Willingdon Church, Burnaby, B.C. He planted Parkland Community Church in Yorkton, Sask., and also worked at Campus Crusade for Christ.

At a time in life when many think of retirement and taking life easy, John and Ev followed God’s call to move to Ukraine. John learned a new language and culture, and began a new ministry in unknown territory, separated by thousands of miles from family and friends in North America. To us, this was a living demonstration of what risk-taking obedience to Jesus looks like.

John lived a life of servant leadership; he did not dictate, he never withdrew from any sort of task that had to be done. Everything from cleaning streets, barbequing, putting up tables, taking people in his van to whatever destination they needed – John did it. I watched him, time after time, taking long trips to encourage pastors in our network of church plants in the south of Ukraine. It was evident that people in Ukraine were longing for this kind of leader, a good shepherd – after his Lord.

John was a man who lived out the essence of the gospel. He loved the unlovely. He clothed and fed the hungry. He embraced the lonely. He followed the call of God on his life intentionally and whole-heartedly.

John was a mentor, colleague and friend. He lived a compassionate and congruent life. For him, Micah 6:8 was “quite simple: Do what is fair and just to your neighbour, be compassionate and loyal in your love. And don’t take yourself too seriously – take God seriously.”

We met John and Ev in Ukraine, in 2009, when John was the speaker at the Thanksgiving service at the village church. They invited us to come for dinner at their apartment, where John talked about his vision for his work in Ukraine. John didn’t just plan to start a trade school for orphans, he worked hard to see it happen.

John Wiens was more than our pastor; he was our friend, our confidant, a shining light for Jesus Christ. John led me to Jesus, introducing me to the Bible and what it meant to become a Christian. He baptized my husband Garry and me, officiated at our wedding, and helped us understand the concept of covenant marriage. John and Ev set the example of what a marriage of two parts of a whole can look like. John gave me my first opportunities in ministry and then led the way to mission by stepping out in faith himself, which was the inspiration for Garry and me to move to Montreal.

John had a kind heart and infectious laugh. He served tirelessly, enjoying an effective ministry at Willingdon in evangelism, counselling and recovery programs. John always had a heart for the poor and those struggling with addictions. He reminded us often, as staff, to remember and serve those not doing well in life. Psalm 11:7 says, “For the Lord is righteous; he loves righteous deeds; the upright shall behold his face” (ESV). Through the years, John was engaged in doing righteous deeds. Today, he is in the presence of Jesus, beholding this face.

John spent most of his time as an associate pastor, yet there’s no discounting his role in the kingdom. He was a spiritual hero in my eyes; what an example of humility and compassion for young guys like me.

For more on the story of John’s ministry in Ukraine, see mbherald.com/dairy-farms-and-church-plants/ and his obituary.

When I was a Judge in Saskatoon I had the privilege of spending many hours with John as we worked together on projects related to the ministry of Campus Crusade for Christ. Later he invited me to speak at Willingdon Church when he was Associste Pastor there.

John was a friend and a mentor, and I shall always be blessed by knowing and learning from him. I pray that the Lord will continue to bless EV and their children and hold them close.