What's New
6 reasons to attend the MWC Global Assembly...
One too many
Just one more
A safe place in Winnipleg
When the sent are sent away
Leading through the trauma of covid: part one...
Church of Lithuania supports Ukraine Christians
A mennonite heart for refugees
A great time for building relationships
Multiply announces new General Director
Home John Henry Wiens 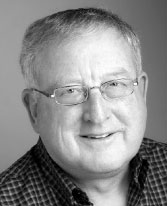 John loved growing up on the farm. He accepted Christ at summer camp. At Bethany College, Hepburn, Sask., John made a wholehearted commitment and was baptized. At University of Saskatchewan, he chose full-time ministry. He met Ev Thiessen at Bethany, and they married during his first pastorate in Lucky Lake, Sask. They joined Campus Crusade for Christ (now Power to Change) in 1970 and worked at University of B.C. In 1973, John started the campus ministry at University of Saskatchewan. John and Ev served Nutana MB Church (now Forest Grove), Saskatoon, and John became associate pastor in 1979. In 1983, after a year at the International School of Theology, San Bernardino, Calif., John planted Parkland Community Church, Yorkton, Sask. He was invited to join the staff at Willingdon Church, Burnaby, B.C., in 1989 and stayed 11 years. After an interim pastorate at Hyde Creek Community Church, Port Coquitlam, B.C., John was associate pastor at Gracepoint Community Church, Surrey, B.C. John cycled across Canada with his son Kenton: Victoria to Winnipeg in 2004 and Winnipeg to Newfoundland in 2007, raising money for Columbia Bible College and Bethany College. At 62, John felt a strong call to Ukraine. John and Ev moved to Zaporozhye, Ukraine, to serve with MB Mission in 2007. From their first month on, John’s joy led people to Jesus. John and Ev started New Hope Church, New Hope Center and a private trade school for graduated orphans (on a dairy farm). June 2013, John began having health problems; he was diagnosed with cancer in November, a challenge he faced with humour and hope. John enjoyed playing golf and Rook. He never lost his love of farming; whenever possible, he helped with the harvest in Beechy. John’s passions were following Jesus and helping others find freedom in Christ.