What's New
Multiply September Ukraine Updates
Volunteers in B.C. honour Leamington woman tragically killed...
Delete or not to delete, that is the...
Believers bring water for drought baptism
Encouragement to those in the arena
Keeping attention and making an impact: A few...
Open hands to reconciliation
From the editor
Approaching truth and reconciliation with love in our...
MB Seminary offers new MA in Transformational Leadership...
Home News Tribute: Carlin Weinhauer 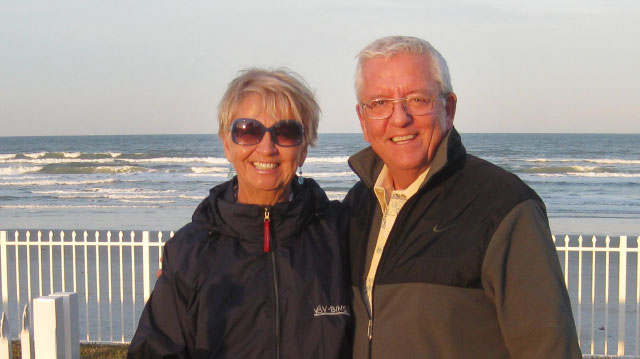 Carlin Weinhauer was a professor and administrator at Briercrest Bible College for 15 years and pastor at Willingdon Church, Burnaby, B.C., for 20. In “retirement,” he joined MB Mission’s lead team, leading 15 vision trips to Thailand, Brazil, Burkina Faso and India.

Carlin died this spring after a six-week battle with stomach cancer. He is mourned by his wife Marcia, daughters Cheri (Howard), Lynda (Allan), Rebekah (Brian), eight grandchildren, one sister and many friends.

My friend and “spiritual father,” Carlin was a man who walked the talk. He had an impact in Thailand that we will be reaping for a long, long time. He loved Ang Sila orphans, Burmese immigrants, Khmu tribal people, Cambodian refugees, Thai nationals and a whole bunch of MB missionaries! I can picture him doing that little two-step shuffle with Jesus, with one hand pointed to heaven and that great big smile, [saying] as he often said, “In Jesus’ strong name!” Carlin gets a front row seat at the celebration in heaven!

Carlin brought his love for prayer, the Word and missions to our lead team. He was a mentor to me personally and to our mobilization team, as he launched Celebrate Mission nights across North America, 15 vision trips to Thailand, India and Burkina Faso, and more recently, our Thailand development building projects. Carlin wanted to die “in the saddle with his boots on.” We will miss his God-given passion for life and all things eternal.

Rebecca and I were so appreciative of Carlin and Marcia for their focused interest in students as we taught together. I admired Carlin’s directness in his teaching and preaching: no nonsense, just integrity. Whatever it took to serve the Lord, that’s what he did. Our dear brother Carlin will be generously rewarded for his faithfulness, his focused commitment and determination to do the will of God at any cost.

Carlin excelled at turning out pastors at Briercrest College. His mind never stopped pouring out creative additions to Youth Quake. We never had stronger constituency relations before or since Carlin’s day as vice president of external relations. Through my years as president, no one was more supportive. Large numbers of people will one day be in the presence of Jesus because Carlin served where and how he did.

Carlin had a deep impact on my life, and not a week goes by when I don’t share a word of wisdom that he spoke into my life.

I remember Carlin’s sayings: “Pray in the strong name of Jesus” and “Prayer is the work.” He’d remind people that prayer is “the conscious act of the will to humble yourself before God.” At times of prayer, Carlin would always be the first on his knees.

I will never forget being in labour with Cody and receiving Carlin’s phone call, asking how things were going. No other pastor-friend would do that! He dedicated our children, led a diaper drive, brought us bran muffin mix, welcomed us into his home and cottage. Thank you for the opportunity to preach at Willingdon, for room to grow.

One of my favourite Carlinisms is “Let’s just figure out where God’s wave is and ride it.” Carlin led Willingdon from his knees.

When my dad passed away, Carlin was there during the last hours. What an honour that he and Marcia came back from sabbatical to do the funeral service for him. Carlin said, “Bob, we didn’t have enough time on this earth to talk, and when I get to heaven, we are going to find a palm tree and sit on top and talk for a hundred years.” Today, they are doing that.