What's New
Through the conflict, life carries on in Ukraine
A FOCUS on Mission
Must Patience Be So Slow?
Harold Jantz: A Heart for the Mennonite Story
Lorlie Barkman: A Life of Creative Engagement
Last Days, First Days
Women in Ministry: Bertha Dyck
January Moment in Prayer “Holy Spirit—Fill Us!”
The Church as the Patient Body of Christ
Advent: Making Much of Jesus: Christmas Day
Home Arts & Cultureart Stories in Art

For my son Nur Amar. 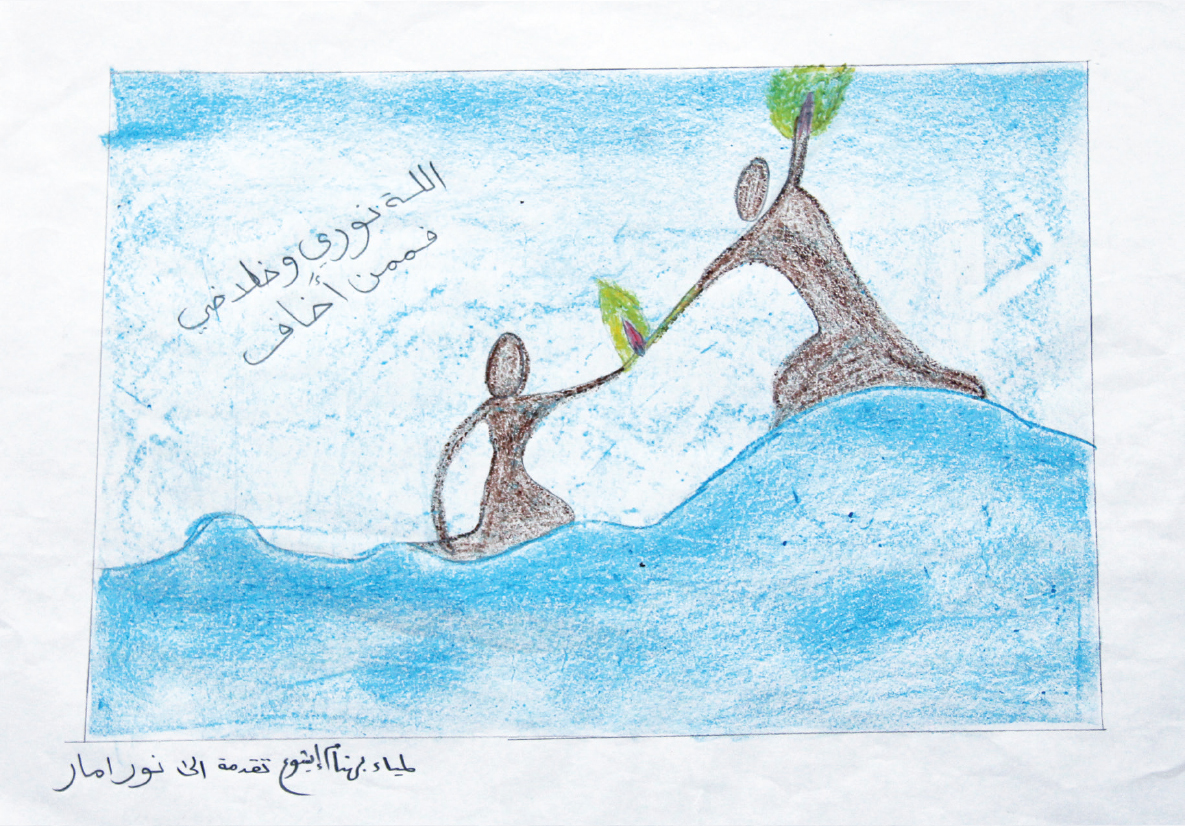 This artwork by an Assyrian Christian woman comes from the “Stories in Art from Iraqi Kurdistan” exhibit at the Mennonite Heritage Centre Gallery, Winnipeg.

The Assyrian Christian community in Iraq have lived in the Nineveh Valley since ancient times. However, as the group calling itself Islamic State (referred to here as Daesh) invaded the region, they gave Christians four options: pay a large tax in order to stay, convert to Islam, flee or die. Thousands of the residents headed toward the Christian communities in Iraqi Kurdistan.

This small region is now home to 2.5 million refugees and displaced persons, including refugees from Syria and Syrian Kurdistan and internally displaced Iraqis, Yazidis and Christians.

Kathy Moorhead Thiessen, a Winnipeg Mennonite and member of Christian Peacemaker Teams, invited ordinary people to share their story through art for this exhibit, in Winnipeg Apr. 2–May 14, 2016; at Conrad Grebel University College, Waterloo, Ont., later in May. 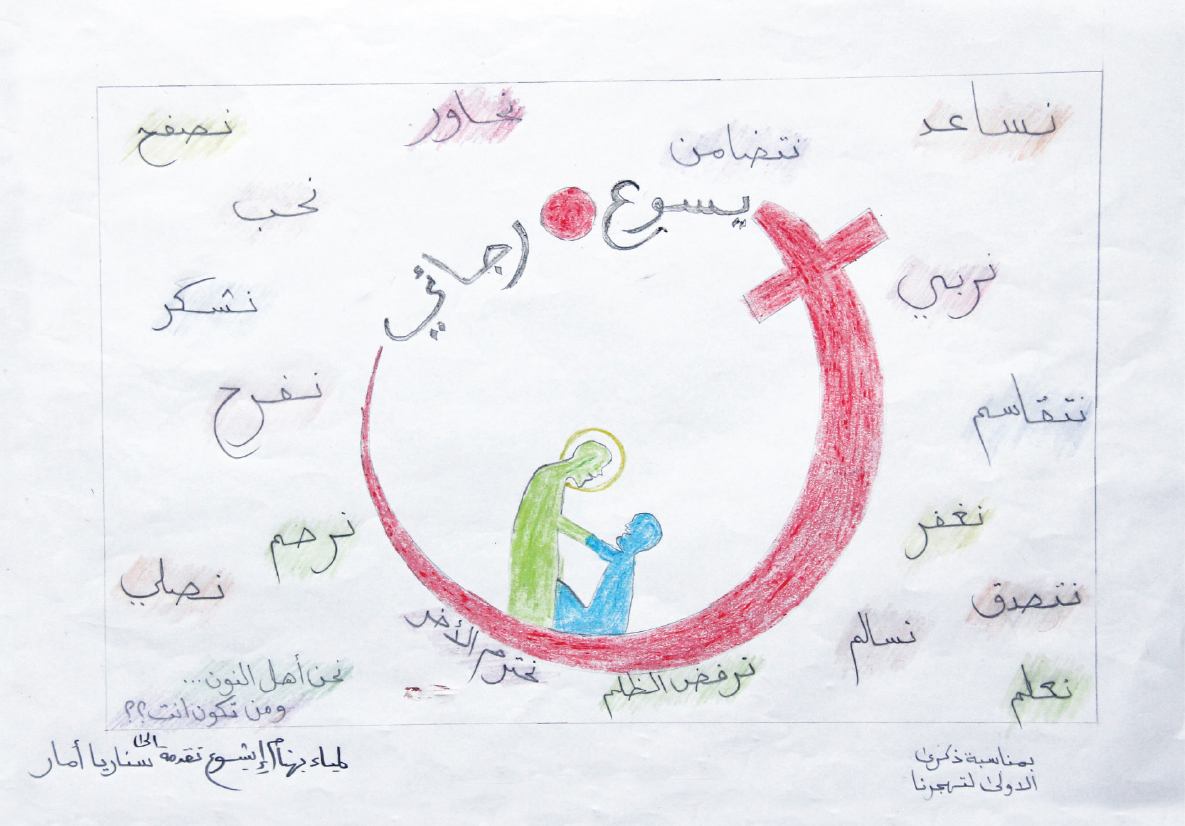 For my daughter Sanaria Amar.

The words on this drawing are translated as

Jesus is our hope,

We live in solidarity with each other,

We teach, We refuse injustice, We respect each other,

The red symbol “N” in Arabic is the first letter of Nasara (“Christians” in Qur’anic language). This letter was inscribed by Da’ash on our houses to show where the Christians lived.

Displaced, yet reaching out to others