What's New
A FOCUS on Mission
Must Patience Be So Slow?
Harold Jantz: A Heart for the Mennonite Story
Lorlie Barkman: A Life of Creative Engagement
Last Days, First Days
Women in Ministry: Bertha Dyck
January Moment in Prayer “Holy Spirit—Fill Us!”
The Church as the Patient Body of Christ
Advent: Making Much of Jesus: Christmas Day
Advent: Making Much of Jesus: Fourth Advent
Home News Mennonite Heritage Centre archives & gallery to continue under new structure 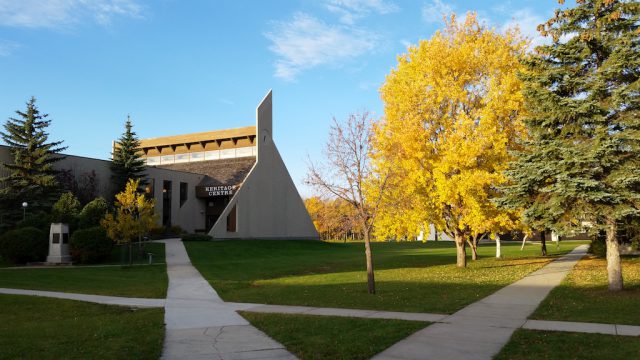 The Mennonite Heritage Centre including its archive and art gallery programs, is being reorganized under a new partnership and name.

Discussions over the last months between Mennonite Church Canada (MC Canada), Canadian Mennonite University (CMU), and the Center for Transnational Mennonite Studies (CTMS) at the University of Winnipeg culminated in a proposal for CMU to assume full ownership of the Mennonite Heritage Centre building, and programming of the faith-based art gallery, while the archives will be managed and funded by a three-way partnership of MC Canada, CMU, and CTMS. CTMS is a partnership between the University of Winnipeg’s Chair in Mennonite Studies and the D.F. Plett Historical Research Foundation Inc.

Per the proposal, CMU will own and maintain the Mennonite Heritage Centre infrastructure with staff of both the archives and gallery integrated in CMU’s human resources complement.

Operational details within the partnership will be further clarified over the coming months. The proposal was accepted by MC Canada’s General Board at a January 13, 2017 meeting. The Mennonite Heritage Centre will be re-named to become “Mennonite Heritage Archives” (MHA) on June, 1, 2017, the anticipated transfer date to the new partnership.

To facilitate the transition to the new structure, MC Canada will be releasing the current Archives program’s staff. The full-time position of Director is being eliminated, while the archivist position is being expanded to full time as part of the new partnership. Further announcements for re-staffing the new MHA are pending. A committee representing the three partners will provide leadership to the MHA.

The partnership will seek to continue and to deepen the existing mandate of the Archives program, including present and future deposits to the collections of MC Canada and other Mennonite denominations. At the same time, it will expand the focus to include resources that document the transnational Anabaptist experience, including materials related to church communities in the global south, the Mennonite sojourn in Russia, and the Low German Mennonites of the Americas.

The archives program has a distinguished record of service to the church community by storing and indexing congregational, area church, and national church records. These records, such as baptismal and church membership information, also constitute a primary source of data for church and family researchers and genealogists. The program also receives donations of records from education faculty, church leaders, and others.

The operations of the art gallery will be assumed entirely by CMU on June 1, 2017.

The art gallery is a bridge between Mennonites and other faith communities, featuring visual arts that share our own faith story within our community as well as bringing the faith stories of other religious groups to the Mennonite community. While the gallery is based in Winnipeg, travelling exhibits have been featured in congregations, campuses, and events such as MC Canada and Mennonite World Conference Assemblies.

“CMU recognizes the significant value of both the Mennonite Heritage Centre’s Archives and Gallery as valuable resources for the Mennonite community,” says Gordon Zerbe, Vice President Academic at CMU. “CMU has a strong commitment to deepening the existing and ongoing mandate of these programs.”

“The new MHA will continue to serve our congregations as an important depository for their historic records. We encourage the continued and strong support of the MHA, not only through the contribution of congregational records, but also the financial support that makes this work possible,” said Coreena Stewart, Chief Administrative Officer for Mennonite Church Canada.

“CTMS is committed to preserving and telling the evolving Anabaptist story, said Hans Werner, Executive Director, D.F. Plett Historical Research Foundation, Inc. The archives are important in insuring that the rich transnational story of Mennonite faith, life and community can be told for generations to come.”