What's New
Leading through the trauma of covid: Part two...
Ask God which town
Where to from here?
CCMBC National Director attends 2022 ICOMB Summit
MCC Canada and MCC Manitoba sell shared property...
The world appears to be growing darker
Sharing a new and unified language
6 reasons to attend the MWC Global Assembly...
One too many
Just one more
Home News Breakout: schools 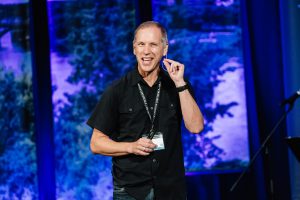 The big word at Gathering has been collaboration, and in their breakout session, our schools lived that out. MB Seminary president Mark Wessner introduced the hour by saying, “Instead of a report on each school, we’ll give you a national picture of MB education in Canada.”

MB Seminary, ETEQ in Montreal, Canadian Mennonite University (CMU) in Winnipeg, and Columbia Bible College (CBC) in Abbotsford have much in common.

“We’re grounded in who we are, and we’re exposed to others,” said Wessner of the seminary – a great learning experience for students, especially in our polarized society.

CMU president Cheryl Pauls says they are learning from a growing group of Hutterite students who bring a depth of wisdom about how to move forward in a tradition without leaving it.

Making leaders from the inside out

Continuing the collaborative theme, when asked to share a story of leadership development, the president of ETEQ praised MB Seminary.

“I had a 40-year walk in the desert without knowing Christ,” said Kristen Corrigan. When she met Jesus, “I had to rethink my whole existence. MB Seminary helped me be transformed from the inside out. It’s one of the essential parts of who I am today.” The understanding of culture and leadership she received at the seminary have been invaluable through the challenges she’s faced leading ETEQ.

“One thing that encourages me is we are increasingly working with local churches more intentionally,” said CBC president Bryan Born, “and churches have ramped up internships programs.” When a CBC student was overseas with TREK, Central Heights pastor Tim Klassen told Born, “We already have someone lined up who will mentor him when he returns.”

When the schools asked the gathering, “What are you facing in your churches that you hope the schools could address?” here are some of the responses:

Jacquie Block of the Saskatchewan conference’s developmental leadership team said the challenge Saskatchewan churches face is maintaining the connection with their leaders in training in other provinces.

David Esau, Eagle Ridge Bible Fellowship, Coquitlam, B.C., said his community has the highest number of international students in Canada. Their need is for intercultural studies.

Many of our schools named “financial uncertainty” as a challenge.

Born says the decision to attend a Bible College is now a counter-cultural act – even in the church. “In the early 1980s, I had parents, grandparents, and Sunday school teachers saying ‘Of course, you’re going to Bible college.’ [Now] the main objections come from Christian parents who ask, ‘Why would you want to spend that much money to waste a year.’”

Born said, “I keep going back to Jesus’ words: whoever puts my words into practice, your house will stand. At all our schools, we’re about that foundation” (Matthew 7:24).

“What is the best way to support our schools: directly or by supporting students?” asked Leonard Klassen from King Road MB Church, Abbotsford, B.C.

Both are important, Wessner said. Since their low tuition isn’t a barrier for most students, Corrigan requested direct support for ETEQ, offering the example of a church that plans to help ETEQ install up-to-date electronics.

For Born, the best way to support CBC is helping students come. “We only exist because we have students.”

The session ended with participants praying for the students, faculty, and staff of our schools.

[Angeline is the copy editor for the Canadian Conference of MB Churches and a member of Crossroads MB Church in Winnipeg.