What's New
One too many
Just one more
A safe place in Winnipleg
When the sent are sent away
Leading through the trauma of covid: part one...
Church of Lithuania supports Ukraine Christians
A mennonite heart for refugees
A great time for building relationships
Multiply announces new General Director
Multiply May Ukraine updates
Home Life & Faithfeature articles Six lessons from Acts

A peacemaker’s guide to addressing conflict in the church

Christians seem to have a love-hate relationship with conflict. We love to disagree (note: there are approximately 33,000 denominations in the world), yet we often feel bad about engaging in conflict. It somehow feels dirty. As we engage in theological debates, and argue about church decor, ministry methods, and a host of other very important matters (or at least they seem important at the time), is there such a thing as healthy conflict?

Conflict naturally occurs when individuals or groups collide over differences in ideas, preferences, or actions.

I’ve only met a few people in my life who relish conflict. Why do we avoid it – sometimes at all costs? I suspect many of us are afraid of entering a complex emotional zone where anything could happen. Or we may fear offending others and being disliked or rejected by them.

There are many personal reasons why we often sidestep controversial issues or gloss over relational tensions; however, our avoidance tactics may also be fuelled by a faulty theological understanding of peacemaking.

How do people called to live as peacemakers engage in peaceful and transformational conflict within the church? The early church did not always engage in healthy conflict. However, the first story in Acts 15 provides some helpful pointers for constructing a peacemaker’s guide to addressing conflict in the church.

1. Engage the issues that divide us

In Acts 15:1–2, a group of Jews from Judea were telling the believers in Antioch they needed to be circumcised. Their teaching resulted in sharp debate with Paul and Barnabas. As a result, the local church leaders appointed these two men, along with some other believers, to bring this question to the apostles and elders in Jerusalem.

I applaud these local church leaders for being willing to pay the price to engage this controversial and divisive issue that had both theological and cultural underpinnings.

The church leaders in Antioch knew that Jesus was the ultimate example of a peacemaker. In Ephesians 2:14–16, we read, “For he himself is our peace, who has made the two groups one and has destroyed the barrier, the dividing wall of hostility, by setting aside in his flesh the law with its commands and regulations. His purpose was to create in himself one new humanity out of the two, thus making peace, and in one body to reconcile both of them to God through the cross, by which he put to death their hostility.”

In this passage, we see that Jesus was not primarily a peacekeeper (one who keeps enemies apart for the sake of keeping the peace); he was a peacemaker, a bridge that brings together those who were alienated from each other.

As those called to be peace-makers (Matthew 5:9), our primary role is not to keep the peace by avoiding, minimizing, or blocking interpersonal conflict, but to encourage and facilitate relational bridge-building in the thick of conflict. “A peacemaker is one who actively intervenes in situations of conflict in order to establish peace,” states the commentary on the MB Confession of Faith.

Being a peacemaker is a difficult calling that starts with a willingness and commitment to engage the issues that divide us.

2. Look for God’s blessings in the midst of the conflict

Even though conflict can be all-consuming, it’s important we don’t miss the unexpected opportunities God sometimes provides in the midst of conflict.

Interestingly, the conflict in Antioch and the resultant trip to Jerusalem had a sidebar blessing. Paul and Barnabas were able to encourage the believers in Phoenicia and Samaria by sharing about God’s work among the Gentiles (Acts 15:3).

In fact, in Psalm 84, we see that it is possible to transform the desolate places into places of life. In this pilgrimage song, the psalmist expresses his longing to be in God’s presence in the temple in Jerusalem, but a “Valley of Baka,” a place of dryness and desolation, stands between him and the temple.

Going through a time of prolonged conflict can feel like we are wandering in a desolate wasteland. Yet, the psalmist acknowledges it’s possible to turn the Valley of Baka into a place of springs.

What was the psalmist’s secret? With God’s help, those who find their strength in God and who have set their hearts on pilgrimage can make this kind of transformation possible. As we seek the Lord and rely on him for strength, we will experience his life, hope, peace, and other blessings, even as we walk through difficult valleys marked with conflict.

Do you notice the tension that is going on in the fledgling church – a tension between previous ways of worshipping and obeying God, and new expressions?

The church in Jerusalem, along with the elders and apostles, welcomed the entourage from Antioch (Acts 15:4). However, a group of believing Pharisees apparently saw this theological debate in Antioch as an opportunity to push their own perspective. They asserted that the Gentile believers must be circumcised and required to obey the Law of Moses (v. 5). Did the elders and apostles sidestep or try to minimize this divergent perspective? No, they chose to acknowledge and consider it (v. 6).

I find that when Christian groups begin to realize that other people do things differently because they have different values-based perspectives on what is important, the lights start to go on. Now, we have something to talk about that gets beyond peoples’ preferences! (I’m indebted to Robert E. Webber’s The Younger Evangelicals for helping me understand different evangelical perspectives in North America.)

As people begin to understand each other’s underlying values, the respect level often goes up. Amazingly enough, they begin to see that their ultimate goals are actually the same (or similar) – they just have a different way of getting there.

Acknowledging and embracing common goals can be a powerful way of helping diverse individuals function as a team. A respectful process of perspective sharing and exploring can often build bridges between divergent groups, leading to a better understanding of what is most important and how a larger group can best honour the priorities of its subgroups (when it’s appropriate to do so).

4. Engage in communal dialogue and discernment

The apostles and elders discussed the issue (Acts 15:6). There was a process of communal dialogue and discernment.

Within the Mennonite Brethren conference, we believe in a “community hermeneutic” – a community approach to interpreting Scripture and applying it to our lives today. The pastoral application of the Confession of Faith describes this communal approach to understanding Scripture: “God’s followers, guided by the Holy Spirit, enter into active dialogue with others in the Christian community and discover that God reveals the truth, giving people confidence to live in challenging, changing times.”

I believe we can apply this same “community hermeneutic” approach as we seek to discern God’s perspective on areas of interest and tension within the church.

Yet, sometimes our understanding of unity can hinder us from maximizing the community hermeneutic approach. A problem arises when we assume that unity is the same as unanimity.

Unanimity suggests complete agreement. However, unity is the formation of a whole or one by combining separate, distinct parts. Diversity is an essential component of unity.

In an orchestra, unanimity is everyone playing the same musical line as the clarinets and trying to sound like them. Unity is the trumpets, saxophones, flutes, trombones, clarinets, percussion, and other instruments playing the same song with one conductor, but adding their unique sounds and musical lines to create a complex harmony, a rich oneness.

When we engage in communal dialogue where all of the group members feel safe to make their contribution to the discernment process, we will see the diverse perspectives of the body and have an opportunity to put the pieces together. This process involves a necessary tension, as we move toward true unity.

In my experience, it’s often in these unified communities of difference that we can best hear God speaking through his body.

Finally, Peter got up and told his story (Acts 15:7–12). He shared how the Gentiles had received the Holy Spirit. Circumcision wasn’t a factor in the Gentiles coming to faith; it was by grace. Peter then challenged the
assembly by asking, “Why do you want to put a yoke on these new believers that not even our ancestors could bear?” The whole assembly became silent as Paul and Barnabas shared about the miracles that God had done among the Gentiles through them (v. 12).

I appreciate Peter’s assertiveness in this situation. When it shuts down further discussion and/or minimizes the biblically consistent viewpoints of others, outspokenness becomes counterproductive. However, as we seek to address conflict in healthy ways, it’s a mistake to think there’s no room for outspokenness – a boldness to speak up for those on the margins or challenge inadequate, dominant viewpoints. In fact, outspokenness is essential to ensure we hear the wisdom God has entrusted to each member of the body.

When Barnabas and Paul had finished sharing, James, after appealing to the prophets, declared: “It is my judgment, therefore, that we should not make it difficult for the Gentiles who are turning to God. Instead, we should write to them, telling them to abstain from food polluted by idols, from sexual immorality, from the meat of strangled animals and from blood” (Acts 15:19–20).

Notice that James’s proposal respects some parts of Jewish tradition without requiring the new believers to follow the tradition of circumcision. It’s a win-win solution.

Sometimes, this kind of solution is elusive and requires sustained dialogue. I would hazard to guess that an ideological tension remained in the early church over this issue; yet they were able to build bridges of understanding and respect that allowed them to carve out a position that apparently satisfied both parties.

What would have happened if the leaders in the church at Antioch had sidelined those Judean Christians who were teaching the people that they should be circumcised? How might this situation have turned out differently if the local leaders had not sent representatives to Jerusalem to engage in a process of discernment facilitated by the apostles and elders?

The Acts 15 account does not provide a comprehensive guide for addressing conflict. As a description of a biblical event, it is not prescriptive of how we should handle church conflict in every situation. Yet, it does provide some helpful pointers that any individual, ministry team, or church can use to address conflict in transformational ways that promote peace at a deep level.

The question is not whether we’ll experience conflict; it’s whether we’ll facilitate healthy conflict that leads to better understandings, deeper relationships, and a strengthened church. 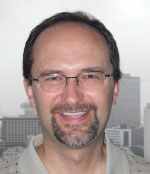 —Randy Wollf is assistant professor of practical theology and leadership studies at MBBS-ACTS. He was a pastor and missionary for 20 years before taking up his current role. Randy, Lore, and their four children are active participants at South Langley MB Church. You can follow Randy’s blog at www.MinistryLift.ca or a www.Facebook.com/MinistryLift.

Note: For those interested in exploring this topic further, Randy will be teaching a class on Power, Change, and Conflict at Canadian Mennonite University Feb. 17–21, 2014.