What's New
Delete or not to delete, that is the...
Believers bring water for drought baptism
Encouragement to those in the arena
Keeping attention and making an impact: A few...
Open hands to reconciliation
From the editor
Approaching truth and reconciliation with love in our...
MB Seminary offers new MA in Transformational Leadership...
Multiply August Ukraine Updates
Book Review of Return Stroke: Essays & Memoir...
Home Arts & Culture Music of the heart 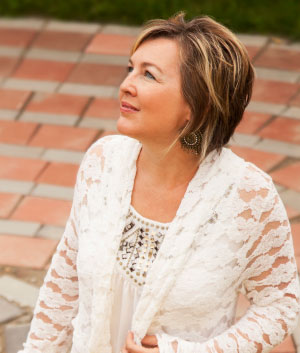 In the Gospel of Luke, Jesus heals a woman so crippled in body she couldn’t stand up straight for 18 years. Not only does Jesus free the woman from her physical ailment, he ministers emotional and spiritual healing by chastising those who criticize her, and naming her a daughter of Abraham. “This is my story,” says singer/songwriter Cathy AJ Hardy, who releases her second solo album i am she… a soul’s journey home in October.

“The ‘I am she’ song is the essence of the woman who now knows that deep, healing love, and has been transformed,” says the Highland Community Church member and Fraser Valley music teacher. “It’s a very personal album in that all of the songs arise out of the story of my journey, but I trust that they are songs we can all relate to in our stories of transformation.”

“Cathy’s music tells her story in a way that connects with her audience,” says Highland pastor Christine Kampen.

“There are a lot of women like the bent-over woman in the Gospels,” says Hardy. “It’s my desire to help us return to that invitation of being named, being healed, being set free.”

Hardy’s own journey enables her music to resonate with those experiencing difficulties. When her first solo album, Love Shines, was released, her 24-year marriage was coming to an end, leaving her devastated and heartbroken.

“I had to let go of how I hoped life would turn out. I also had to let go of how I had wanted to share that album with the community at that time,” she says. “I waded through intense grief and the frightening realities of being alone. Through it all, I have received an invitation from God not just to survive, but to live fully and deeply from the heart.”