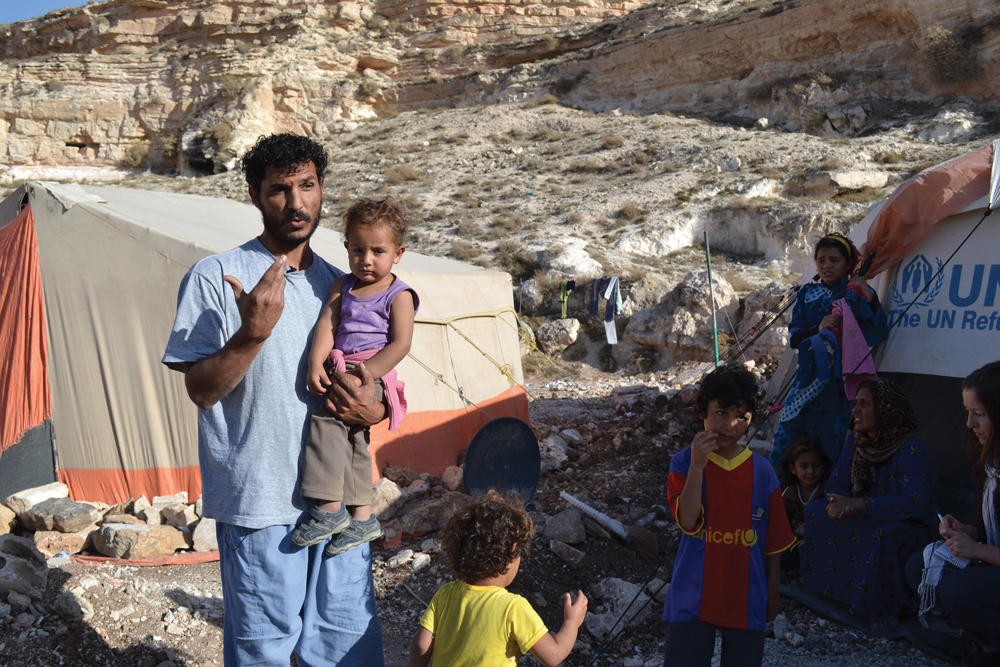 About 8 million people within Syria have been displaced from their homes, and another 4 million people have fled the country to live as refugees in surrounding countries. Pictured: the El-Razek family in Jordan. They fled Syria more than three years ago, to escape the violence that had engulfed their hometown.