What's New
Tibetans in the Neighbourhood
MCC BC and MDS Flood Response and Partnership
Resilient Leadership: Praying against burnout
Boldly advancing the gospel from our knees
MCC sends food and relief to Cubans in...
Robert Dagenais, pastor of the Sainte-Thérèse church, is...
More donated hay needed to help farmers in...
“God’s time was perfect”
Hope and pray every day
Resilient Leadership: The gift of self care
Home News More than 8,000 postcards delivered on World Food Day 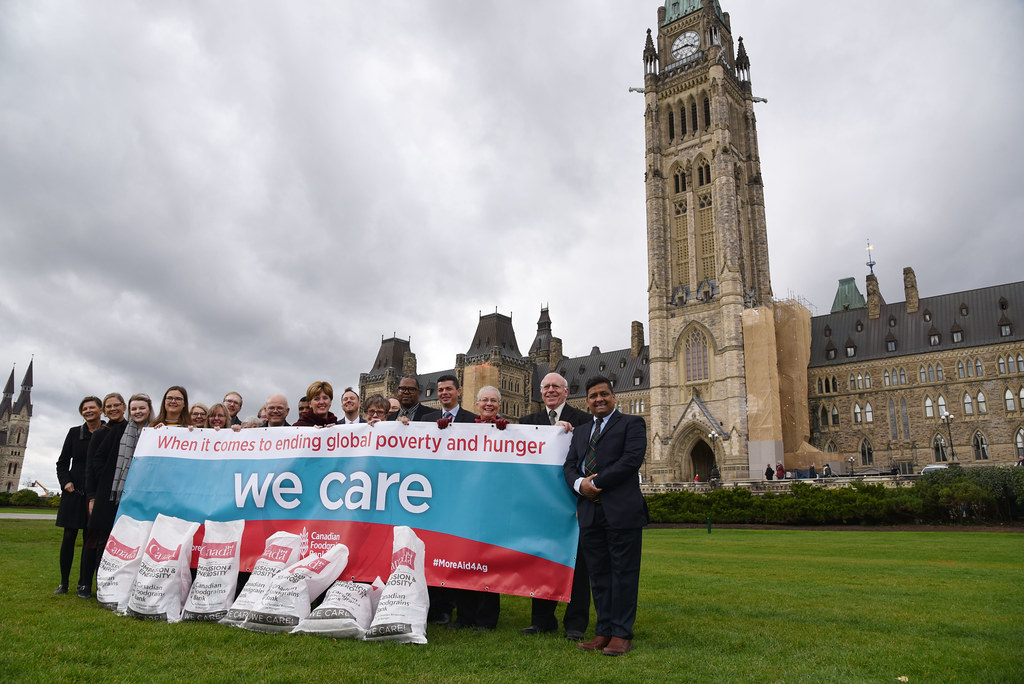 More than 8,000 I Care postcards from across Canada were delivered to the Minister of International Development by Canadian Foodgrains Bank supporters on World Food Day, Oct. 16, 2018.

The postcards were accepted by the Minister of International Development on behalf of the Prime Minister. The postcard campaign will continue through the next 12 months. The postcards contain the message that Canadians care about ending global poverty and hunger and urge an increase to Canada’s support for vulnerable people around the world.

“We are very pleased that Minister Bibeau took the time to listen to volunteers and receive the message from thousands of Canadians for an increase in Canada’s contribution to ending world hunger,” says Foodgrains Bank executive director Jim Cornelius.

“Aid is an important tool to end global poverty,” he says. “The world has made significant progress in reducing the number of hungry people worldwide over the past 25 years, but more needs to be done. We hope Canadians will send thousands of additional postcards to the Prime Minister in the coming months.”

The postcard presentation was part of a larger event on Parliament Hill that brought together volunteers from across Canada and staff from the Foodgrains Bank and its members to learn about global hunger and advocacy and then meet with members of Parliament. In the end they met with 42 individual members of Parliament, sharing the message that Canadians want to see more people around the world with the ability to enjoy full, peaceful and productive lives.

For participant April MacHattie of Truro, N.S., the three-day event was an opportunity to learn about using her voice as a Canadian to share her beliefs with her elected officials.

She notes that although she has cared about helping people in poverty around the world for a number of years, politics and the political process weren’t something that had previously interested her—but the opportunity to learn more was why she signed up for the Hill Day.

“We do what we can as individuals to have an impact,” she says. “But the government has the means to have a much bigger impact if we let them know that we care about helping the people who need it.”

“We have so much abundance in Canada – I was surprised we spend so little on aid. But we have the means to make a big impact, and we need to let the government know it’s something we care about.”

The I Care postcard campaign and the Hill Day are part of the larger I Care campaign of the Foodgrains Bank that has the goal of sharing the message with the Canadian government that Canadians care about ending global poverty and hunger.

As SK co-regional rep with my husband Rick, I had the privilege of taking part in this event in Ottawa. I brought the 300 postcards from Saskatchewan that have been signed the last few months, if any churches would like to participate let us know.