What's New
Leading through the trauma of covid: Part two...
Ask God which town
Where to from here?
CCMBC National Director attends 2022 ICOMB Summit
MCC Canada and MCC Manitoba sell shared property...
The world appears to be growing darker
Sharing a new and unified language
6 reasons to attend the MWC Global Assembly...
One too many
Just one more
Home News Community and church rally to feed hungry kids 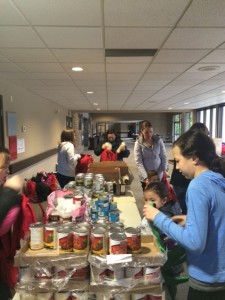 Some 400 children would go hungry in Abbotsford if not for school-based meal programs, estimates food bank director Dave Murray. What happens when there’s no school? “Dad, it’s up to you to do something about it,” said Murray’s adult daughter Sara Epp. And he did.

Murray spoke with Abbotsford Rotary Club, and members in turn contacted local congregations, which is how MB churches Northview, South Abbotsford, Mountain Park and Ross Road joined with other churches, businesses and schools to supply food to school-aged children when classes aren’t in session (summer and weekends).

The Rotary club has provided significant funding for the Starfish program, and church and corporate sponsors have contributed. A Save-On Foods supermarket provides groceries at cost. Volunteers from the churches pack the backpacks for distribution. 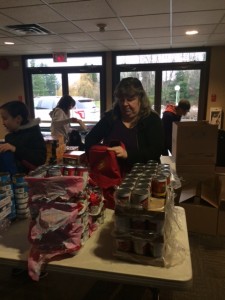 After just two years, 262 young students at 23 Abbotsford schools receive backpacks regularly. The number is still short of the need, but Bruce Beck of Rotary says growth continues as funds and volunteers are added in.

In April 2015, with the cooperation of Abbotsford Baptist Church, Starfish opened its first distribution depot to ensure that kids could be fed 12 months a year. Beck sees the depot as a significant move toward a stable, year-round system that families can depend on.

School officials say the meal programs make a dramatic impact on children’s school attendance and learning achievement. Murray says a term-end meeting with the principals of participating schools was positive with good feedback.

He hopes to add a middle school to the list of elementary institution distribution centres this fall. 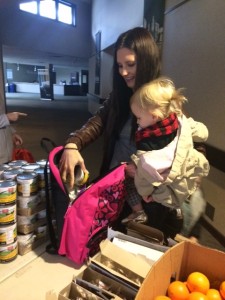 “Most of the kids we feed have parents who are working,” says Beck, “but because of low income levels, they cannot feed their families.”

Similar programs have developed in other cities, but Murray believes Abbotsford’s execution is unique: it’s community-wide, involving faith communities, secular organizations, educational leaders and business people. “Almost every one of my staffers is a believer, yet the effort embraces a very broad spectrum of the community,” says Murray. 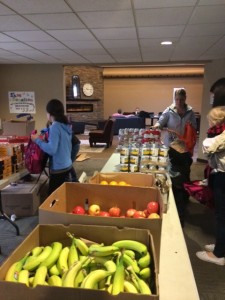 The Starfish Pack program has spread to nearby Aldergrove (where Ross Road got involved), and it’s expected to start in Chilliwack this autumn, where churches again are likely to be asked to help.