What's New
Multiply September Ukraine Updates
Volunteers in B.C. honour Leamington woman tragically killed...
Delete or not to delete, that is the...
Believers bring water for drought baptism
Encouragement to those in the arena
Keeping attention and making an impact: A few...
Open hands to reconciliation
From the editor
Approaching truth and reconciliation with love in our...
MB Seminary offers new MA in Transformational Leadership...
Home Arts & Culture Celebrate inklings of truth and beauty 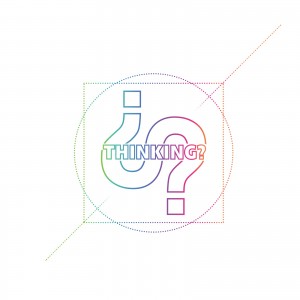 I haven’t always adored apologetics. In Bible college, I attended a debate at the local university between an evangelical creationist and Darwinian evolutionist. The Christian speaker was passionate and an adept logician, but I couldn’t help thinking the verbal jabs at his opponent moved past sincere disagreement into vindictive attack. Many Christians attendees seemed encouraged by his “victory” that night, but overhearing some of his opponent’s supporters on the way out, it didn’t seem like many hearts had been won for Christ.

Through similar experiences over the years, I came to distance myself from apologetics as a form of witness.

Getting to know director Andy Steiger and the rest of the Apologetics Canada staff over the past few years and seeing the development of their Thinking Series DVD course helped me come to see apologetics in a new light. Many Christians genuinely hunger for an intellectual spirituality. I’m glad conferences like the one I attended Mar. 6–7, 2015, at Northview Community Church, Abbotsford, B.C., can feed them so effectively.

The official theme of this year’s Apologetics Canada conference was “thinking,” but for me, the theme was cultural apologetics, with a substantial emphasis on the arts as an important means of expressing the Christian faith in a world that, at least outwardly, seems less inclined to give abstract Christian ideas a hearing.

Nancy Pearcey, author of Total Truth, gave the opening evening’s keynote. Pearcey’s central argument was that secular materialism (the belief that the universe is only material and not supernatural) is a form of idolatry wherein our society has come to worship the “god of Science” as an answer to all the problems of modern life.

However, in the midst of our culture’s embrace of science and technology, even committed atheists express a longing (via the arts) for values like love, honour, respect and peace, Pearcey pointed out, even though a purely material understanding of the cosmos offers no clear rationale for such sentiments.

The conference offered variations on the cultural apologetics theme with the three morning “TED talk” style presenters examining the role of apologetics in education and the arts.

Margaret Manning was particularly compelling, challenging Christians to move beyond the philosophical propositions and rational arguments so characteristic of modern apologetics and to engage the post-modern world with an “apologetic of beauty” that moves hearts and minds. Manning concluded with a clip from Terrence Malick’s 2012 film To The Wonder as an intriguing example of Christian cultural engagement in the secular sphere.

For many, the highlight of the day was Louis Markos’s dynamic closing address on C.S. Lewis as apologist and storyteller. His “Arguments for God from Desire and Myth” demonstrated how Lewis was able to make a compelling argument for Christian belief through his signature blend of scholarly demeanour, layman’s language and child-like affection for the fantastic.

Highlighting the ways Lewis’s faith was shaped and enhanced by his affection for the mythology of the ancient Greeks and Romans as well as Nordic and medieval lore, Markos encouraged Christian apologists to celebrate inklings of truth in the myths of other faiths and to adopt a view of Jesus Christ as the fulfillment not only of the Hebrew Old Testament, but also what Lewis called the “good dreams of the pagans.”

In its fifth year, this Apologetics Canada conference was one of the best I have attended with its array of world-class scholars and speakers, plus workshop presenters from around the Fraser Valley.

The conference runs like clockwork due to Nancy Steiger’s organizational acumen and a host of volunteers mostly drawn from the college & career ministry Andy leads in his day job as young adults pastor at the host church, Northview. The young adults band led worship under the guidance of Northview director of worship Jonathan Giesbrecht, who penned his own article about worship as an apologetic.

I am pleased to see Andy’s vision develop to include an increasingly broad spectrum of thinkers. Intellectual engagement with ideas and culture is a crucial element of Christian faith, and has been since the earliest days of the church. 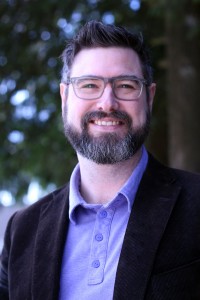 —Graham Nickel teaches high school English at Mennonite Educational Institute, Abbotsford, B.C., and is an elder at Northview Community Church. He and his wife Sharon have four children and live in Abbotsford.

Thanks to Graham Nickel for his article on apologetics. I wanted to recommend a book that is very much in the spirit of the “apologetics of beauty” he writes about. It is “The allure of gentleness: defending the faith in the manner of Jesus”. It a compilation of the thoughts of the late christian philosopher Dallas Willard on the topic of apologetics. Like the conference Nickel reported on Dr. WIllard makes the case that christian apologetics would best be served by not only intellectual rigor but a manifestation of the fruit of the spirit towards those we would wish to help with their doubts. In addition it is a good introduction to the writings of Dr. Willard as some of the chapters touch on themes explored in his other books. For example chapter 7 “Living and Acting with God” is a good summary of his book “Hearing God”. I would highly recommend it to anyone wanting to help others in their questions of faith.