What's New
Through the conflict, life carries on in Ukraine
A FOCUS on Mission
Must Patience Be So Slow?
Harold Jantz: A Heart for the Mennonite Story
Lorlie Barkman: A Life of Creative Engagement
Last Days, First Days
Women in Ministry: Bertha Dyck
January Moment in Prayer “Holy Spirit—Fill Us!”
The Church as the Patient Body of Christ
Advent: Making Much of Jesus: Christmas Day
Home News Northview and Northside: the church that bridged a river

Northview and Northside: the church that bridged a river

This is a tale about how two MB churches became one – on opposite sides of the Fraser River. Northview Community Church, Abbotsford, B.C., and Northside Community Church, Mission, B.C., minister in their respective communities. Northview’s current weekly attendance usually runs around 3,000, while Northside’s was as high as 400, but recently dipped to about 200. 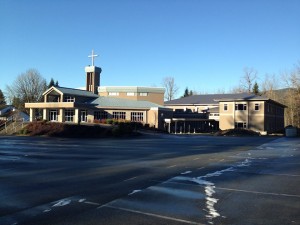 Northside had hit a bad patch, and asked the B.C. MB conference to work with them. One of the many ideas in the ensuing discussions was to ask neighbour Northview to come alongside, an idea that the Mission church’s leadership wanted to explore.

That was in mid-2014, and it birthed a concept that Northside, Northview, and BCMB leaders worked on together. Ron van Akker, associate conference minister, says the discussions became a process, in the true sense, and he believes the teams are pleased with the outcome.

In November 2014, the Northside congregation voted 97 percent to request adoption – a “replant” – by Northview. (The term “replant” is normally used for a very small remnant-congregation church; this result is unique for a church of Northside’s size.)

After intensive prayer, due diligence, review and more discussions, the process was presented to a Northview congregational meeting in late January. The vote was 99 percent in favour of the plan, to be effective immediately. 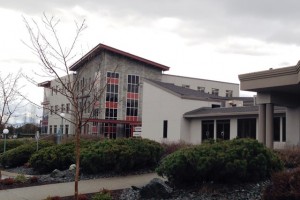 Under the agreement, the two churches are now one. Northview will operate on both its Abbotsford campus and what will now be its Mission campus.

The Mission church’s stalled building project (offices and classrooms) will be restudied in light of the needs of a Northview ministry campus facility.

Leadership and administration will be shared by Northview, but the Mission campus will be under day-to-day pastoral leadership of Northview’s prayer and discipleship pastor Ezra Okoti.

Elder oversight of the replant now falls under the Abbotsford board, but the plan would add Mission elders at an early stage.

Northside staff positions (youth and children’s ministries) will be maintained at previous levels, but the incumbents are formally terminated Feb. 15. Northview executive pastor Steve Wiens says ministry staff from the larger church will contribute time and effort to the Mission ministry in many ways.

The plan is expected to produce growth in the Mission ministry, says Wiens. Northview has about 300 regular attenders who travel to Abbotsford from the north side of the river; Wiens expects some of those will shift to the Mission campus.

Van Akker says the process of coming together was creative and unique, prayerfully done.