What's New
A FOCUS on Mission
Must Patience Be So Slow?
Harold Jantz: A Heart for the Mennonite Story
Lorlie Barkman: A Life of Creative Engagement
Last Days, First Days
Women in Ministry: Bertha Dyck
January Moment in Prayer “Holy Spirit—Fill Us!”
The Church as the Patient Body of Christ
Advent: Making Much of Jesus: Christmas Day
Advent: Making Much of Jesus: Fourth Advent
Home Arts & Culture Ready to answer the challenges 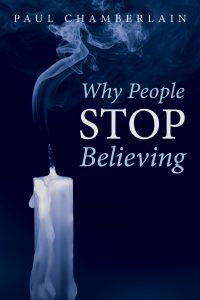 Apologetics: why believing in Jesus makes good rational sense. More specifically, this book is written to Christians who have walked away from their faith. It seeks to address their concerns, both common and uncommon.

Paul Chamberlain has worked extensively with Ravi Zacharias International Ministries and currently serves as the director of the Institute for Christian Apologetics at Trinity Western University.

As someone who often finds himself in conversations with all sorts of atheists, many who have considerable knowledge of Christian faith, I have found this book particularly insightful. Chamberlain answers questions that I have not considered, yet are often barriers of faith for others.

Chamberlain avoids easy answers and ‘straw men’ arguments. He seeks to understand atheistic ideas in their purest form without belittling those who hold the beliefs, and then soundly deconstructs them.

The primary aim of this book is to equip believers in living out the mission of the church (Article 7). It seeks to give believers answers and along with them the boldness to share their faith to anyone they might encounter.

The key insight for me came regarding the concepts of freedom and worldview. A common atheistic argument is that religion limits a mind and is not open to scientific truth. Yet Chamberlain argues that an atheist worldview is actually more limiting because it is only open to naturalistic answers, while most Christians are open to natural and supernatural possibilities. 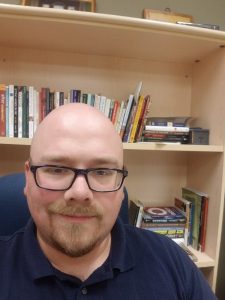 Stefan at his desk where he studies up to be “prepared to give an answer to everyone who asks you to give the reason for the hope that you have…with gentleness and respect” (1 Peter 3:15).

Overall a strong book; the only critique is that it ends very abruptly. There is no concluding chapter, or summary of the overall points at the end. Though not strictly required, because Chamberlain covers so much ground, it would have been valuable to have a short summary of each point and a proper conclusion to the book.

If you have ever found yourself wrestling with doubts, either your own or someone else’s, this book is a great resource. It is also the most in-depth book on apologetics I have read that is at the same time accessible to most readers.

“Ethics is a feeling, a sense; in fact, it is a very strong one, so strong that most of us could not deny it even if we tried. But if atheism is true…then that is all it is, a feeling or sense…. In other words, a non-theistic evolutionary basis for morality may provide an explanation for the moral feelings we all have but it provides no underpinning for objective morality.”

[Re the reliability of Scripture in the face of corruption through transmission] “There is no textual variant which would require Christians to rethink any essential aspects of their faith or belief system.”

“Relevant evidence is always welcome. What critics are not free to do is instinctively reject miracle stories out of hand due to the naturalistic predisposition of our era.”

[Stefan Klassen is a participant in MBCM’s Elevation ministry apprenticeship program, and serves at Crossroads MB Church. Stefan splits his time between working with youth and young adults at Crossroads and studying at CMU/MB Seminary. Stefan’s primary desire is to share the love of Jesus with anyone and everyone who will let him.

Read about Chamberlain’s other apologetics book:

How to wear gospel glasses