What's New
A FOCUS on Mission
Must Patience Be So Slow?
Harold Jantz: A Heart for the Mennonite Story
Lorlie Barkman: A Life of Creative Engagement
Last Days, First Days
Women in Ministry: Bertha Dyck
January Moment in Prayer “Holy Spirit—Fill Us!”
The Church as the Patient Body of Christ
Advent: Making Much of Jesus: Christmas Day
Advent: Making Much of Jesus: Fourth Advent
Home News MBCM revisions as “switchboard” of leadership development 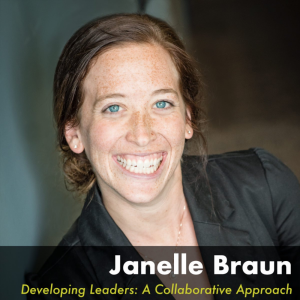 With the closure of L2L (the Canadian MB conference’s leadership development arm), MBCM is looking more closely at the big picture of how to resource a wide range of leaders: intercultural ministers, lay leaders, new pastors, and youth.

Embedded back into the church

For the past 10 years, MBCM partnered with the School of Leadership. However, in 2017, SOL’s board discerned that MBCM’s reach would be greater “if we embedded the ownership of developing leaders back into the church,” says Braun.

She points to the pattern of youth leaving the church. Sometimes youth don’t find their way back to their church after a Bible school or mission program “when the congregation hasn’t remained part of their discipleship experience,” she says.

MBCM wants to encourage and support church communities as they intentionally commission youth on that journey.

Before she put anything to paper, Braun met with pastors. One resounding message was Don’t just create another program.

The consensus, within MBCM and without, was to collaborate with existing programs such as MB Mission’s TREK program, MB Seminary’s MinistryLift, Steinbach Bible College’s online courses, and Canadian Mennonite University’s Centre for Faith and Life.

“We’re acting as a switchboard of resources,” says Braun of MBCM’s role.

When she asked leaders, What is leadership development to you, how is it being done, and how should it be done? “No one had the same answer!”

So Braun prayed, Lord, what am I hearing? What are the common themes? Some repeating needs emerged: Bible knowledge, mission equipping, personal spirituality, community building and discipleship, and practical skills. These became the core curricular values for MBCM’s leadership development platform.

Where there are gaps in available resources (for example, some materials from the U.S. don’t translate well into the Canadian MB context), MBCM will develop resources internally and promote other resources in partnership with MB schools, says Braun, “to broaden our scope of how we can develop leaders and re-engage the church in that capacity.”

MBCM executive director Elton DaSilva has already recorded a video series on “what makes a biblical leader,” and Braun is writing a training course for Christian mentors. 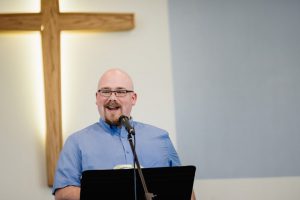 “After my undergrad degree, I felt discouraged and not very well equipped for church leadership,” says Klassen. MBCM approached him about a partnership.

“Through Elevation, I have the chance to earn an MA in Christian ministry at MB Seminary while doing youth ministry at Crossroad MB Church (Winnipeg).” Klassen finds himself “learning and leading at the same time: stretched within a framework that is supportive.”

“I have been profoundly blessed by MBCM,” says Klassen. “My goal is to translate this equipping I have received into a lifetime of blessing the church and inviting others in.”

MBCM’s charter includes the right to grant provincially accredited degrees. While not on the same level as university credits, MBCM’s certification allows leaders to receive acknowledgement for the training they earn outside an academic institution. MBCM’s church relationship management system enables leaders to track their training over the long term.

MBCM won’t take over the function of educational institutions, says Braun. “But for those who aren’t going to pursue a post-secondary degree or who aren’t ready to do that now, this will meet a need.”

In this “switchboard” function, MBCM can hold to their core leadership values, but use diverse means for equipping. “We could sit down with any of our leaders and ask, What mission experiences have you had? What prayer models have you practised? How can we validate what you’ve done and help you discover what may be missing?” says Braun.

Certification could be completed at the individual’s pace and in a variety of ways. For example, to understand MB theology, a leader could choose to attend Pastors Credentialing Orientation, audit a course at CMU, or fill out a workbook customized by MBCM. “We want to think big! Collaborating helps us do that,” says Braun.

“MBCM is walking forward with a posture of openness,” says Braun. “As people come, this leadership development platform will evolve. We hold to the why of doing it: if it’s meeting our goal of equipping Christian leaders, then we’re happy.”