What's New
MCC BC and MDS Flood Response and Partnership
Resilient Leadership: Praying against burnout
Boldly advancing the gospel from our knees
MCC sends food and relief to Cubans in...
Robert Dagenais, pastor of the Sainte-Thérèse church, is...
More donated hay needed to help farmers in...
“God’s time was perfect”
Hope and pray every day
Resilient Leadership: The gift of self care
Project Redemption
Home News “Irrational Generosity” blesses schools 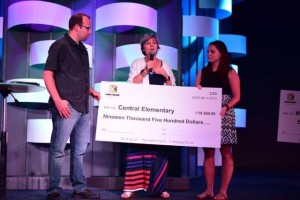 Members of Chilliwack’s Main Street Church know what it means to give.

At press time, not only have they pledged or given $630,000 toward a million-dollar expansion to the church building in downtown Chilliwack, they also contributed “over the top” to provide playground equipment for two elementary schools in their neighbourhood.

For the past few years, teachers and parents at Chilliwack’s Central Elementary Community School wrestled with the knowledge that the school’s old wooden playground equipment would have to be torn down in 2015. 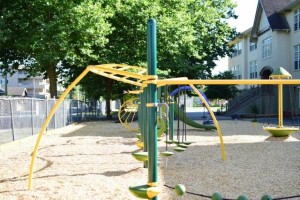 They struggled in their economically depressed neighbourhood to raise funds for replacements, but could not come near enough to their goal. “We put on many fundraisers, but only got a couple of hundred dollars each time,” says Central Grade 2 teacher Danielle Tebrinke.

She spoke about the need to her pastor, Main Street Church’s Shawn Vandop, and he suggested the church make the project the focus of their annual Mothers’ Day special offering.

In spite of Main Street’s ongoing fundraising drive for a church building project, the congregation overwhelmingly supported the campaign to make up the difference for the playground.

“Parents and staff at Central were amazed that our church would step in and help,” says Tebrinke. “They said it speaks volumes that a church would do that for the community.” 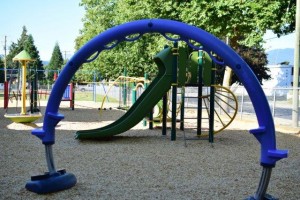 One half of the funds for McCammon were earmarked for new playground equipment, the other half to help launch a “Blessings Backpack” program that supplies weekend food for children in low-income families. [See “Community and church rally to feed hungry kids.”] 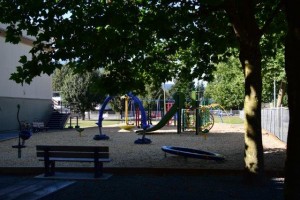 Vandop says, “We want to partner with our community, not just occupy real estate. We want to be a light in the community.” Some of Main Street’s members live in the area, and others teach or have children at the two schools, he says. “I’m sure we’ll do more projects like this in the future.”

Meanwhile, the expansion project at Main Street Church is slated to open this fall. It includes a 250-seat chapel, an industrial kitchen, reception/banquet area and a café.—Barrie McMaster, B.C. correspondent 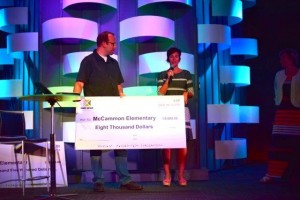