What's New
Tibetans in the Neighbourhood
MCC BC and MDS Flood Response and Partnership
Resilient Leadership: Praying against burnout
Boldly advancing the gospel from our knees
MCC sends food and relief to Cubans in...
Robert Dagenais, pastor of the Sainte-Thérèse church, is...
More donated hay needed to help farmers in...
“God’s time was perfect”
Hope and pray every day
Resilient Leadership: The gift of self care
Home News Prayer leads to WIN for churches

“What brings me joy is seeing churches working together and making a difference in the community,” says Daria Nardozza, West Island Network (WIN) coordinator. “Unity happens through sharing a greater goal.”

Five years ago, when Westside Gathering, Montreal, pastor David Manafo invited local pastors to pray weekly about the results of a demographic study on West Island, “a vision of how we could work together started to form,” he says. 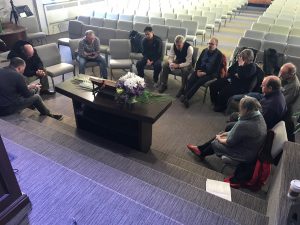 Those prayers led to the formation of WIN, a group of churches that pray together twice a month for their neighbourhoods, promote each other’s outreach initiatives, and collaborate on community projects.

For the hungry, the stranger

In January 2017, WIN hired Nardozza, who holds a masters in global urban ministry, to help churches network with non-profits, city officials, and committees as a catalyst for change.

A Westside member who grew up in West Island, Nardozza sits on two community round tables addressing food security and poverty & social exclusion. The round tables support Ugly But Loved, a Bread Basket initiative that rescues misshapen produce from going to waste and uses it in community cooking classes.

One of the ways WIN accomplishes things the churches can’t do on their own is through the newly formed Community Action and Impact Team (CAIT), currently consisting of eight people from five churches, discovering how to engage in the community together.

Getting things done with only the pastors’ involvement takes time because they’re already so busy, says Nardozza, but CAIT is trailblazing parishioners already championing the work of WIN in their churches.

CAIT’s first focus is on how individual congregations and the group of churches can help refugees transition to life in Canada.

“So many refugees and asylum seekers are coming to Quebec from the U.S., many of them to West Island because it offers affordable housing,” says Nardozza. “Most churches have refugees they’ve already connected with.”

In 2018, Nardozza launched a prayer initiative called 12 for 12: every network church prays for the same borough or city, rotating every month. To gather prayer requests, she meets with each mayor to ask two questions: What do you love about your city? How can churches be supporting and praying for your city?

“It’s been a good opportunity for me to let them know churches care about our cities.” 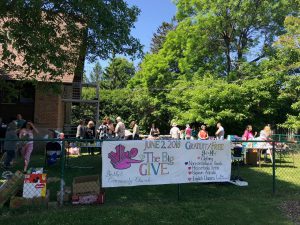 Westside was among the nine WIN churches that participate in the Big Give, an annual event to connect with the community June 2, 2018. This year, Westside offered free bike tune-ups, sewing repairs, computer optimization, and a children’s art workshop and singalong.

Nardozza says the leadup to the event was one of the best parts: “Denominations from Anglican to Pentecostal to Alliance to MB praying together for our community.”

After 15 years, Westside will finally have a permanent location to invite the community into.

Finding space in their Montreal borough was challenging, especially since – to accommodate the 60 children in their ministry – the church had gone from needing one classroom to 10. (Some 40 percent of their congregation is under 12.) Their 1,500 square-foot rental space – with no kitchen and one bathroom – didn’t leave room to grow.

In July 2017, councillors unanimously granted Westside permission to lease the industrial space as a church – without rezoning. Westside signed the lease in January 2018 and hopes to move in before the fall. 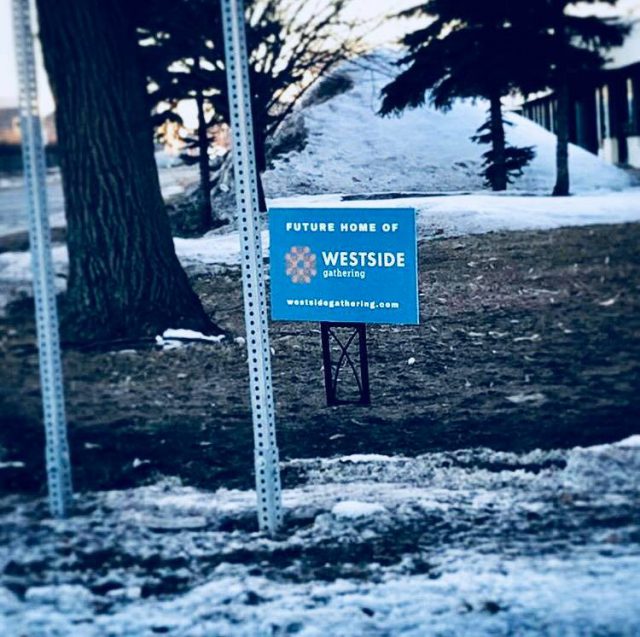 The owner upgraded the HVAC and renovated two bathrooms. Westside is raising the $380,000 needed for renovations, equipment, furniture, and staff. As of July, they had collected $275,000.

“It’s an exciting season in our church’s life,” says Nardozza. Being a Sunday school teacher and mom of a three-year-old son, she will be glad for a dedicated space for children and outreach. As the potluck coordinator, she looks forward to having space to increase potlucks from four or five times per year to every four-six weeks.

Westside has already heard interest from the YMCA and others about using space. “We want to welcome the community in!” says Manafo.

In the middle of renovations, fundraising, and transition, Westside offered their ninth annual tax clinic, a free service to individuals under the poverty line, Apr. 21, 2018. Fairview Alliance Church gave Westside the use of their building for the event. 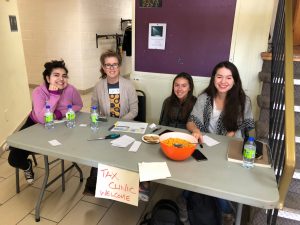 Oscar Cardoso started the tax clinic in 2008, shortly after he and his wife began attending Westside. Having worked as a financial advisor, he saw a need.

“People require help with personal finances and how to deal with the government on a yearly basis about money,” he says, “If the church can be the linchpin for this relationship, let’s make it happen!” 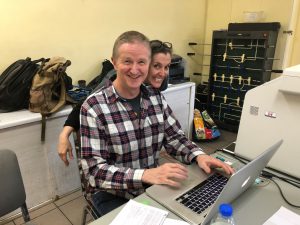 With an average attendance of 130 adults, Manafo says Westside couldn’t sustain this ministry without partnering. Canada Revenue Agency sends 7–10 volunteer tax preparers. Only one was connected to Westside and three had no church affiliation.

CRA reported that past volunteers requested to return to Westside, says Viviane Dustin, the current clinic coordinator. “It’s fun to rub shoulders with them all day,” says Manafo.

Westside also partners with a local food bank, giving 1.5 percent of their total budget, and sending volunteers for weekly food preparation and drivers for Christmas deliveries. “We’re not sustaining that whole ministry, but we have a chance to do what we can.”

“I would encourage churches to partner rather than create new programs,” says Manafo. “It’s a great way for our resources to go a long way.” 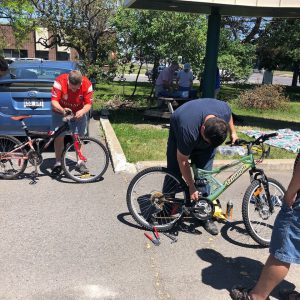 So much collaboration for the good of West Island began, says Nardozza, with “local pastors who wanted to put some action to their prayers.”