What's New
A FOCUS on Mission
Must Patience Be So Slow?
Harold Jantz: A Heart for the Mennonite Story
Lorlie Barkman: A Life of Creative Engagement
Last Days, First Days
Women in Ministry: Bertha Dyck
January Moment in Prayer “Holy Spirit—Fill Us!”
The Church as the Patient Body of Christ
Advent: Making Much of Jesus: Christmas Day
Advent: Making Much of Jesus: Fourth Advent
Home News Central Church crosses the bridge 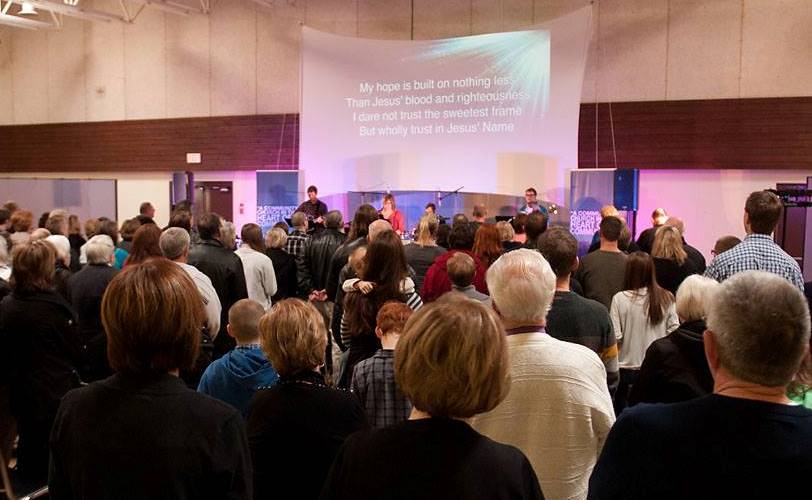 An MB church in Chilliwack, B.C., has opened a second campus just across the Fraser River, in Agassiz. It also marks a new start for two remnant Agassiz home groups who lacked a local church following the closure of Mountain View Presbyterian.

They approached Central and Promontory MB churches in Chilliwack to explore a partnership, says Central Community Church lead pastor Ron van Akker, and after discussion and prayer, and collaboration between the two established congregations, the decision was made in September in favour of an expansion by Central.

Following meetings to gain the wisdom of C2C church planters and others, services started in January. The formal launch occurred Jan. 19, 2014.

Central’s leadership decided to rotate the preaching team to include Agassiz, rather than “go electronic.” They appointed Eldon Fehr, former pastor of Yarrow MB, to oversee Agassiz congregational needs.

The Sunday services are held in the Agassiz Agricultural Hall, with initial average attendance surpassing 100 per week.

Agassiz, once a small farming community, is growing. It now boasts a population of more than 6,000 residents (close to 9,000 in the wider farm area).