What's New
MWC Assembly small but full of joy
Bad back doesn’t hold back MDS volunteer
Transition in CCMBC National Faith and Life Leadership
Leading through the trauma of covid: Part three...
The church distracted: When the main thing is...
Remote wilderness rescue turns into service with MDS...
How open is your mind?
Following Jesus together across barriers
2022 National Faith & Life report to the...
CCMBC 2022 national assembly summary
Home News Church planting in Canada: A life and death venture

Church planting in Canada: A life and death venture

About 10 years ago, The Metropolitan Bible Church, Ottawa, was healthy and growing, so they decided to start a congregation on a nearby campus. “How hard can this be?” asked pastor Tim Auld and his leadership team.

The Met hired a great speaker who, together with his wife, tried to form a satellite church among students on a nearby campus. “We failed miserably,” says Auld. “We invested a lot and we ended up crushing the spirit of this young [church planting] couple.”

Too old to give birth? 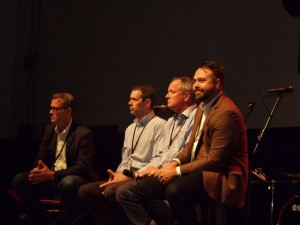 The 82-year-old congregation felt like the matriarch Sarah – too old to give birth. Maybe they should be satisfied with a robust congregation of 2,200 and forget about planting.

“God kept challenging us to go after his promises,” says Auld, citing Genesis 18:14: “Is anything too hard for the Lord? I will return to you at the appointed time next year, and Sarah will have a son.”

Today, in partnership with the C2C Network (the church planting arm of the Canadian Conference of MB Churches), The Met is expecting.

C2C helped the church assess and discern planters Jeff and Ruth Scott, and is also training and mentoring the couple. If all goes well, by spring 2016, The Met will give birth to a daughter church in the Westboro neighbourhood of Ottawa.

“Church after church is closing [in Canada],” says Auld. However, “if we continue to turn to God and reach out to him in faith, no congregation is too old to begin again.”

Life comes out of death

Yet, sometimes closing the doors is exactly what a congregation needs to do, as Brian Ekk discovered. 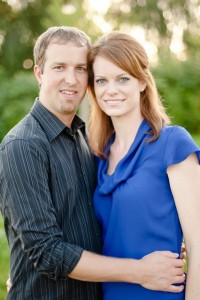 “We did not have a critical mass to do ministries and lacked a strong push forward. We knew something had to change,” says Ekk, former lead elder at South Hill Church in Vancouver. South Hill was an amalgamation of two MB churches (historically Germanic Vancouver MB and Pacific Grace MB‘s English congregation, comprised mostly of Canadian-born Chinese). Though 100 people still worshipped together weekly, the group had gradually declined over its six-year history.

Interim pastor Adam Wiggins suggested leaders talk to Brett and Alison Landry who were starting an MB church in the South Hill neighbourhood. “From the very first meeting with Brett, I could tell he had great passion and vision,” says Ekk.

At first, the South Hill leadership team thought they could partner with the Landrys and Christ City Church. But after much prayer and many discussions, they concluded God was directing them to close South Hill and give the building and the assets to Christ City.

“That meant we had to give up our leadership positions, our friends and our community,” says Ekk. “We gave up control to God.”

After one-on-one discussions, prayer times and some painful meetings where people expressed anger and grief, a strong majority of South Hill’s congregation voted to let the church die to benefit God’s kingdom.

Two-year-old City Church has grown to some 250 attending two weekend services. It attracts people who have never believed in Jesus, Christians from other churches and people who have drifted from the church.

“We would never have dreamed of all the new friends we have met,” says Ekk, who now leads a City Church community group in his home with his wife Jodi. “I have seen a huge revival in my walk with God.”

Brett was humbled by the gift of the building and South Hill’s assets. “Life comes out of death,” says Brett. “One day, the test will come for me. Will I have the humility that was modelled for us [by the South Hill congregation] to give away myself and my ministry?”

Brett is thankful for the mentoring and support C2C provides. Born and raised in Alberta in a non-Christian home, he came to Christ at 20 and attended Bible college shortly afterward. Even before they married 12 years ago, Brett and Alison sensed a call to one day plant a church in Vancouver. “C2C took seriously our call to plant and not just equipped us but resourced the call,” he says.

After being assessed and going through a discernment process with Alison, Brett was invited to meet monthly with a “cadre” of other church planters. “I was so excited because I had found a band of brothers.”

Landry and Auld shared their stories at Church Multiplication Conference, a C2C gathering of church planters and Christian leaders from across Canada, May 12–13, 2015, at People’s Church, Toronto. (See below for speaker roster.)

C2C national missiologist Bill Hogg encouraged those gathered not to shrink back from preaching that Jesus is Lord in Canada’s marketplace of religious pluralism, but to do so “energized by the breath of God.”

“Are you convinced that men and women and young people are lost without Jesus?” Hogg asked. For many, “lostness” is unpalatable and eternal punishment is under debate, yet “gospel proclamation is of utmost importance because it is of eternal consequence,” he said. “Does the disturbing truth of eternal punishment have any impact on our lives?”

The speakers told inspiring stories on a variety of topics like multicultural and street level ministries, rural strategies and urban missions, but there was not a lot of practical teaching that leaders could implement. Round-table discussions helped leaders to apply what they were hearing and to learn from others. Times of passionate prayer and worship gave opportunity to respond on a heart level.

C2C staff and planters pray daily at 10:02 am and pm that the Lord of the harvest would send more workers into the fields (Luke 10:2). But they are careful not to try to make it happen on their own. “We don’t tap anybody on the shoulder [to become church planters]. We wait for them to come to us. We believe the Lord calls them,” says C2C national director Gord Fleming. Each couple who contacts C2C is asked to go into a season of prayer to listen for God’s confirmation of their call.

A safe place to communicate

Church planting can take a toll on marriages. Recognizing it is critical to invest in these couples, C2C appointed Karolyn Burch to a half-time position of caring for the spouses of church planters. “We create a community of sisterhood and friendship among the planters’ wives,” she says. “They need a safe place to communicate with each other.”

These “amazing women” sometimes have jobs to support the family while the church gets going. They entertain people in their homes and fill in the gaps: teaching children, leading worship, or whatever is needed. “We want to help them be in it for the long haul,” says Burch. 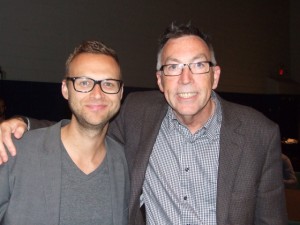 —Sandra Reimer is a freelance writer who worships at Glencairn Church, Kitchener, Ont.

Me, my wife and my daughter lived during 4 months in Abbotsford, and we had the opportunity to visit some MB churches there. Great places, lot’s of people, fantastic facilities, great programs. Compared what we have in Portugal it’s such a huge difference, but surely the sense of a closer, warmer and more solidarity community is very present. The church planting we did, back to Summer 2005, there were high expectations that we would have a “normal”, vibrant, dynamically growing church, but soon we found that God kept giving us new people…but also we saw them leaving our church, not because they didn’t like our work, but because families were relocated, emigrated. But year after year we saw God giving us a new group of people that arrived and never left. That’s our group now, if I tell you that in our church community we have – people with terminal diseases, people who’s mobility is slow, due to strokes, people that had domestic violence issues, people that are mentally retarded with more than 60%, people that were divorced, a family with an extremely rare DNA problem, alcohol and drug addictions, single mothers, Alzheimer’s – 80% of this group are members from our church, we have 20% of “normal” people (if we can actually say that we are really “normal”…) but the way all of us built such a close and amazing group it’s a reason to praise God! If you visit our church you mind find that when we sing there are people out of tune, you might see a brother slowly moving out and make some loud noise, you might see someone approaching you and hugh you very intensely…but God brought this wonderful group to us, and we love them. We are surely a small church, but God is there always and blessing us tremendously.
Sometimes we have very high expectations, but God works out in some amazing ways to retool our dreams.
I had some friends asking me to join our community, and I always tell how is our church and our unique identity…I’m not surprise or shocked if I see them leaving after some months.