What's New
Through the conflict, life carries on in Ukraine
A FOCUS on Mission
Must Patience Be So Slow?
Harold Jantz: A Heart for the Mennonite Story
Lorlie Barkman: A Life of Creative Engagement
Last Days, First Days
Women in Ministry: Bertha Dyck
January Moment in Prayer “Holy Spirit—Fill Us!”
The Church as the Patient Body of Christ
Advent: Making Much of Jesus: Christmas Day
Home News Working through churches, Foodgrains Bank’s crisis response is nimble 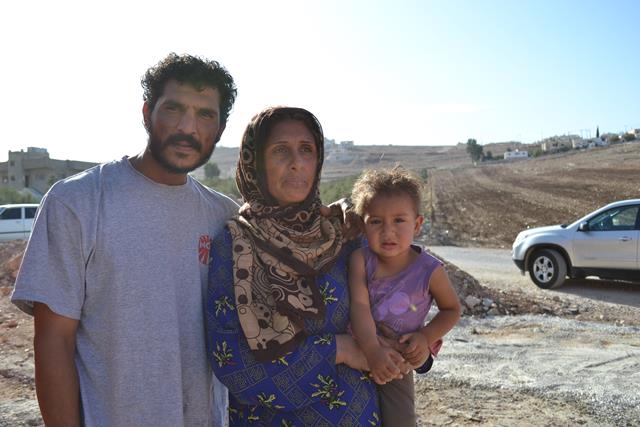 Syrian refuge Abdel el-Razek with his wife and baby outside their home in an informal tented settlement on the outskirts of Irbid, Jordan.

“The level of need in Syria is tremendous”

With half of Syria’s population of 22.4 million now food insecure and one-third Syrians in need of urgent assistance, the World Food Program of the United Nations is making an urgent appeal for help.

Saying that the crisis in Syria is “the worst humanitarian crisis that we have seen in decades, Muhannad Hadi, the World Food Programme’s emergency coordinator for Syria, appealed to the international community for $6.5 billion to help people affected by the fighting in that country.

Altogether, more than 126,000 people have lost their lives in the conflict, while more than 2.3 million people have fled to Lebanon, Jordan, Turkey, Iraq and Egypt.

Inside Syria, rising food prices is one of the major reasons people can’t access food. The cost of bread has risen by up to 500 per cent in some regions of the country, and even the cost of many basic household items is now unaffordable for most people.

To date, the Foodgrains Bank has provided $5.8 million to support programs implemented by its members in Lebanon, Jordan and Syria. About 50,000 people per month are receiving food or vouchers to buy food in local markets.

“Our aid fills a critical niche,” says Hillier. “Working with our members through local churches, we are able to be nimble, and step into the gap sometimes left by the UN system.”